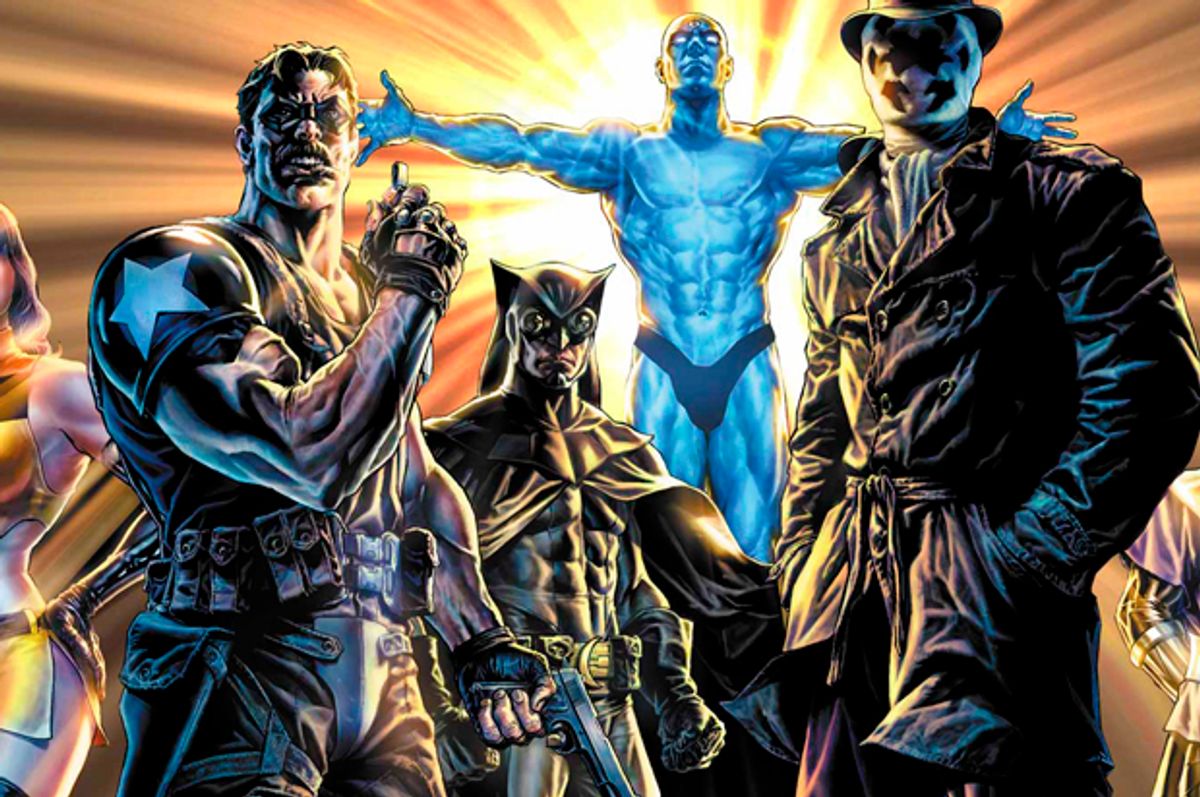 There's reason to hope that Alan Moore's seminal, classic comic-book series "Watchmen" may finally get the adaptation it has always deserved.

"Lost" co-creator Damon Lindelof is in talks with HBO over adapting "Watchmen" into a TV series for the network, according The Hollywood Reporter. Lindelof is also behind the recent big-screen adaptations of "Star Trek" and created the critically lauded "The Leftovers" for the premium-cable network. Zack Snyder, who directed a 2009 film adaptation of "Watchmen", who was on deck to produce the series for HBO, has apparently left the project.

Published in separate issues from 1986 to 1987 and then bound into a single collected volume, "Watchmen" was picked by Time Magazine as one of the 100 greatest English-language novels published since 1923 (the only comic to make it on that list). BBC has hailed its publication as "the moment comic books grew up."

Although story of "Watchmen" is set in motion by the murder of a superhero named The Comedian, the tale really has less to do with costumed avengers than it does with the profound philosophical, political and ethical questions that arise from living in the modern world — with or without crusading titans in it. It's also a trenchant, anarchist-inspired commentary on politics and personal identity in the era of Reagan and Thatcher.

Written by comic-book mastermind Alan Moore, "Watchmen" has a rich and layered plot navigated by complex characters. It is perhaps why why Snyder's 2009 film adaptation — which, to his credit, was probably as good as any two-and-a-half hour summary of the material could have been — nevertheless felt anemic and off tone to fans of the Moore's work. When director Terry Gilliam was considered to direct a film adaptation, he ultimately walked away because he realized "it would be better as a miniseries; a five-hour miniseries is what I think Watchmen should be."

As Gilliam astutely put it to IGN, "when you reduce it down to a 2-hour film, you're taking so much textured detail out that it kind of loses what it's about."

HBO did attempt a miniseries in 2014, but that effort ultimately fell through, according to a report by Variety.