Historian and author Joshua Levine on the importance of Dunkirk, the mas evacuation that led to winning the war 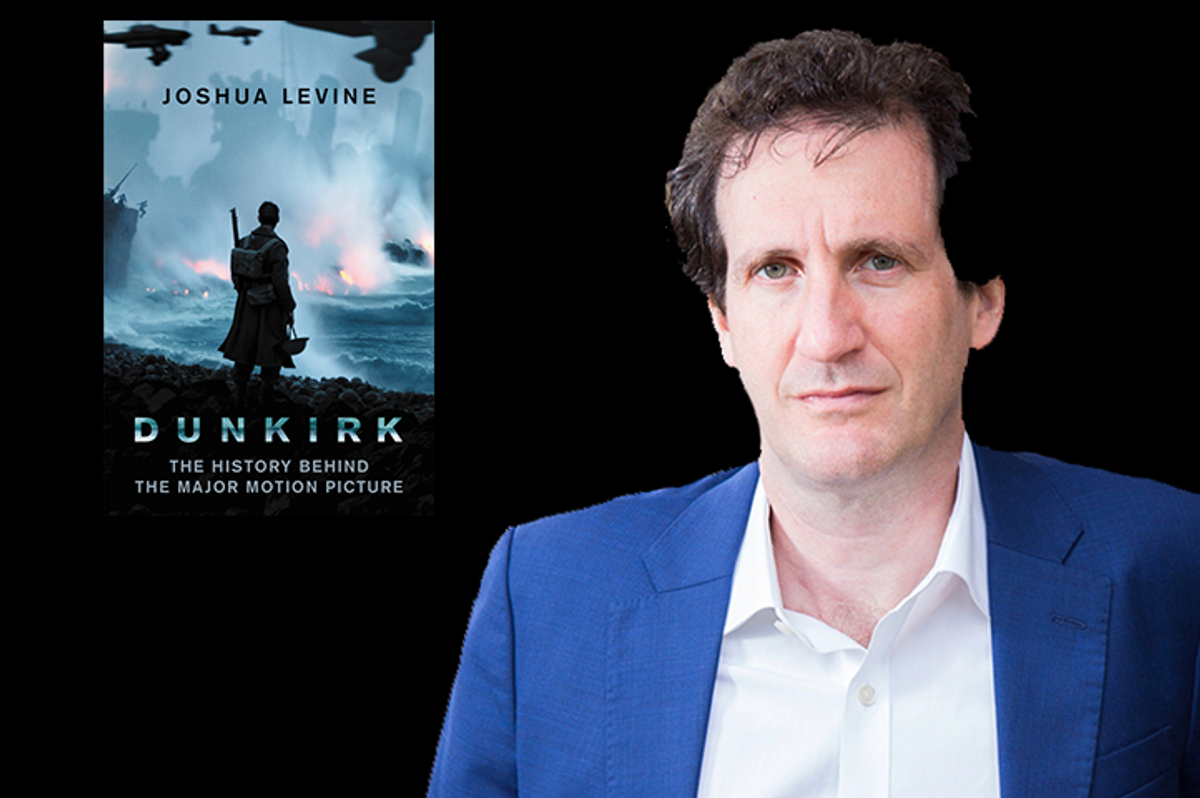 It's not hard for a fiction writer to come up with a chilling alternate history that starts with the Battle of Dunkirk. Had Britain's soldiers been captured or wiped out by the Nazis in the spring of 1940, the Third Reich would have controlled Europe and could have moved their imperial ambitions elsewhere.

While there is no way of knowing with certainty, this could have resulted in the Nazis achieving their ultimate goal of world domination — which means writers like myself and my guest, historian Joshua Levine, almost certainly wouldn't be alive today.

Yet here we are, and I had the privilege of speaking to Levine recently about Christopher Nolan's World War II epic "Dunkirk," for which he served as a historical consultant. Here is what he had to say.

"This film, one of the things I really liked about it is that it doesn't attempt to tell 'the story' of Dunkirk. Partly because that's not fiction's job. A fictional character will walk into a great event and only see one tiny corner of it. That's the way fiction has to work. But beyond that, there was no single story of Dunkirk. There were hundreds of thousands of men over 10 miles of beaches over nearly 10 days. And people experienced all kinds of different things. Things that, on the face of it, completely contradict each other.

"In terms of accuracy, this film is not meant to be a documentary. It can't tell the whole story of Dunkirk. ... What I think it does really well is to get the sense of it, the feeling of it, the atmosphere of it. Dunkirk was a survival story. It was about people trying to get away on an individual basis and, if enough people could get away, then the war could continue.

"It follows the story of a few individuals in three different arenas — land, sea and air — and their attempts to survive. So in that sense I think it's actually very accurate -- in its human aspects, which reflect the bigger historical aspect. But I don't think anybody should watch it in order to get a history lesson. Because that's not what it's intended to do. It's a fiction.

"I think, to put it very simply, it's arguable that the D-Day invasion couldn't have happened without Dunkirk. So it's not that Dunkirk is more important than a lot of other Second World War events. It's just that they couldn't even have taken place without Dunkirk. Dunkirk is often, particularly in America, sort of dismissed as part of a defeat, a terrible defeat, to the British Expeditionary Force and the Allies. Which it was.

"But it was much, much more than that. The escape of the British army meant that the war could continue. Because if the British Army had been taken prisoner, then almost certainly Britain would have had to surrender because it would have had no army to defend itself. Now, if Britain had surrendered, then effectively you would have had the Nazis in control of Europe."