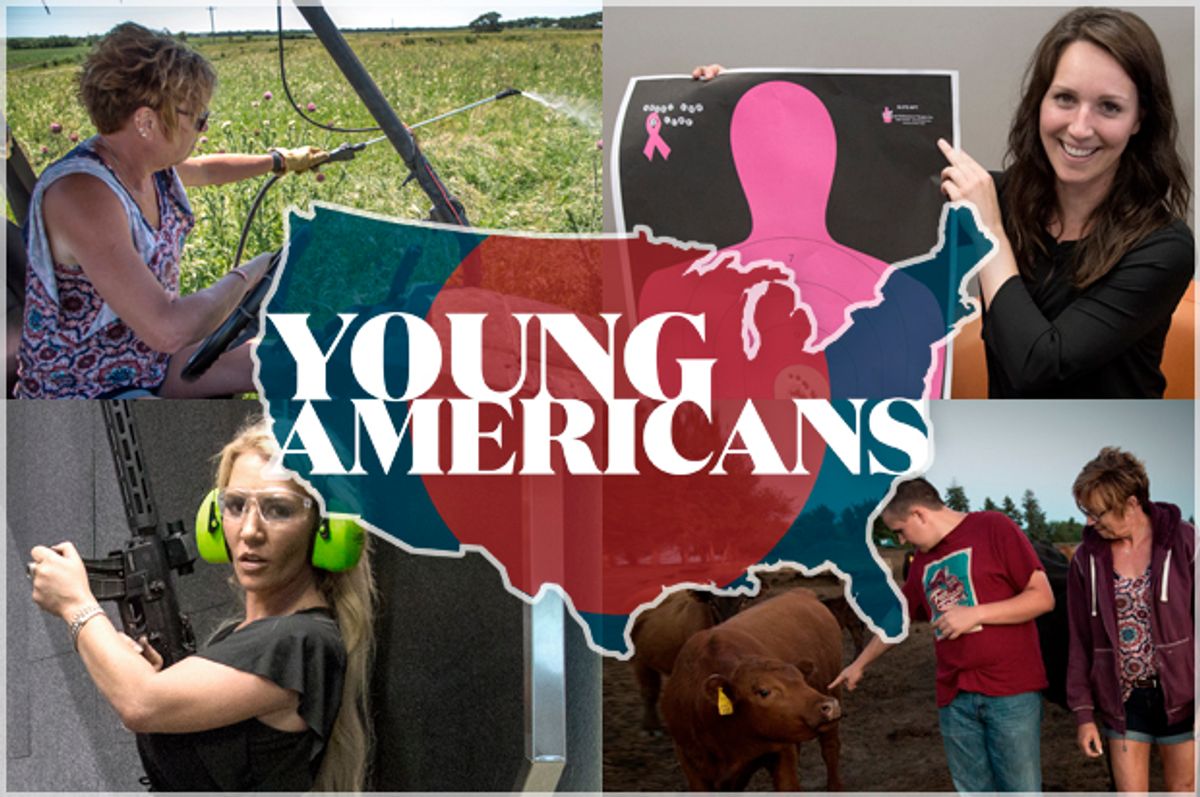 Lately, there isn't much that feels united about these states.

Of course, cultural divides are nothing new — and our nation bears the bitter scars of our historic internal rancor for them. But the 2016 election and its aftermath have left many of us wondering which America we're living in, and where we go from here.

We here at Salon have been asking ourselves a lot of questions over the past few months about the stories the media tells — where they come from and who they amplify. It didn't take long to come to two complementary conclusions: That there is a need to promote the solid journalism being done outside of New York, Washington, D.C. and Los Angeles, and that there is an imperative to encourage strong emerging reporters. We decided to try and do our part to do both.

We reached out to journalism schools in the 30 states that voted Republican in the 2016 presidential election and invited talented students to participate in a project we are calling Salon's Young Americans. What we got back has been tremendous.

Over the next year, you'll be seeing engrossing new stories — written reporting, photo essays, and more — from the nation's most promising emerging journalists. Journalists who know their states — the personalities who inhabit them and the issues that concern them. You'll meet an up-cycling artist in Alaska and a new sheriff in Arizona. You'll learn about how Louisiana is bracing for hurricane season and what Pittsburgh really thinks about climate change, how Tennessee is trying to improve higher education and how one business in St. Petersburg is responding to gentrification.

This week, we are launching with two different views from the heartland: a cattle farming family in Nebraska and the patrons of a gun range in Kansas. Native Nebraskan Alyssa Mae, a student at the University of Nebraska-Lincoln, says she wanted to participate in the Young Americans project "in hopes of giving a voice to the constantly changing Nebraskan political landscape," while our Kansas-based photojournalist and writer, Wichita State's LaRissa Lawrie, says that she got involved "to showcase Kansas as a community rooted in connection and empathy." Though the work of all of our Young Americans, we hope to provide a vision of an America that's divided, yes, but diverse, and of a people who can't be defined by a simple primary color on an electoral map.

We are so proud of this group of talented young men and women, and we are eager to recruit more. If you are a current journalism student in a red state — or a university journalism department professional who knows a promising candidate — and are interested in hearing more details about our initiative, please email ya@salon.com for details.