The uncanny similarity between David and Sanders is, apparently, not a coincidence 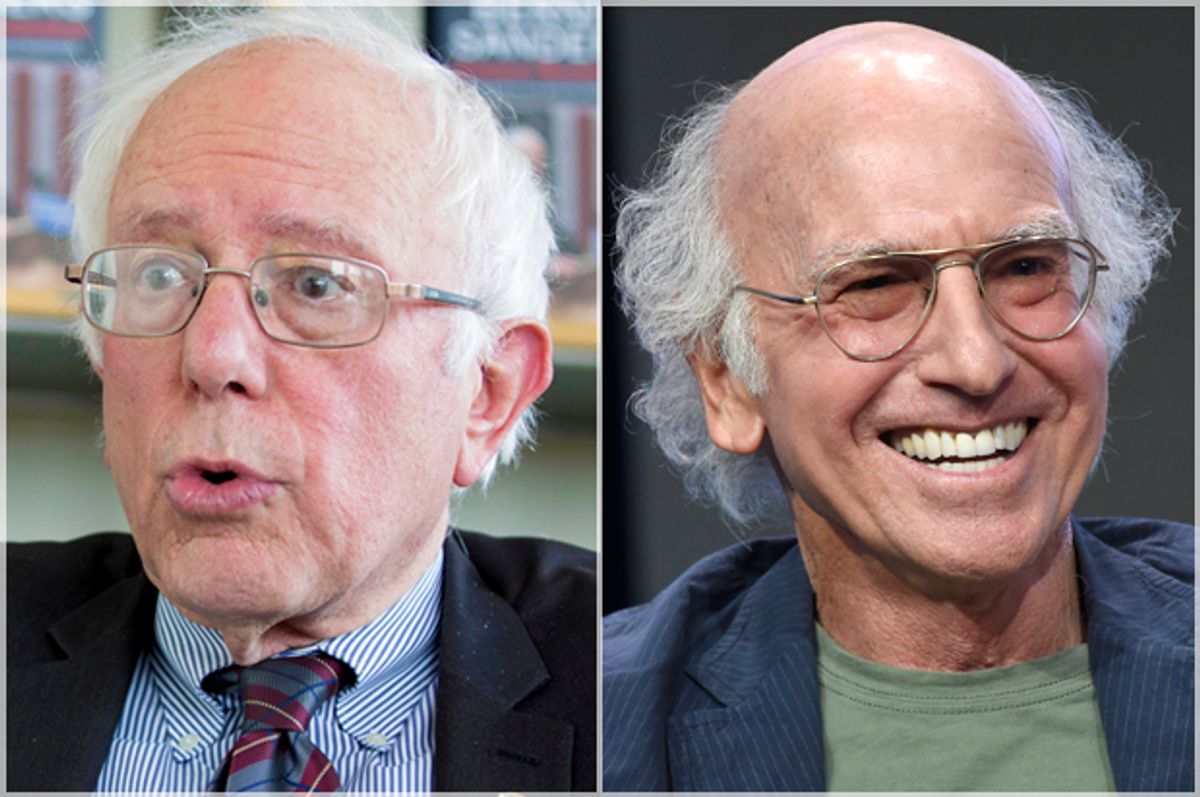 If you were a fan of "Saturday Night Live" during the 2016 presidential election (and let's be real, who wasn't?), then you probably remember Larry David's spot-on impression of Sen. Bernie Sanders of Vermont.

Whether you backed Sanders or his chief opponent, former Secretary of State Hillary Clinton, the chances are you could agree that David's impersonation of Sanders was so uncanny it almost seemed like they were related.

As it turns out, that's because they are related.

An upcoming episode of the hit PBS show "Finding Your Roots" will reveal that David and Sanders are distantly related, according to a report by CNN. Although David had been told to keep this news as a secret, a reporter who had seen an advance screener of the episode asked him about the revelation during a Television Critics Association press tour.

After saying that he was "very happy" about learning that he and the cantankerous democratic socialist were related, David admitted that he didn't remember exactly how they were genealogically connected. He speculated that Sanders was "like a third cousin or something."

He also seemed unsurprised to learn that he and Sanders share roots. "I thought there must be some connection," David said. "I love Bernie."

The series "Finding Your Roots" has not been without its share of controversy. It was temporarily suspended in 2015 after it was discovered that actor Ben Affleck had pressured producers into omitting reference to ancestors of his who had owned slaves. PBS decided not to air the show again until there were staffing changes.