A sanctuary for women in recovery: "There’s not a woman that walks through the doors that hasn't experienced something" 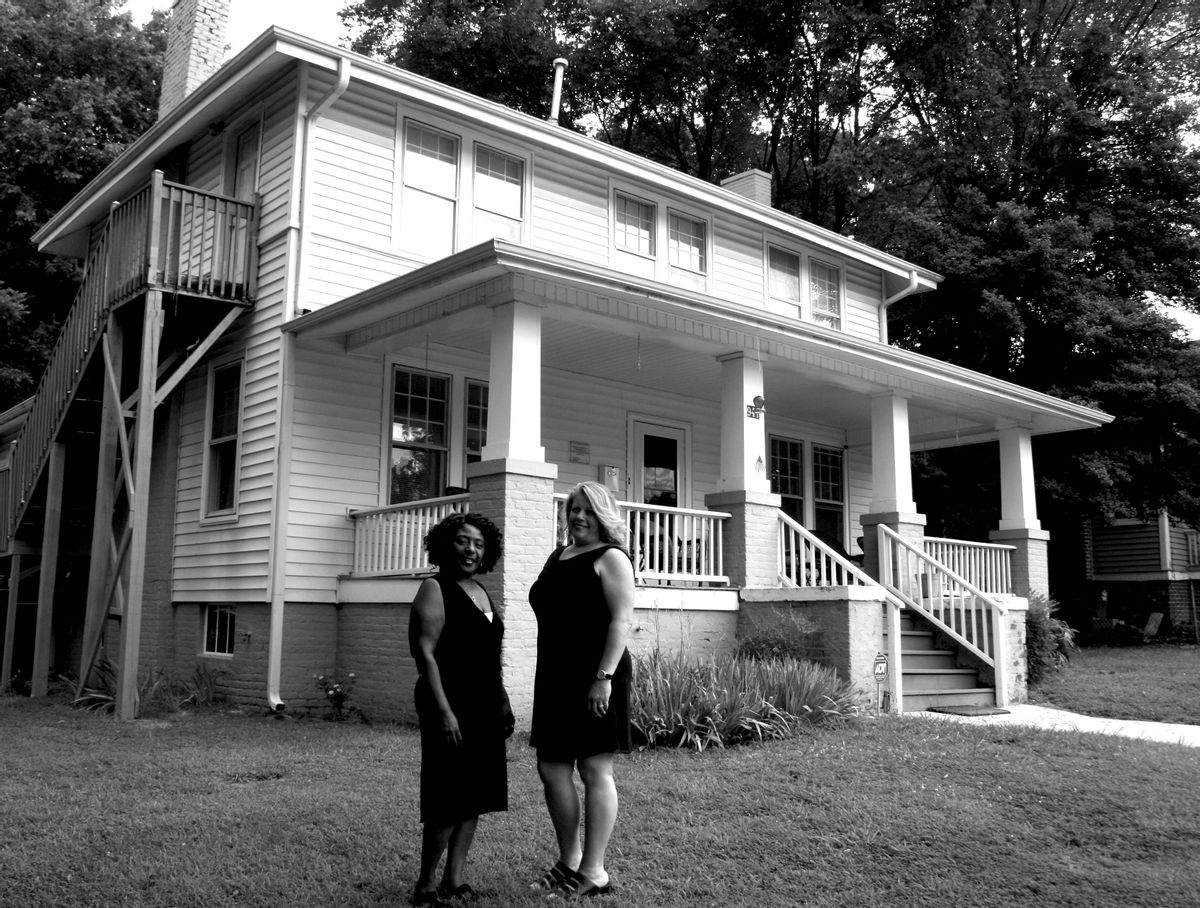 Kristin O'Leary, Vice President and Denita Mitchell, Program Manager of Hawley House, stand outside the doors that once welcomed them in. (John Higgins)
--

Some people bring out the best in you, while others can bring out the worst. And then there are those rare human forces like Kristin O’Leary, who quietly demand the most from you. As vice president of the only North Carolina state licensed recovery facility for women diagnosed with substance use disorder, O’Leary has made Hawley House a sanctuary in more ways than one, for the women who enter and leave the center. Leading the women in daily worship and bold reverence of their sacred lives, O’Leary’s own journey through addiction and substance abuse serves as the daily offering of comfort and hope.

O’Leary was just six-years-old when her maternal uncle began to repeatedly molest her. “He got me in trouble with my grandfather, told him I had done something that I didn’t do, something he did. My grandfather believed him, and then spanked me with a plastic shoe horn,” O’Leary recounts. “It scared me for life.”

It was only a decade later that O’Leary found herself playing for a Triple A softball team when the coach’s brother-in-law, a Colombian drug dealer, kidnapped and raped her. Eventually, she found an opportunity to escape. After developing a severe case of PTSD and law enforcement suggesting she be placed into the witness protection program, O’Leary found security in enlisting in the United States Army.

“There’s not a woman that walks through the doors of Hawley House that has not experienced something that I can’t give them experience, strength and hope on,” she says.

Hawley House, a modest yellow fixture with white shutters and a front porch made for housing soul-touching conversations, is unique in its approach to recovery. “We leave nothing to question," O’Leary explains. "We have a 14-day jump-start plan when our clients first arrive. We accomplish several tasks in those first 14 days, and then we start working on the treatment/rehabilitation plan that it is uniquely written for each individual client.” The six-occupant home is facilitated through the Winston-Salem’s YWCA chapter and goes beyond the traditional treatment and medical care. “We have collaborated with numerous agencies so that all the services that our clients receive are brought to them at our facility so that they aren’t exposed to less than desirable areas that they would have to go to otherwise," O’Leary says. "If we do not have funding for a certain, task then our staff transports the clients to where they must go, to receive services and are there to help in any way.”

Drug abuse can be an alluring escape from reality, and for the women who enter the doors of Hawley House, their hope is to leave having created a better and new one. With an 80 to 85 percent success rate in recovery this last year and having been instrumental in the reunification of 16 families, Hawley House, much like the women who enter, is a unyielding reminder that the work put in on the inside is what matters most.

“My hope for every single woman that enters the Hawley House is that they accept the love that they are given from the moment they enter, that they receive it and learn to hold on to it until they learn to love themselves,” says O’Leary. Addiction is not a one-woman fight, and Hawley House is here to remind us all that it takes an army.