"I want tariffs": Donald Trump reportedly railed at his staff over trade policies 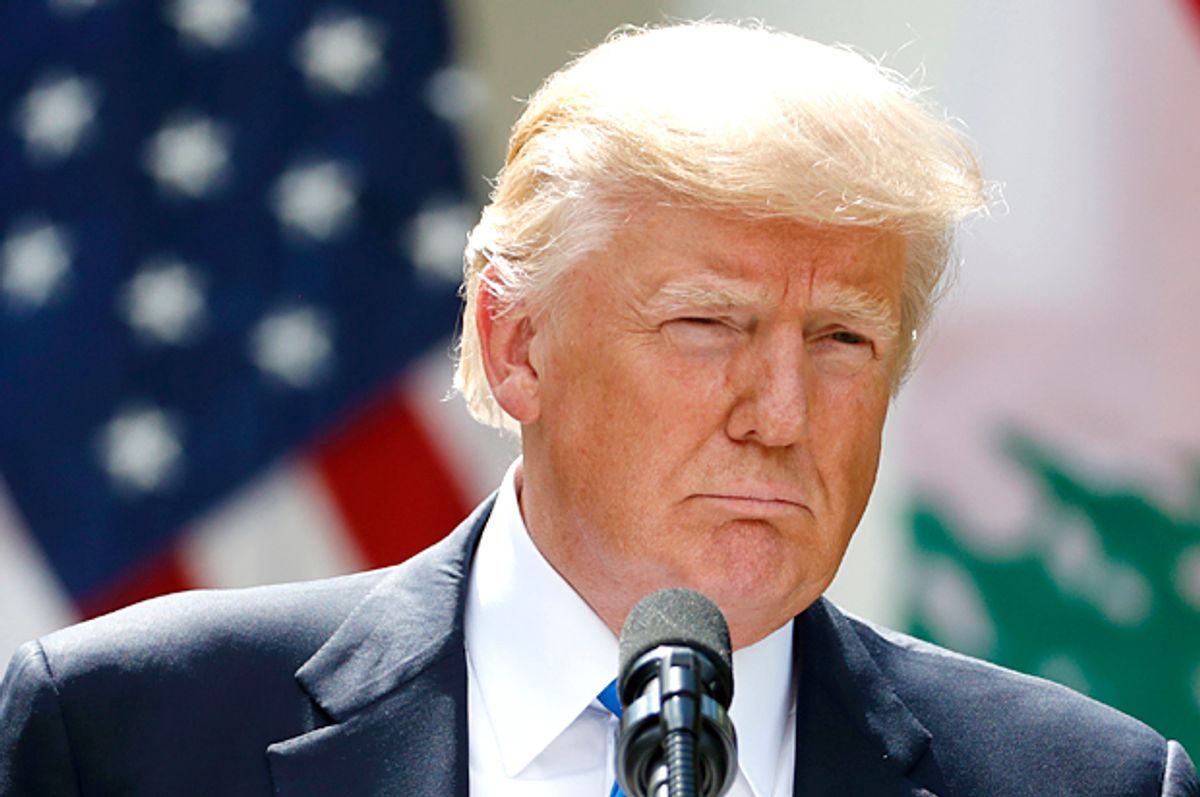 A new report reveals that President Donald Trump is determined to raise tariffs, despite the strong reservations of many of his own economic advisers.

During the first week when Gen. John Kelly served as Trump's chief of staff, the president convened an Oval Office meeting with economic adviser Gary Cohn, U.S. Trade Representative Robert Lighthizer, senior trade adviser Peter Navarro and his former chief strategist, Steve Bannon, according to a report by Axios. Although the purpose was to discuss allegations that China has stolen American intellectual property and technology, the meeting quickly turned into a broader discussion on American trade policy.

Trump is reported to have told Kelly, "John, you haven't been in a trade discussion before, so I want to share with you my views. For the last six months, this same group of geniuses comes in here all the time and I tell them, 'Tariffs. I want tariffs.' And what do they do? They bring me IP. I can't put a tariff on IP."

Trump added, "China is laughing at us. Laughing."

Axios reports that the pro-free trade Cohn "had his shoulders slumped and was clearly appalled by the situation." This would be consistent with the broader trend of Cohn having sharp differences with Trump, most prominently over the president's avowed sympathy for white supremacist protesters after Charlottesville.

Later during the meeting, Trump told Kelly that his advisers weren't offering tariff increase proposals because "I know there are some people in the room right now that are upset. I know there are some globalists in the room right now. And they don't want them, John, they don't want the tariffs. But I'm telling you, I want tariffs."

The reference to "globalism" is a potentially controversial one, given how that term is often a coded form of anti-Semitism. When confronted about Trump's use of the term during the 2016 presidential election, campaign spokeswoman Hope Hicks said that it refers to "an economic and political ideology which puts allegiance to international institutions ahead of the nation-state; seeks the unrestricted movement of goods, labor and people across borders; and rejects the principle that the citizens of a country are entitled to preference for jobs and other economic considerations as a virtue of their citizenship."

Decades before the 2016 election, Trump had a longstanding opposition to American free trade policies. Back when he briefly considered running for president in 1988, Trump had opposed free trade on the grounds that it was causing America to lose to nations like Japan and Kuwait. While those countries have been replaced with China and Mexico, it seems the gist of Trump's protectionism remains intact nearly thirty years later.