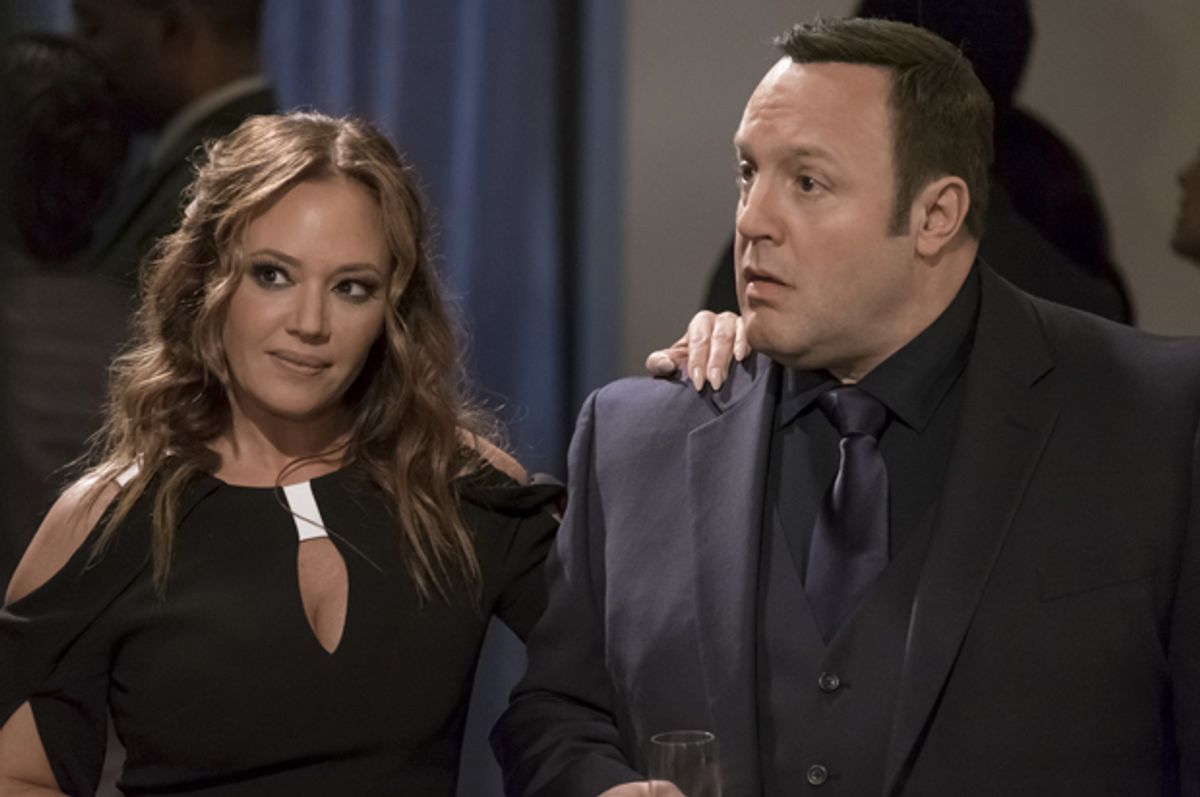 According to actress Leah Remini, who's made waves with her acclaimed TV series "Leah Remini: Scientology and the Aftermath," the the Church of Scientology pushed her to recruit her "King of Queens" co-star Kevin James.

In an interview with People Magazine, Remini claimed that the church "always tried to get me to, [asking] 'Why is he not in? Why have you not promoted it to him?'" Remini was a devout member of the Church and an advocate for its benefits and its beliefs for many years before leaving its community and turning against its leadership.

According to Remini, however James' Catholicism made conversion a non-starter in her eyes. "I was like, 'Because he’s Catholic. He doesn’t want anything to do with it,'" she said. "They let it go after a while, but usually you’d be expected to recruit, especially with somebody you work with for nine years."

Remini's claims underline and surface a particularly interesting line of thought she alleges the Church holds. She says that representatives of Scientology said to her, "'Yeah, but if you get [James] in, you've got to find out what's ruining his life.'" She claims that she responded, "'There's nothing ruining his life, he's happy. I know it's very hard for you to understand here, but he doesn't want anything to do with it.'"

Representatives for the Church have denied Remini's claims above.

Remini has also depicted James in glowing terms regarding her decision to leave the Church of Scientology, referring to him as one of many "real friends" who supported her during that tough time.

According to Remini, "He reached out to me and said, ‘I’m so proud of you; if you need anything, I’m here.'" The two will soon be starring together again in the comedy "Kevin Can Wait".

Remini's "Scientology and the Aftermath" has made a number of shocking claims about Scientology. These include claiming that Scientology leader David Miscavige physically attacked fellow Church members, that the Church has a detention center called "The Hole" in which members are subjected to various forms of physical and psychological abuse, that every meeting is recorded so that potential defectors can be discredited, that the Church's message is homophobic and that cases of sexual abuse are dealt with inside the church because it is forbidden for one member to prosecute another. The Church denies all of these allegations.

Both Remini and other defectors from the Church claim that the organization also still practices its policy of "Fair Game," which states that it is morally acceptable for current members to destroy individuals who criticize their organization, another thing representatives deny.