The data behind the gentrification of Burning Man

Is Black Rock City becoming another outpost of Silicon Valley? Here's what the numbers say 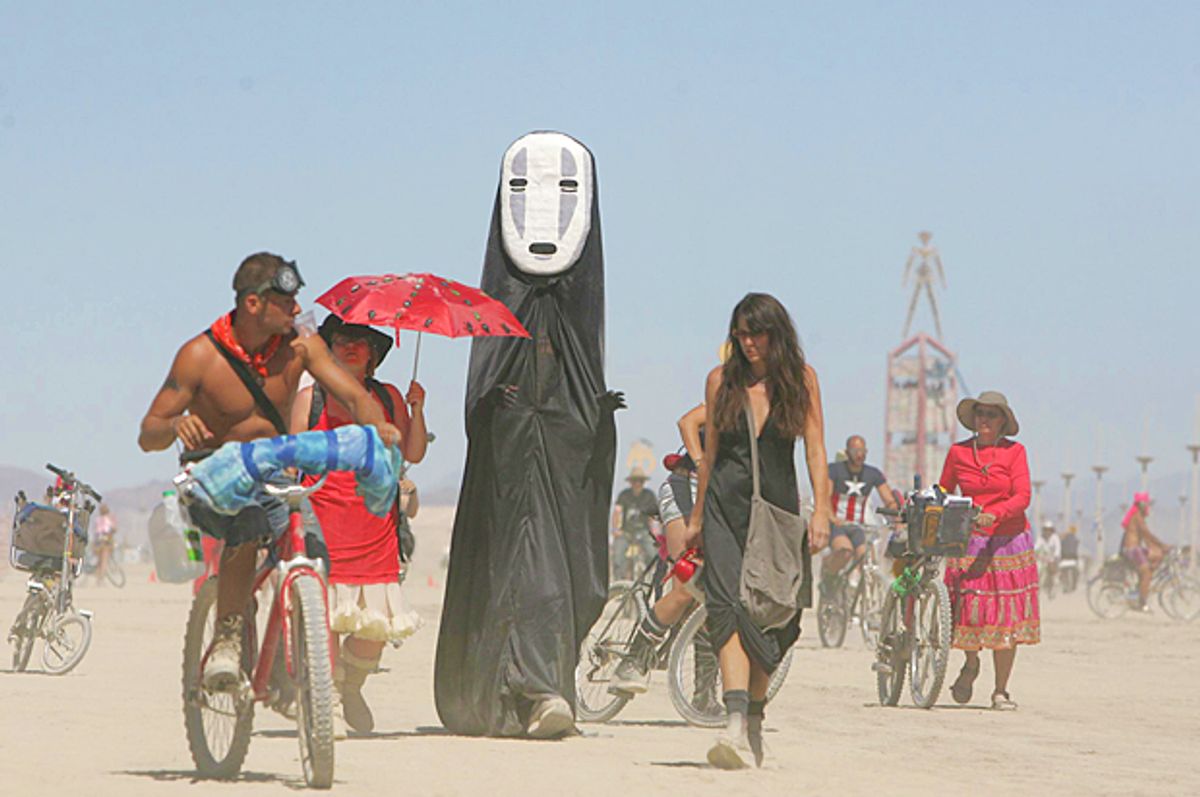 As I write this, tens of thousands of people are descending on the ersatz town of Black Rock City in the remote Nevada Desert for Burning Man, the annual “festival” that culminates in the burning of an enormous effigy. Of those estimated 60,000+ attendees, the plurality are upper-middle class or wealthier, white (80 percent of attendees, in fact), and/or techies. What began in the late 1980s as a freeform, inclusive counterculture-inspired creative gathering has morphed into a status symbol for the pampered tech elite and their lackeys, many of whom pay tens of thousands of dollars for luxury experiences that resemble a vanity getaway.

The stories about the ways that wealth and tech gentry have invaded Burning Man are telling. Google used Burning Man as a venue to interview its CEO Eric Schmidt, believing the creative environment would spur a better candidate interview process. In the past decade, “turnkey camps” have emerged, lush quarters prepared by oft-exploited laborers and rented by those who can afford five-figure sums. And there are charter flights that will take you directly from Silicon Valley to Black Rock City’s temporary airport for a cool $1,463 round-trip.

In short, Black Rock City has been gentrified. This isn’t merely the opinions of a few dozen disgruntled Burners — it’s actually backed up with data. Black Rock City has many of the trappings of a “real” city, including a census. That means we can actually see how it’s changed over the years.

Thanks to the volunteer work of some inquisitive academics who moonlight as Burners, there is a fairly comprehensive census taken at Burning Man each year with a generally good sample size. Most years, the census has asked demographic questions about income of attendees, and the results are curious.

Likewise, the census also studied what median personal income of Burners was. From 2013, that, too, rose quite a bit — from $51,100 in 2013, to $60,000 by 2016. You’ll recall from high school stats that median is different from average income, in that median is the midpoint of a sample size, and is less likely to be skewed by an extreme sample. Indeed, many tech billionaires with eight or nine-figure personal incomes (including Facebook CEO Mark Zuckerberg) are known attendees.

As a caveat, it's important to note that the Burning Man census doesn't sample everyone on the playa. However, many of the volunteers are academics who have been doing this for over a decade, and the sample size is statistically significant, and always in the thousands.

How does a countercultural gathering turn into a festival that rich techies adore, even consider a networking event? I’ve written about this at length before, but the short answer is that the festival never had any kind of egalitarian guarantee in the way that it was laid out and built — meaning that those with more wealth had more power to shape and mold the culture and the landscape. The powerful, in other words, are free to express and extend their power, while the poorer Burners, who may not be able to bring as much, are left in the lurch. It’s a mirror for what’s happening in the real world.

Tellingly, Black Rock City has come to reflect the shifting demographics of its birthplace, San Francisco — which has seen a drastic decrease in its working-class constituency as the city becomes an outpost of Silicon Valley. Black Rock City, despite being temporary, may just be the next town for the tech industry to gentrify — and like many towns on its path, those who run the show seem disinclined to stop it.