Steve Bannon's "60 Minutes" interview is going to be amazing 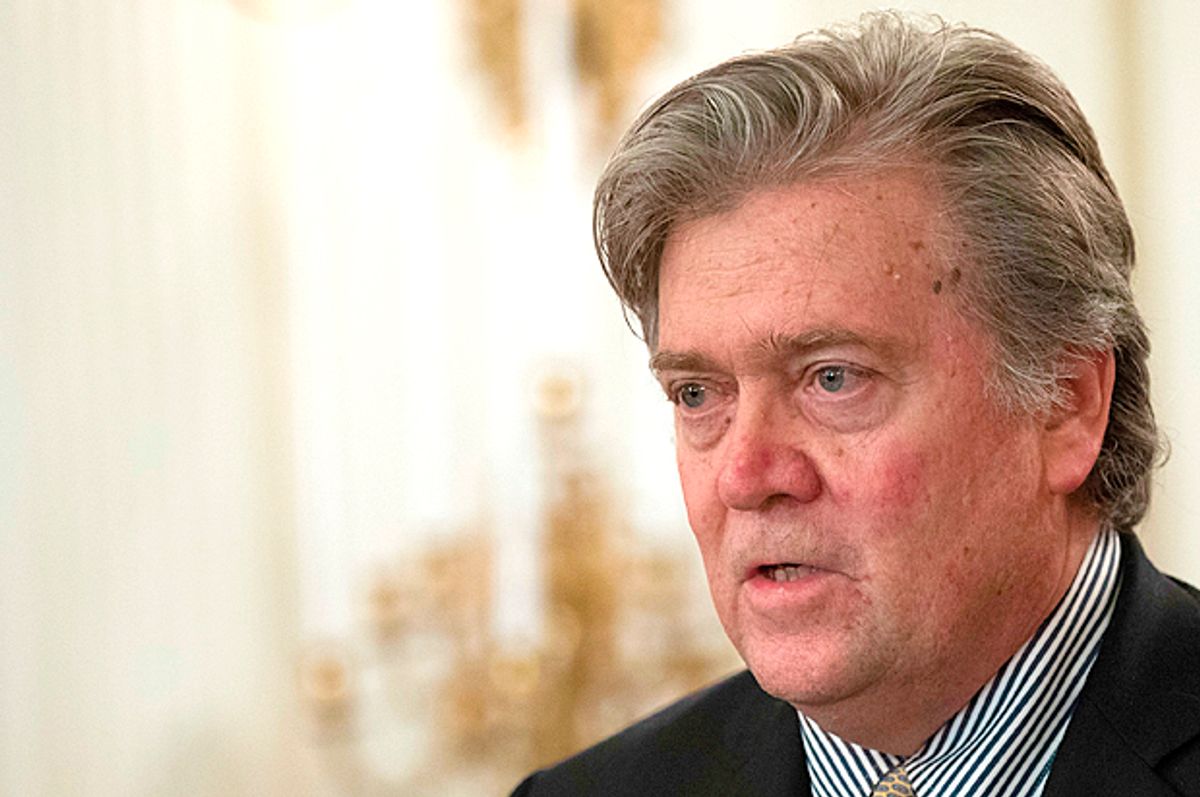 President Donald Trump's former chief strategist Steve Bannon has granted his first interview since being fired from the White House. Based on the clips currently released by "60 Minutes," Bannon defended Trump and lambasted some of the White House's high profile critics during his conversation with Charlie Rose.

At one point in the interview, Bannon showed he was still going to defend Trump, "I don't agree with that DACA decision, but I understand how he struggled with it. I understand how he's giving a possibility of a legislative thing. And he said even last night in a tweet, he would rethink it!"

This referred to Trump's controversial decision to repeal DACA, which allowed the children of undocumented immigrants to remain in the United States without fear of deportation. Trump did not immediately repeal DACA, however, instead granting Congress six months to come up with an alternative plan to allow the so-called Dreamers to stay.

On another occasion, interviewer Charlie Rose asked Bannon how he felt about the Catholic Church's opposition to Trump's DACA policy. Bannon denounced the Catholic Church as "terrible" about illegal immigration and claimed, "They need illegal aliens to fill the churches. That's obvious on the face of it."

When Rose asked Bannon about his image in the media, the pugnacious pundit affirmed the impressions that had been established about him.

"The media image I think is pretty accurate," Bannon told Rose. "I'm a street fighter. That's what I am."

Bannon also had harsh words for Gary Cohn, the Director of the National Economic Council and chief economic adviser to Trump. Cohn was reported to have drafted a resignation letter after Trump defended white supremacist protesters at Charlottesville, although he never submitted it.

"If you're going to break, then resign," Bannon said. "The stuff that was leaked out that week by certain members of the White House, I thought was unacceptable. If you find it unacceptable, you should resign."

When asked for clarification, Bannon said, "I'm talking about, obviously about about Gary Cohn and some other people."