After the Breitbart chief hit the Catholic Church over immigrants, a Catholic nun fired back 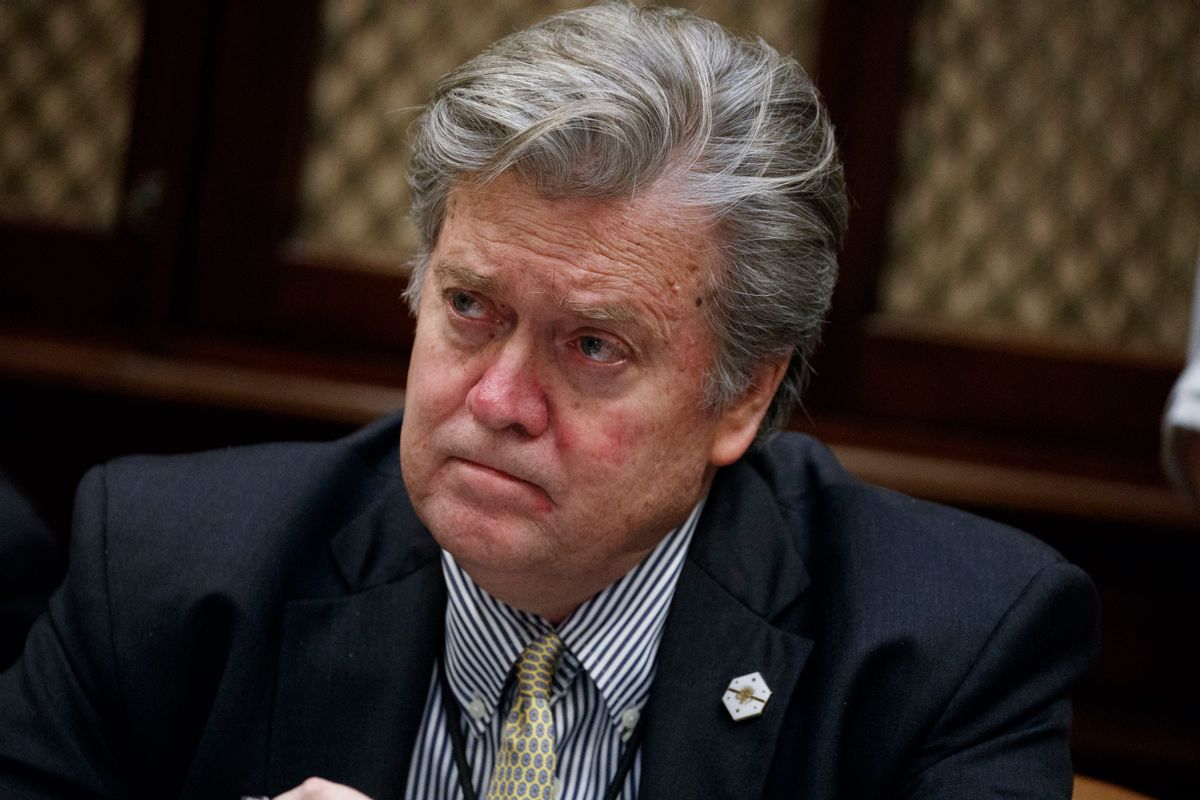 Steve Bannon, the former chief strategist to President Donald Trump, has been publicly taken down a peg by a nun.

The impetus for the Twitter lashing was Bannon telling Charlie Rose on "60 Minutes" that the Catholic Church's opposition to Trump's proposed repeal of DACA was "terrible" and that "they need illegal aliens to fill the churches. That’s obvious on the face of it."

Sr. Simone Campbell, the executive director of the National Catholic Social Justice Lobby NETWORK, had strong words for Bannon on Twitter regarding those sentiments.

Campbell's position reflects the larger sentiment within the Catholic Church. After the Trump administration announced that it would phase out DACA, the U. S. Conference of Catholic Bishops condemned the decision as "reprehensible" and wrote that "now, after months of anxiety and fear about their futures, these brave young people face deportation. This decision is unacceptable and does not reflect who we are as Americans."

New York Cardinal Timothy Dolan denounced Trump's decision on DACA, saying, "This is contrary to the spirit of the Bible and of our country, and a turning away from the ideals upon which our beloved country was founded."

Dolan later denounced Bannon's commentary on the Catholic Church as "a preposterous and rather insulting statement," concluding that "that's insulting and that's just so ridiculous that it doesn't merit a comment."

Dolan added that "the Bible is so clear, so clear, that to treat the immigrant with dignity and respect, to make sure that society is just in its treatment of the immigrant is Biblical mandate."