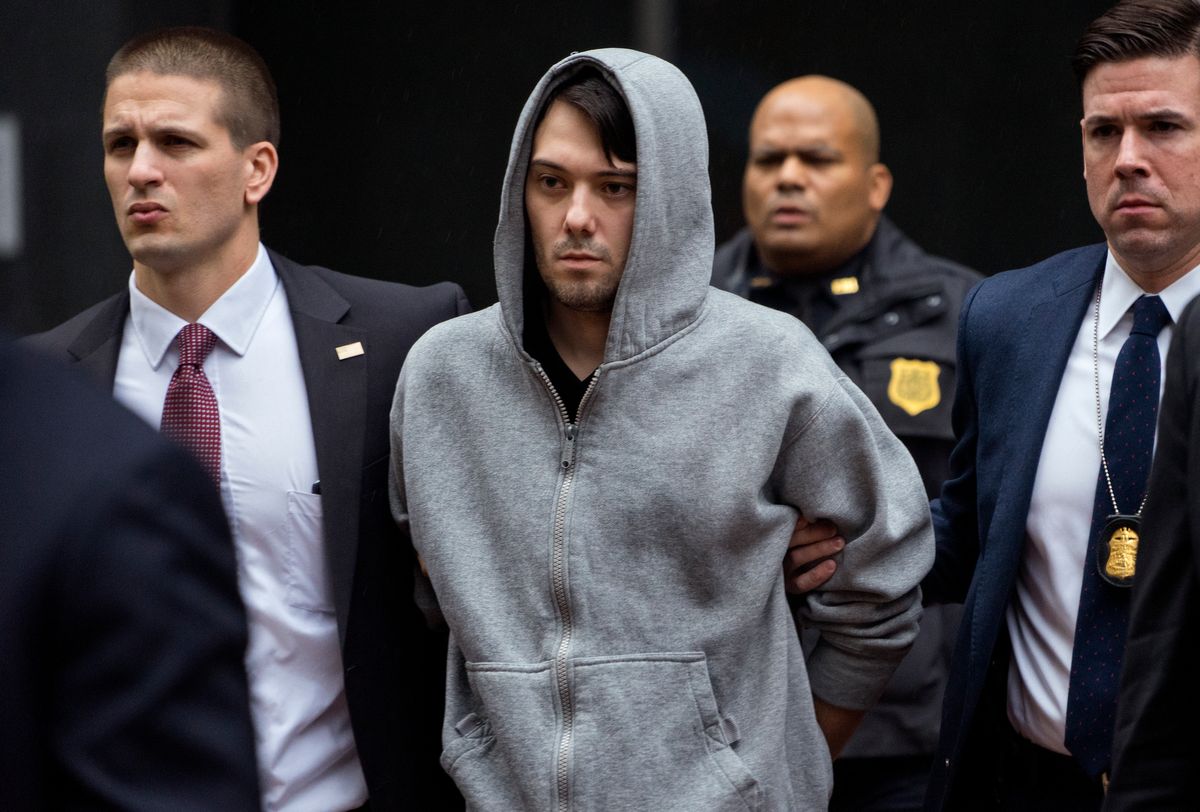 Martin Shkreli — the ethically compromised former pharmaceutical executive, likely sociopath, and media-savvy troll who seemed to relish in the national reports of his bad behavior — is going to jail.

The incorrigible ex-CEO had been found guilty last month on 3 charges of securities fraud, though was out on bail, awaiting his sentencing in January 2018. His bad behavior led to his bail being revoked, meaning Shkreli is headed to jail immediately.

Shkreli had posted on Facebook last week that he would pay whoever could obtain for him a lock of Hillary Clinton's hair, as the former Secretary of State traveled the country on her book tour. As CNN reported, Shkreli's alarming post prompted prosecutors to argue to the judge that Shkreli represented a threat, and the judge agreed:

Prosecutors said the [Facebook] post reflected "an escalating pattern of threats and harassment," adding that it had triggered an investigation by the Secret Service that required "a significant expenditure of resources."

In a hearing in Brooklyn federal court, Judge [Kiyo] Matsumoto said she was particularly concerned that he had "doubled down" on his challenge for someone to grab Clinton's hair. Shkreli said he required a hair with a follicle while urging his social media followers not to hurt anyone.

She said his behavior indicates he is "an ongoing risk to the community."

Shkreli's jail term is particularly surprising given that the U.S. justice system tends to systematically favor the rich and powerful, while punishing the poor and underprivileged. Just this year, a Virginia man was sentenced to a 137-year prison sentence for stealing tires; meanwhile, no one at Wells Fargo Bank was prosecuted for defrauding customers by opening at least one million accounts and credit cards on customers' behalf without their knowledge. And despite their role in creating a recession that immiserated vast swaths of the populace, no bankers went to jail for their hand in the 2008/2009 financial crisis. Shkreli is a peculiar exception to a "golden" rule.

It is worth noting that Shkreli's most publicly shamed behavior — price-gouging a drug commonly used to treat HIV-positive patients — was not illegal, and has nothing to do with his conviction. Rather, Shkreli was convicted on three counts of securities fraud — a crime that affects rich people. His role in price-gouging an HIV drug, a move that affected the poor rather than the rich, was perfectly legal.