Tim and Eric reveal the meaning behind their quirky comedy

The “Tim and Eric’s Bedtime Stories" comedy duo get weird, as expected, on "Salon Talks" 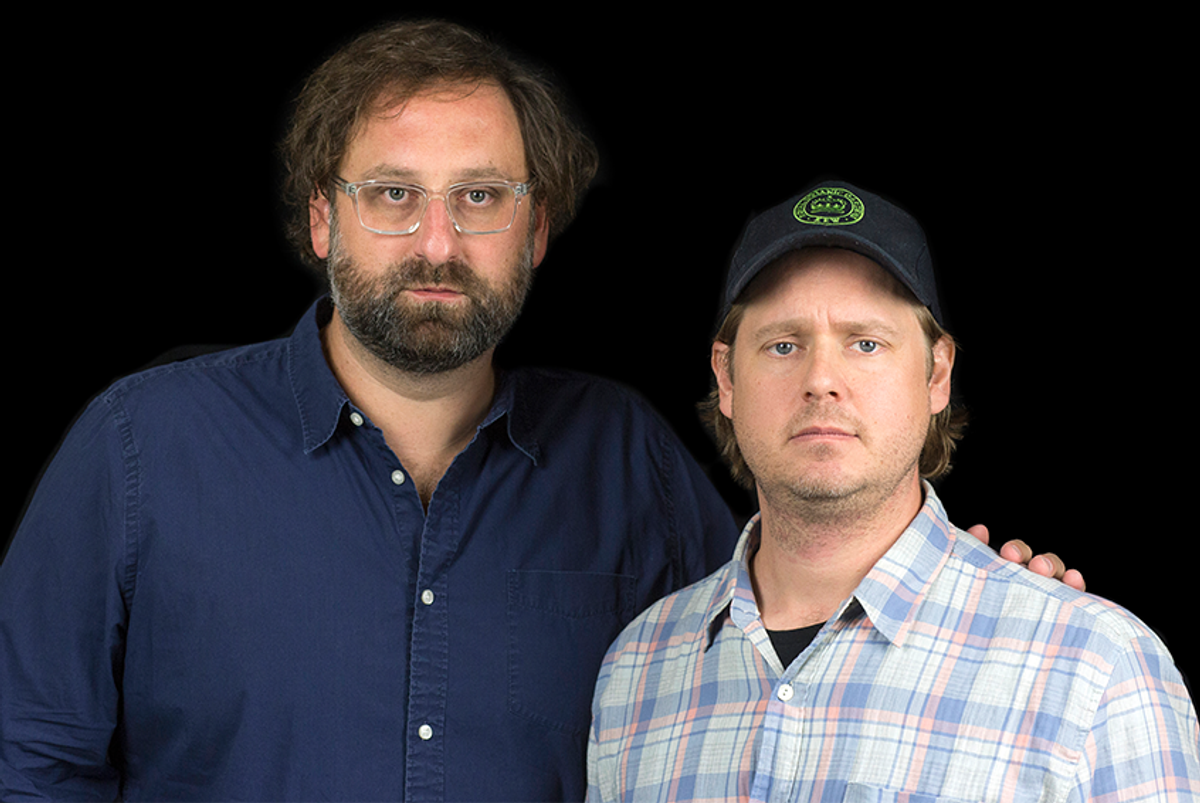 Only moments before I went on live on "Salon Talks" to interview comedians Tim Heidecker and Eric Wareheim — better known simply as Tim & Eric — I commented that, as a diehard Tim & Eric fan, I expected this to be a lot of fun. Eric quickly threw me a sideways mischievous grin and said, "Yeah."

If Zach Galifianakis was an interview guest on "Between Two Ferns" instead of the host of the show, I suspect the experience would be very similar to what happened when I spoke with Tim & Eric. Most of the questions were treated not as opportunities for self-promotion, pontification or introspection, but instead as prompts for them to riff.

Like Galifianakis, their sense of humor, at least when participating in the interview format, is abrupt, random and silly. It obliterates the decorum that audiences expect from interviews: Staying on topic, being polite to the questioner, avoiding confrontation (particularly of the needless variety). The result is deliciously meta, less an interview in its own right than a running joke that takes the piss out of the interview format itself.

The best example from our conversation was when I asked them about the Freudian elements from a recent episode from their series "Tim & Eric's Bedtime Stories." Called "The Duke," the episode tells the story of an unemployed man-child (Jorge Garcia) whose wife (Rhea Perlman) is seduced by a mysterious and suave character simply known as The Duke (Ray Wise).

Without spoiling anything, it is safe to say that individuals passingly familiar with Freud's theories about parent-child relationships, infantilization, emasculation and politics will immediately see some heavily Freudian themes in that particular story.

It is also safe to say that anyone familiar with Tim & Eric's approach to being interviewed knew that they were not going to answer my question about Freud seriously.

This isn't to say that they were never serious. Near the end of our conversation — after Tim and Eric described being creatively inspired by a mystical German artifact, claimed to be funded by Antifa and detailed Tim's ongoing project of stealing Eric's passport — I asked Tim about how friendships and parent-child relationships have been a running theme throughout their oeuvre.

Tim & Eric's brand of humor certainly isn't for everyone, but as answers like this one reveal, that doesn't mean it can't be relevant to everyone. Indeed, if you have a taste for the darkly surreal and want to be viewed as a comedy aficionado, it's something you can't afford to miss.