Megyn Kelly: It's the media's fault you hate my terrible show

Dragged down by mishaps, criticism and flat ratings, Kelly is desperately searching for someone to blame 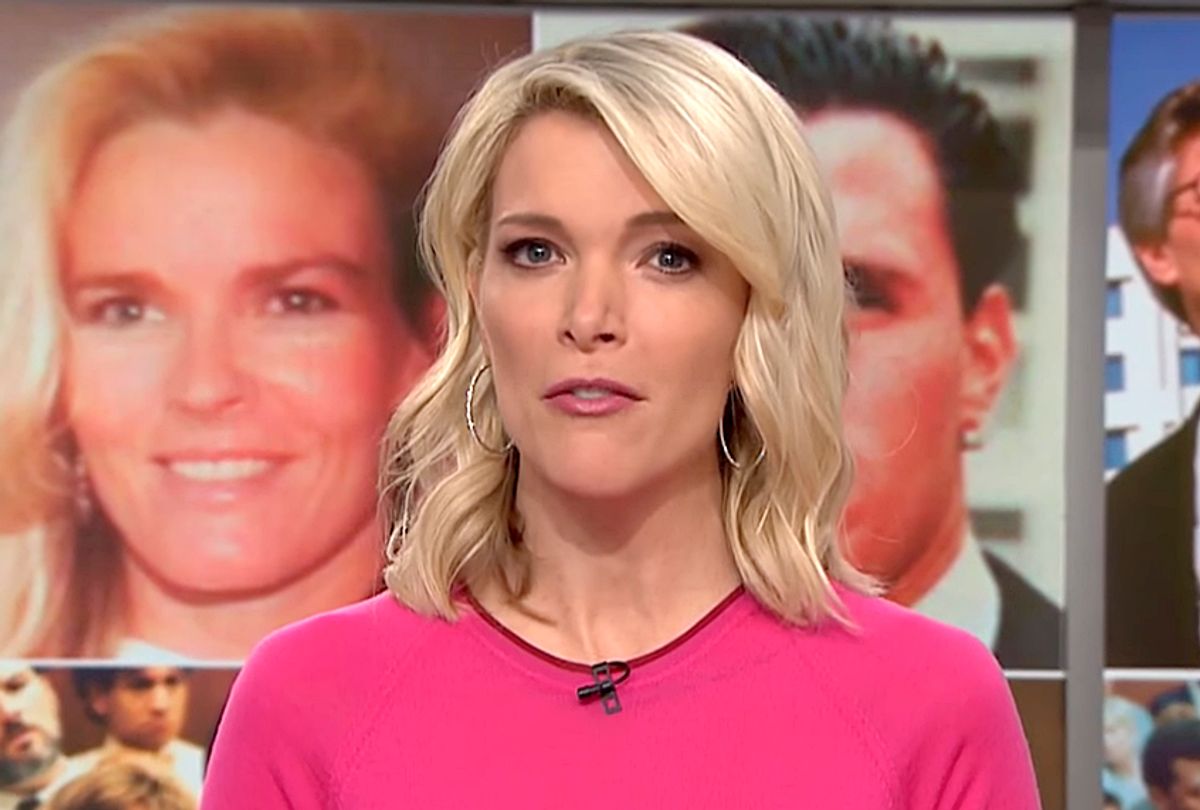 Amidst terrible reviews during her first week on air, Megyn Kelly signed off her Friday "Today Show" segment in search of the one thing she so desperately needs: a scapegoat.

Bidding adieu to the audience, the reputedly ex-conservative news host thanked everyone for watching and flippantly mentioned “I’ve just been so delighted at the media response, which has been . . . ” as though she were gearing up to thank them too, before cutting herself off with an emphatic, eyebrow-furrowing “No!”

Rather, she thanked the viewers, who’s “response has been awesome” — “I am so grateful to have all of you giving us a chance,” Kelly finished, perhaps forgetting that the “media response” is a reflection of what the viewers at home are saying, and more-so, that she’s a member of the media herself. Also, her ratings, the only true measure of broad acceptance, aren't any better than those of the previous version of the show.

Kelly made the move from Fox to NBC in early 2017, in the wake of sexual harassment allegations against Fox News President Roger Ailes and amidst what she felt was growing hostility directed toward her in the conservative media community, particularly thanks to a certain president with whom she hasn’t had the most shining relationship. NBC then took on Kelly, removing weatherman Al Roker and Tamron Hall to make space for her majesty.

In this next chapter of her career, it’s been a rough go for Kelly, who spent her first week interviewing reluctant liberal celebrities and making off-color remarks that may have flown at Fox, but have no place at NBC.

With the entire "Will & Grace" cast watching on, Kelly first interviewed a superfan of the NBC show, asking if watching is why the fan “became gay,” later adding ““I think the Will & Grace thing and the gay thing is going to work out great!” Of course, social media had a lot to say:

Megyn Kelly is every mom trying waaaaay to hard to "relate" to her gay son but instead just makes it waaaaay worse pic.twitter.com/dh2sSi2kVq — Will Kellogg (@Will_Kellogg) September 25, 2017

I see things are off to a solid start over on Megyn Kelly's new show... https://t.co/fOUoaX0Yyu pic.twitter.com/DmMhvzX6km

And the award for most cringeworthy talk show debut goes to.. Megyn Kelly for asking a Will & Grace fan if the show is why they "became gay" pic.twitter.com/Ij3LjDpEox — Steven Grossman (@stevengrossman) September 25, 2017

Later on, "W&G" star Debra Messing admitted she had not known it would be Kelly with whom she was interviewing. “Regret going on. Dismayed by her comments,” Messing commented on Instagram.

Kelly then showed off her dazzling personality in an interview with Jane Fonda, prodding the "Barefoot in the Park" actress about why she’s “not proud to admit [she’s] had work done.” It’s surely journalism like this that wins the Pulitzer Prizes. Fonda, for her part, responded without missing a beat, “We really want to talk about that right now?”

Not knowing when to call a duck a duck, Kelly continued, “One of the things people think about you when they look at you is how amazing you look!” Eventually, Fonda managed to move the conversation along, but it didn’t stop her from expressing her dismay later on in the day, telling Entertainment Tonight, “It just seemed like the wrong time and place to raise that question.”

Seems like most of Kelly’s time at NBC will be a wrong place and wrong time-type situation. But don’t forget, it will always be that damned media’s fault — even when you're part of it. No outside voice screaming from a virtuous wilderness, Kelly's checks are signed by NBCUniversal/Comcast signs, the fourth highest grossing media company on the planet.

Well, at least someone out there still loves ya, Kells.