Trump's Puerto Rico tweets have one thing in common

In talking about Puerto Rico, Trump comes back to one topic in particular 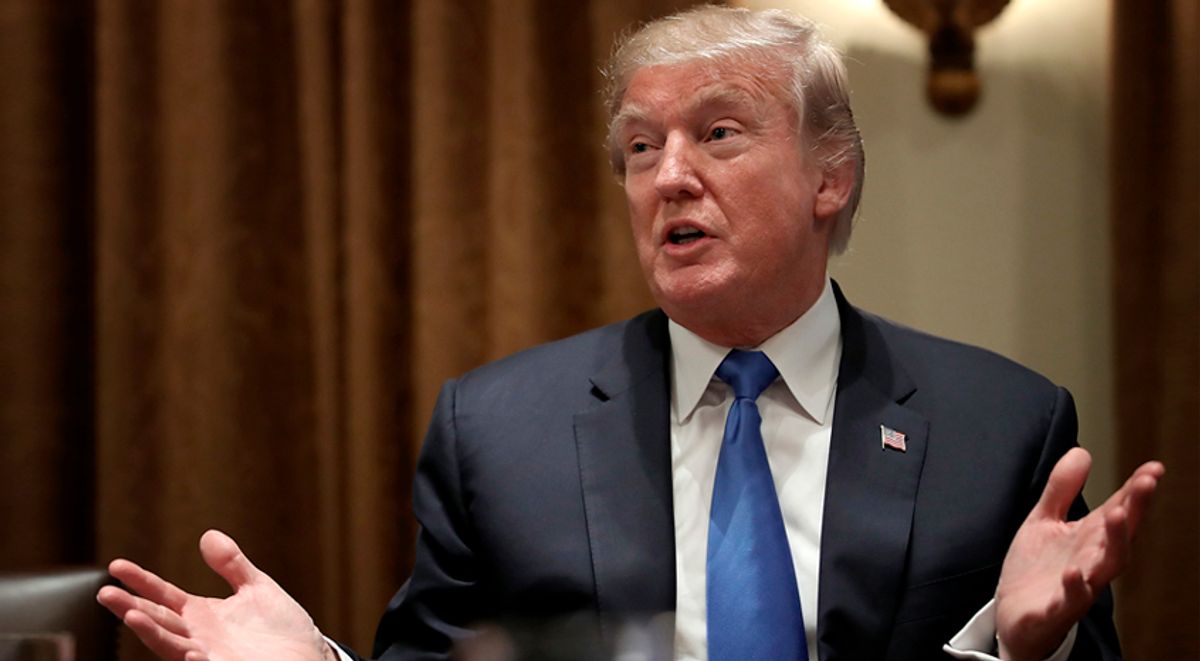 In 2005, it became a massive joke after President George W. Bush praised Michael Brown, one of the people responsible for coordinating the chaotic response to Hurricane Katrina by saying, "Heckuva job, Brownie."

But as Puerto Rico reels from the devastation of Hurricane Maria, Trump is creating a new "Heckuva job" moment — and it's directed at himself.

Over the past few days, as natural disaster turns into legitimate humanitarian crisis in the American territory, the president — who will be visiting on Tuesday — has pretty much only mentioned the destruction and danger on the ground when he could point to it as a sign that he's competent at his job.

...really hard to help but many have lost their homes. Military is now on site and I will be there Tuesday. Wish press would treat fairly! — Donald J. Trump (@realDonaldTrump) September 28, 2017

Thank you to Carmen Yulin Cruz, the Mayor of San Juan, for your kind words on FEMA etc.We are working hard. Much food and water there/on way

Briefed @POTUS @realDonaldTrump in #SituationRoom and thanked him for his leadership, quick response & commitment to our people 🇵🇷 pic.twitter.com/hIFKYSMCDY

Trump also retweeted this on Thursday night, in between tweets about the economy and a retweet of Bill O'Reilly announcing he'd be on Sean Hannity's show: a show of how he is indirectly contributing to Puerto Rico (without actually having to dip into his bank account).

On the bright side, Trump's tweets represent at least an awareness that Maria was hit by a hurricane. Before this week, he was strangely silent on the problems facing the devastated island — which Trump would have you know is in the middle of the Atlantic Ocean.

There's another notable aspect to Trump's Puerto Rico tweets. They differ greatly in tone from his comments on other hurricane-ravaged lands.  When talking about mainland disasters, Trump offered to be there to rebuild.

FLORIDA-
Just like TX, WE are w/you today, we are w/you tomorrow, & we will be w/you EVERY SINGLE DAY AFTER, to RESTORE, RECOVER, & REBUILD! pic.twitter.com/phRMudujxJ

WE ARE WITH YOU FLORIDA!

Texas & Louisiana: We are w/ you today, we are w/ you tomorrow, & we will be w/ you EVERY SINGLE DAY AFTER, to restore, recover, & REBUILD! pic.twitter.com/YQb82K2VSB

But when talking about Puerto Rico, Trump's offer to help was less than full-throated.

...The fact is that Puerto Rico has been destroyed by two hurricanes. Big decisions will have to be made as to the cost of its rebuilding!

Want that difference to be even more striking?

"Mr. Trump, we appreciate everything you're doing," San Juan's mayor said on CNN Friday morning, before asking for more help. But the president may have only heard one part of it.