A list of notable mass shootings in the U.S. since 2011 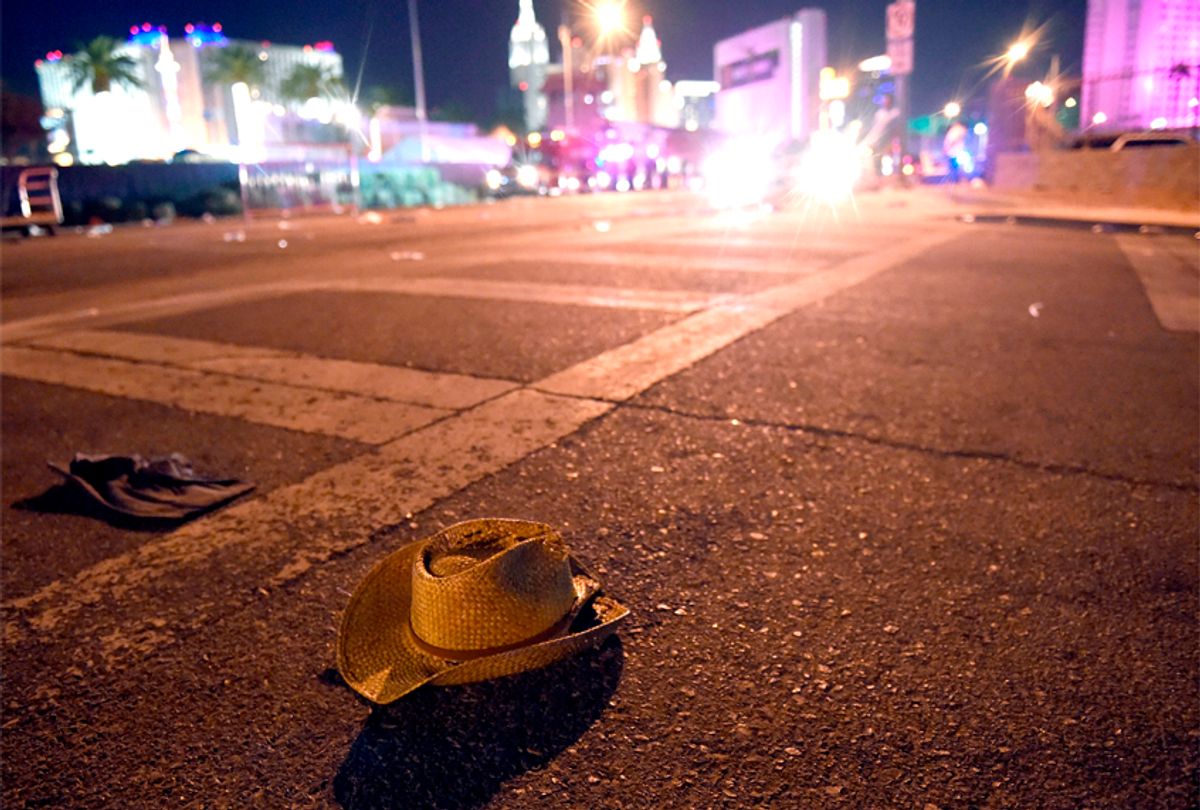 A hat lies in the street after a mass shooting at a country music festival on October 1, 2017 in Las Vegas. (Getty/David Becker)
--

The mass shooting at the Mandalay Bay Resort and Casino in Las Vegas is officially the deadliest in modern American history. Unfortunately, though, it is also only one of many mass shootings that have scarred American life within the past few years.

Indeed, since the assassination attempt on a Democratic congresswoman in Arizona at the start of 2011, there have been 18 mass shootings in this country that captured national headlines.

Loughner's motive was an attempt to assassinate Rep. Gabrielle Giffords of Arizona at a meet-and-greet she was holding.

Dekraai was upset over a custody dispute and decided to exact vengeance by going on a shooting rampage at the hair salon where his former wife worked.

Goh opened fire in a classroom at Oikos University, a small Christian college.

Holmes entered a movie theater playing "The Dark Knight Rises" roughly half an hour after the screening had commenced and opened fire.

Page was an Army veteran and "psychological operations specialist" who opened fire in a Sikh Temple as part of his white supremacist agenda.

Engeldinger opened fire at the offices of Accent Signage Systems and began shooting after having been fired from his job there.

The former Marine opened fire at the Azana Salon and Spa, where his estranged wife was employed.

The shooter murdered 20 first-graders and 6 adults during his infamous rampage at Sandy Hook Elementary School.

Alexis was a Navy contractor and former Navy enlisted man whose extensive disciplinary record did not thwart him when he tried to purchase a rifle. He later shot up the Washington Navy Yard.

Lopez, like Alexis, had a problematic past in his military background and engaged in a shooting at Fort Hood after a request for time off was denied.

Rodger went on a rampage near the campus of University of California, Santa Barbara after complaining about girls not dating him.

Roof was motivated by a white supremacist ideology to open fire in a predominantly African-American church in Charleston, S.C.

The FBI later admitted that Roof should not have been allowed to buy a gun, but he slipped through the cracks.

Abdulazeez shot up both a military recruiting center and a Navy-Marine training facility before being killed by law enforcement officials.

Christopher Sean Harper-Mercer was described by law enforcement as someone with white supremacist and anti-religion opinions and speculated that these views motivated him to shoot up Umpqua Community College.

Dear opened fire in a Planned Parenthood clinic in Colorado, with his wife speculating that the religious Dear did so because of his opposition to abortion rights.

No new federal gun laws were passed, although Donald Trump (then still seeking the Republican presidential nomination) used the shooting as an opportunity to denounce political correctness.

Mateen engaged in a mass shooting at a popular gay night club called Pulse. Until Sunday, this was the deadliest mass shooting in American history.

No new federal gun laws were passed, despite President Barack Obama urging Congress to either enact or renew laws that would ban the possession of assault-style weapons and high-capacity ammunition magazines. Mateen committed his attack with an AR-15 semiautomatic rifle.

It is unclear what type of weapon Paddock used during the mass shooting, although the sheriff said police found at least 10 rifles in his room. If it turns out that Paddock did use a semiautomatic weapon, however, it could raise concerns for legislation banning them.