Donald Trump undercuts his secretary of state over North Korea

Trump wants the world to think he's crazy. And he's in no mood to talk to North Korea 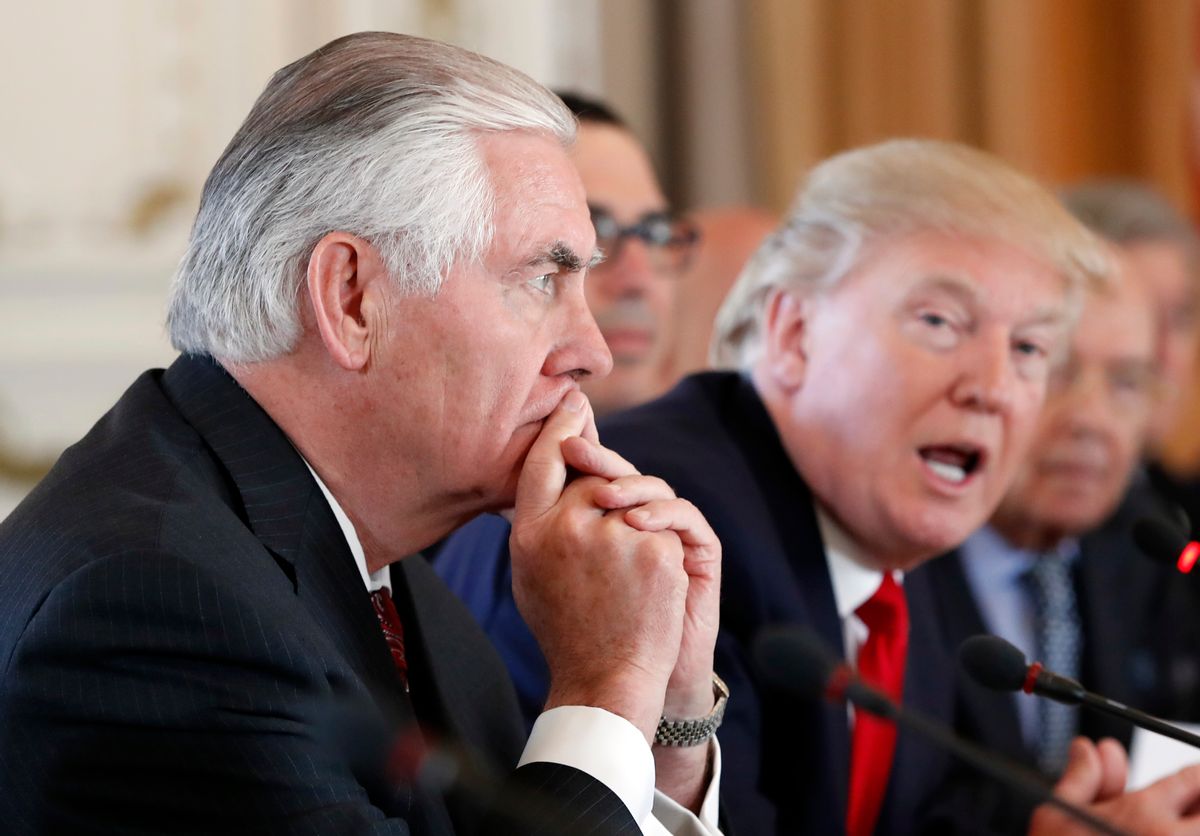 President Donald Trump is publicly undercutting his secretary of state's efforts to defuse tensions with North Korea and ratcheting up the dialogue with a nuclear country led by a despot.

On Saturday, Secretary of State Rex Tillerson told reporters during one of his visits to Beijing that the U.S. is talking to North Korea. On Sunday, Trump took to Twitter to say that Tillerson was wasting his time.

But Trump's absurd reaction about Korea comes from his latest negotiation tactic: convince others he's crazy.

After Trump's top trade negotiator, Robert Lighthizer,  suggested to the president that he "tell the Koreans they've got 30 days" to make concessions on the U.S.-Korean trade deal, Axios reported that Trump apparently reacted by offering his representative some tips on deal-making.

"No, no, no. That's not how you negotiate," Trump told Lighthizer. "You don't tell them they've got 30 days. You tell them, 'This guy's so crazy he could pull out any minute.'"

Trump continued: "That's what you tell them: Any minute. And by the way, I might. You guys all need to know I might. You don't tell them 30 days. If they take 30 days they'll stretch this out."

Whether intentionally or not, Trump's geopolitical philosophy here is reminiscent of Nixon's infamous "Madman Theory," one in which the president would frighten America's allies and enemies alike into serving the superpower's interests by presenting the president as someone unpredictable and uncontrollable who could start a nuclear war at a moment's notice.

Tillerson's tenure as secretary of state has been controversial at best. There have been reports of Tillerson being sidelined by the president since as early as February, and as recently as last month, Tillerson again left an underwhelming impression on world leaders when he was conspicuously absent during many important United Nations events.