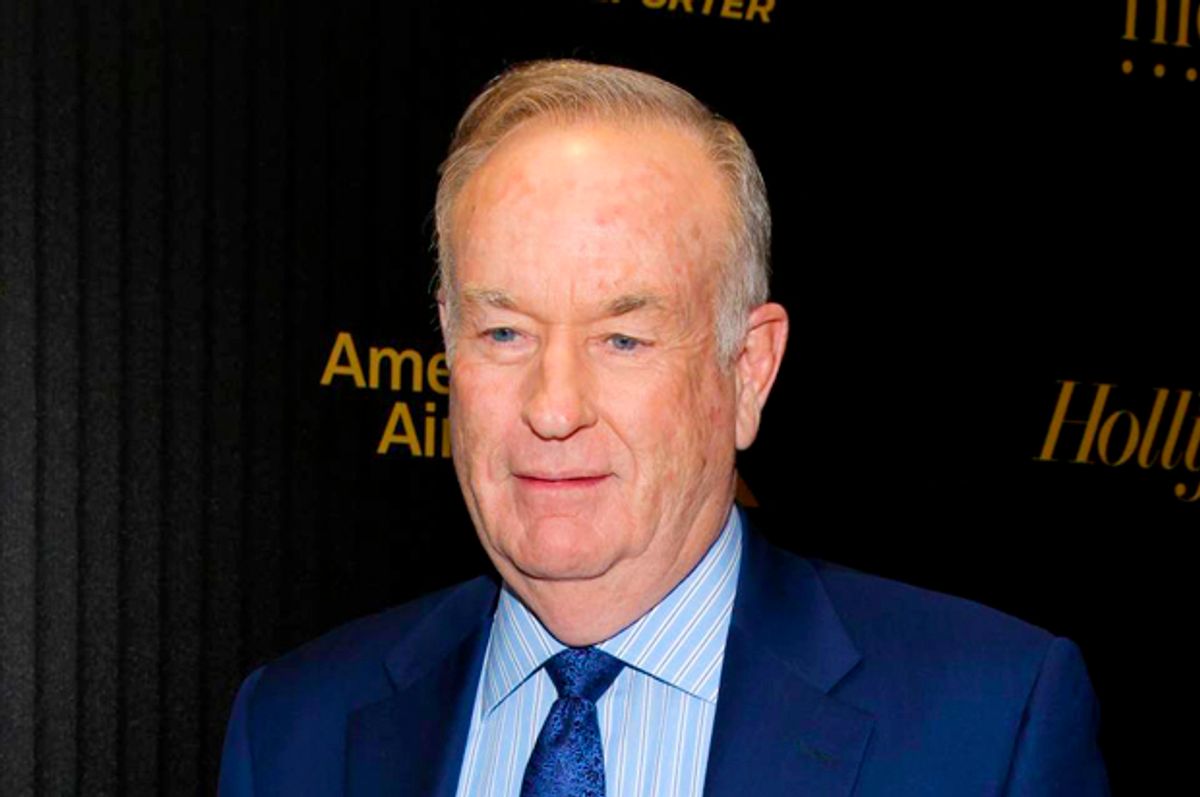 Former Fox News commentator Bill O'Reilly is insisting that gun control will never happen, despite the mass shooting at Las Vegas ranking as the single deadliest in modern American history.

His reasoning? Horrific shootings like the one on Sunday night are "the price of freedom."

In his so-called "Message of the Day" on Monday, O'Reilly opened by declaring that "once again, the big downside of American freedom is on gruesome display." After reviewing the most recent statistics regarding the tragedy, O'Reilly argued that "having covered scores of gun-related crimes over the years, I can tell you that government restrictions will not stop psychopaths from harming people. They will find a way."

He added, "The NRA and its supporters want easy access to weapons, while the left wants them banned. This is the price of freedom. Violent nuts are allowed to roam free until they do damage, no matter how threatening they are."

None of this, O'Reilly insisted, should be used as justification to regulate guns.

This was not the stance that O'Reilly took in June 2016, when a Muslim man named Omar Mateen shot up a gay nightclub in Orlando, which at the time was the deadliest mass shooting in American history:

There is too much gun crime in the U.S.A. And high powered weaponry is too easy to get. That's the fact. We don't have the right to buy and maintain mortars. Even if you feel threatened by gangsters or a new world order. No bazookas, no Sherman tanks, no hand grenades. That's because the Second Amendment clearly states the government has a right to regulate militias, made up of individuals. They have that right in the name of public safety.

O'Reilly's position last year is also the one held by the Supreme Court. In its landmark 2008 case District of Columbia v. Heller, Justice Antonin Scalia wrote, "like most rights, the Second Amendment right is not unlimited." He cited as examples concealed weapons laws, prohibiting the sale of firearms to criminals and "prohibiting the carrying of dangerous and unusual weapons."