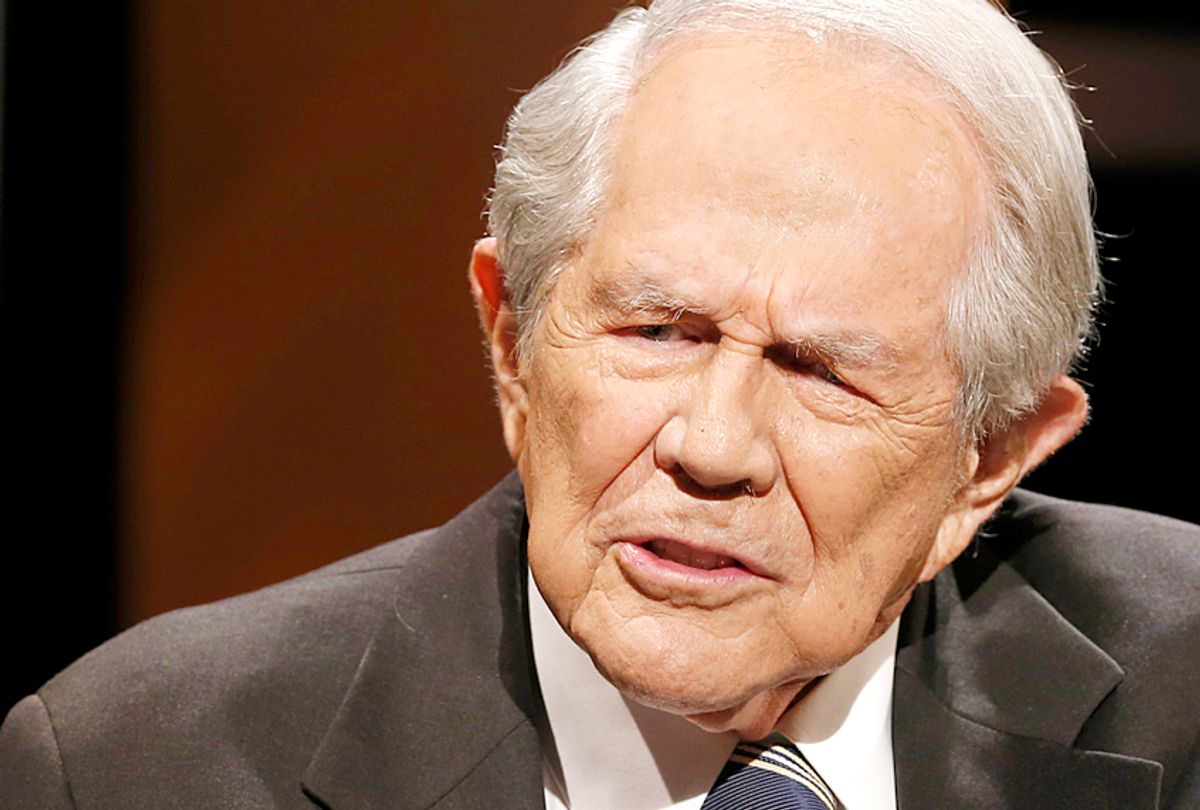 In the wake of the deadliest shooting in modern U.S. history, the mainstream media has tried to make sense as to why Stephen Paddock, 64, would commit such a senseless, vile act. Right-wing media, on the other hand, has undergone a campaign to blame CNN, ISIS and the left for the tragedy. Hours after the massacre unfolded, right-wing website Gateway Pundit alleged that a "far left" man was behind the shooting. This was based off of theories on anonymous message boards such as 4chan.

A pattern soon emerged in which most of conservative media propagated theories that held the media and the left responsible.

Take, for example, Rush Limbaugh, the king of right-wing media, who argued that American media outlets were purposely downplaying the shooter's link to ISIS. He cited ISIS's own news agency which claimed responsibility for the attack. Limbaugh asserts that ISIS had to create their own news outlet because "the American drive-bys do not want ISIS being credited with this stuff" because to “the American left, there is no such thing as militant Islamic terrorism."

Pat Robertson, a TV preacher, said Monday the violence in Las Vegas was the result of "disrespect" for President Trump. The televangelist and Trump supporter said the NFL protests taking place were an example of the "profound disrespect for our president," which he claims is the nexus for the violence.

A guest on "Fox & Friends" asserted Tuesday that CNN, one of the largest cable-news networks, was partially responsible for the shooting. Forensic Psychiatrist Dr. Michael Welner accused CNN of demonizing gun enthusiasts. He didn't explain how that induced Paddock to commit an act of terrorism, but nevertheless, the hosts of "Fox & Friends" failed to push back on him.

Infowars host Alex Jones again battled with the truth on Tuesday, when he claimed that liberals orchestrated the attack to kill conservatives at the concert "Bolshevik-style." “Why does the left bring in the very groups that are trying to kill you?” Jones asked. "Now we see the first Islamist attack on a conservative venue. On Monday, Jones blamed everyone from leftists, communists and globalists, to ISIS and antifa for the Las Vegas shooting.

"Alt-right" YouTube star James Allsup told his followers Monday that the shooting was not that of a "lone wolf" but of a "professional," insinuating that the massacre was coordinated by nefarious groups within the government.

Then there is Dave Daubenmire, a right-wing religious activist who said Monday that the shooting was the latest example of "the wrath of God being revealed" to the nation. “Maybe He doesn’t cause that guy to shoot people, but He doesn’t prevent it,” Daubenmire continued. “We used to have a sense of spiritual covering over us but it’s rapidly disappearing because, even though I stand for the Pledge of Allegiance, the American government is pretty wicked.”

In all this commentary, not one time did these right-wing pundits look inward for the blame or second-guess old conservative talking points. They always projected out, calling CNN or liberals the boogieman.

The truth of the matter is that conservatives know their stance on gun control and the Second Amendment is becoming more and more tenuous. They recognize that the National Rifle Association has overtaken the soul of the Republican Party with its single minded, ever-less popular goal: to maintain our bloody status quo.

Anticipating that Democrats and liberal personalities would call for sensible gun-control measures, the right is trying to paint the other side as responsible for the shooting. The thing that they feared most after Las Vegas was that a white man with no affiliation to Islam was the perpetrator. Because that nightmare became true — it was indeed a white man with a gun fetish who carried out the shootings — the right now projects the blame elsewhere, away from whiteness, away from masculinity, away from their core voting demographic. So, instead, they hang the noose around black NFL athletes, the elites of CNN and the Democratic party, the fictional scourge of antifa Communist globalist insurrectionist armies — anyone but themselves.