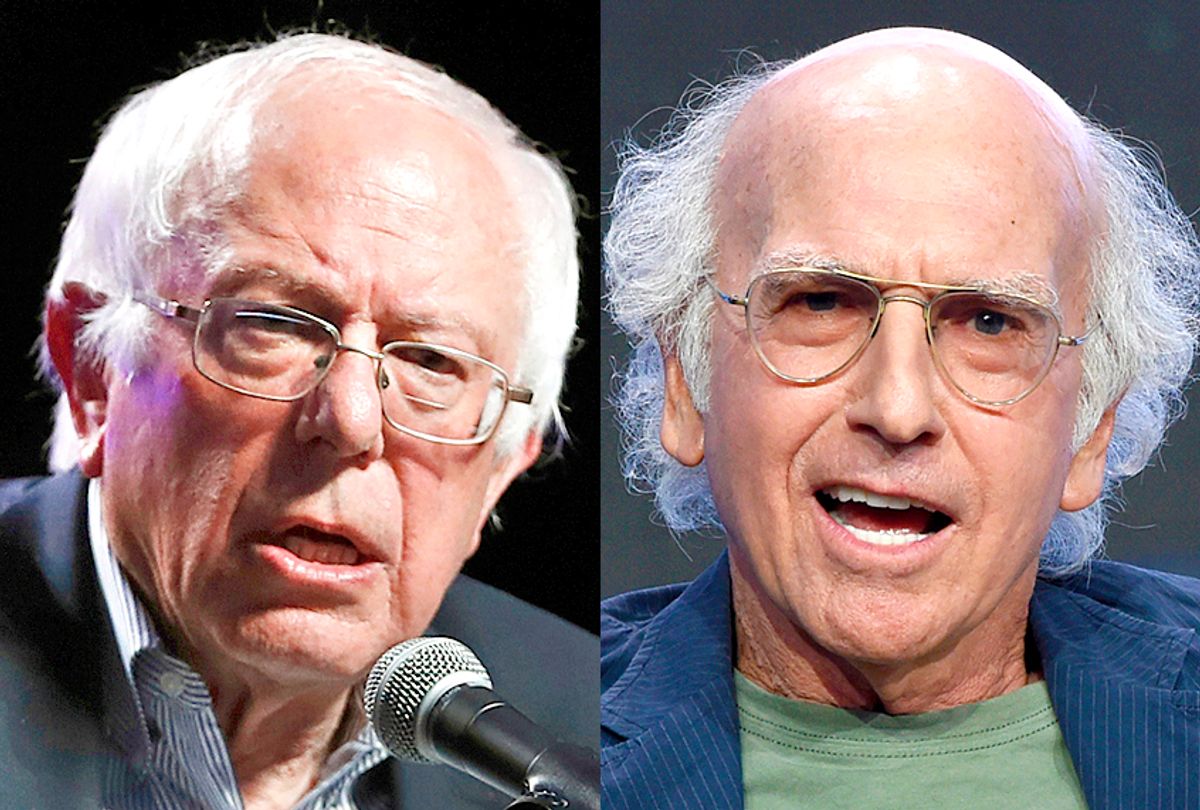 For at least the past year, many people have drawn comparisons to Sen. Bernie Sanders I-Vt., and the iconic comedian, Larry David — so much so that the latter was drafted into playing the former in a few "Saturday Night Live" skits.

As it turns out, the two Brooklyn natives are actually distant cousins, and each erupted with a mixture of joy and shock when they found out. On Tuesday's episode of the PBS show "Finding Your Roots" host Henry Louis Gates revealed the two share some of the same DNA.

Before opening the folder to reveal who he was related to David said, "I hope it's a good athlete." But no, it was Sanders. "What the hell!" he said after seeing a picture of Sanders. "Oh that's so funny, that is really funny. That is amazing."

Sanders nearly jumped out of his seat when he opened the folder and saw David's picture. Raising his hand to his head in disbelief, "you're kidding!" Sanders said. "Oh my god, that is unbelievable!"

He continued, "It's true? . . . People say to me, you know they talk about Larry David, and I say 'he does a better Bernie Sanders than I do.'"

Perhaps the most shocking revelation in the episode was that David, who frequently champions progressive values, found out one of his ancestors had once owned slaves. David found out that his great-grandmother Henrietta was born in Mobile, Alabama. Her father, David's great-great-grandfather, Henry Bernstein, fought for the Confederacy during the Civil War. He was one of roughly 3,000 Jewish men to fight for the South, the Daily Beast reported.

Reports of the episode leaked back in July, and at the time, David said he was "very happy" when he found out the news. "I thought there must be some connection," he said. "I love Bernie."