There's no evidence that Stephen Paddock was an atheist, but "Fox & Friends" thinks a lack of faith is to blame 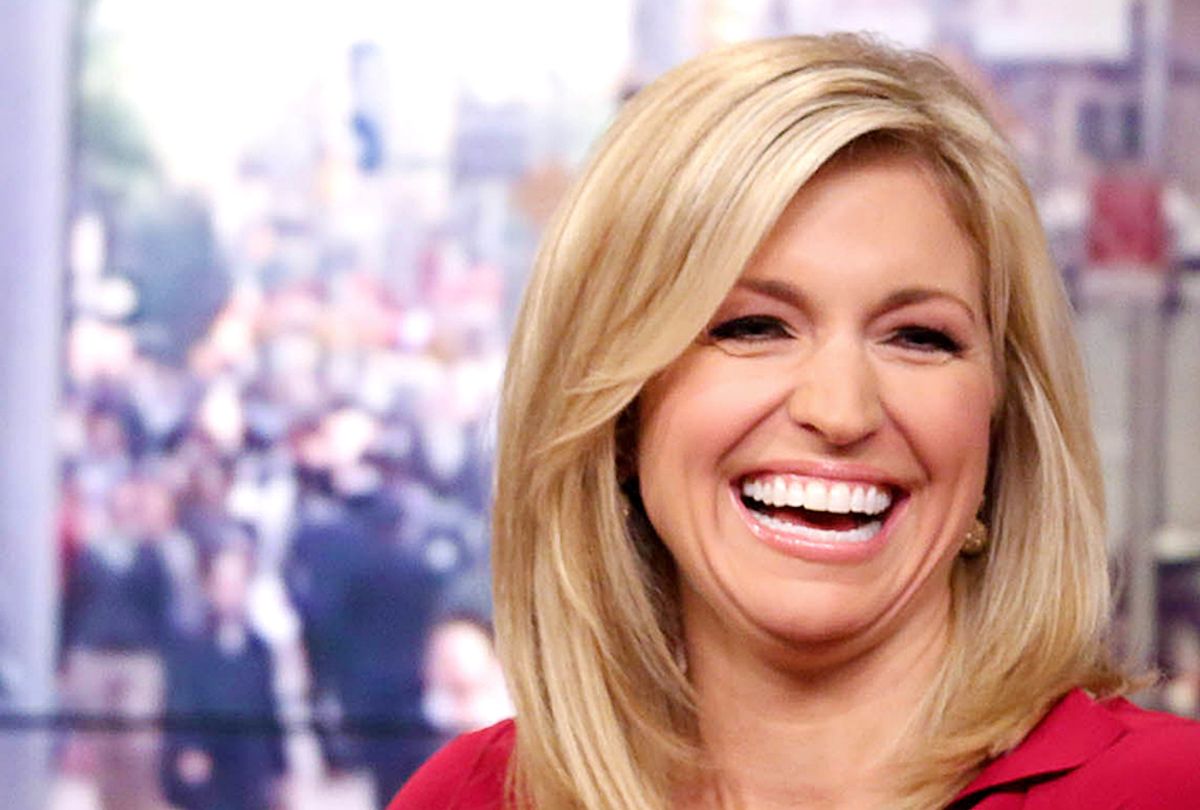 On today's edition of "Fox & Friends," co-host Ainsley Earhardt speculated (well, actually, implied) that Las Vegas shooter Stephen Paddock fired into the crowd at the Route 91 Harvest Festival Sunday night — killing 58 and wounding hundreds more — because he was an atheist.

Speaking to co-hosts Brian Kilmeade and Steve Doocy, Earhardt picked up on statements made by Paddock's twin brother, claiming that in them, he had claimed that the shooter, "didn't believe in God or didn't have a God or didn't have faith in his life." That is perhaps an overstatement. More precisely, Eric Paddock told reporters, "There’s no religious affiliation that we know of" — meaning that he was not a Muslim ISIS sympathizer, as some in the fringe media have speculated — giving no concrete evidence that the shooter was an atheist or lacked faith in any religion or higher power.

Nonetheless, Earhardt spun gold out of straw, telling her co-hosts:

You know, Steve and Brian, what's interesting, our last guest, the forensic psychiatrist said, "When you have someone who's young that does something like this, they do it for notoriety; when you have someone who is older, they do it for a cause." And maybe this guy heard that song, 'God Bless America.' His brother said he didn't believe in God or didn't have a God or didn't have faith in his life, so -- maybe this is all speculation -- but that possibly could be the reason, because he knows country musicians or country music fans are normally pro-God and go to church on Sundays. Maybe he has a problem with that or had a problem with that.

The suggestion here is that maybe, possibly, who knows Paddock had cause and reason to kill 58 people, one provided by the atheist position. In this, the crowd singing "God Bless America" shortly before the shooting began was both an emotional and ideological trigger, driving the man who had already outfitted his hotel room and house with 47 guns — some of them with high-capacity magazines and bump stocks — and set up multiple cameras recording his doings, suddenly, unexpectedly snapped into a murderous frenzy. The fact that Paddock had explosives in his car and booked a hotel room overlooking the festival, even though he lived nearby, are mere coincidences in this line of thought.

Earhardt's statement runs afoul of statistical facts as well, as theories borne out by crime-scene evidence. The long-running conservative contention that atheists or those who don't belong to a religious organizations are more violent is not supported by any serious statistical study. Indeed, the only indicator that there may be a weak correlation between belief in God with such behavior is the fact that U.S. states and nations across the world with more religious populations tend to be more violent, more crime-ridden. Further, while anecdotal evidence would suggest that country music fans are indeed more religious than the population as a whole, there is no persisting statistical study on that, and the genre's relationship with faith is famously conflicted.

Finally, as if it needs to be said, atheism is not a "cause" as Earhardt would have us believe. While, yes, atheist organizations exist, they mostly just lobby for protections for non-believers and the preservation of the now-thin divide between church and state in the U.S. For the most part, atheists don't march, don't demonstrate, don't attack the faithful and don't go on killing sprees under the banner of their beliefs. The same cannot be said of the devout.

See the whole video below and cringe.