Congressman who pressured mistress to have an abortion will retire

Rep. Tim Murphy co-sponsored a bill to ban abortions after 20 weeks and has a long anti-choice record 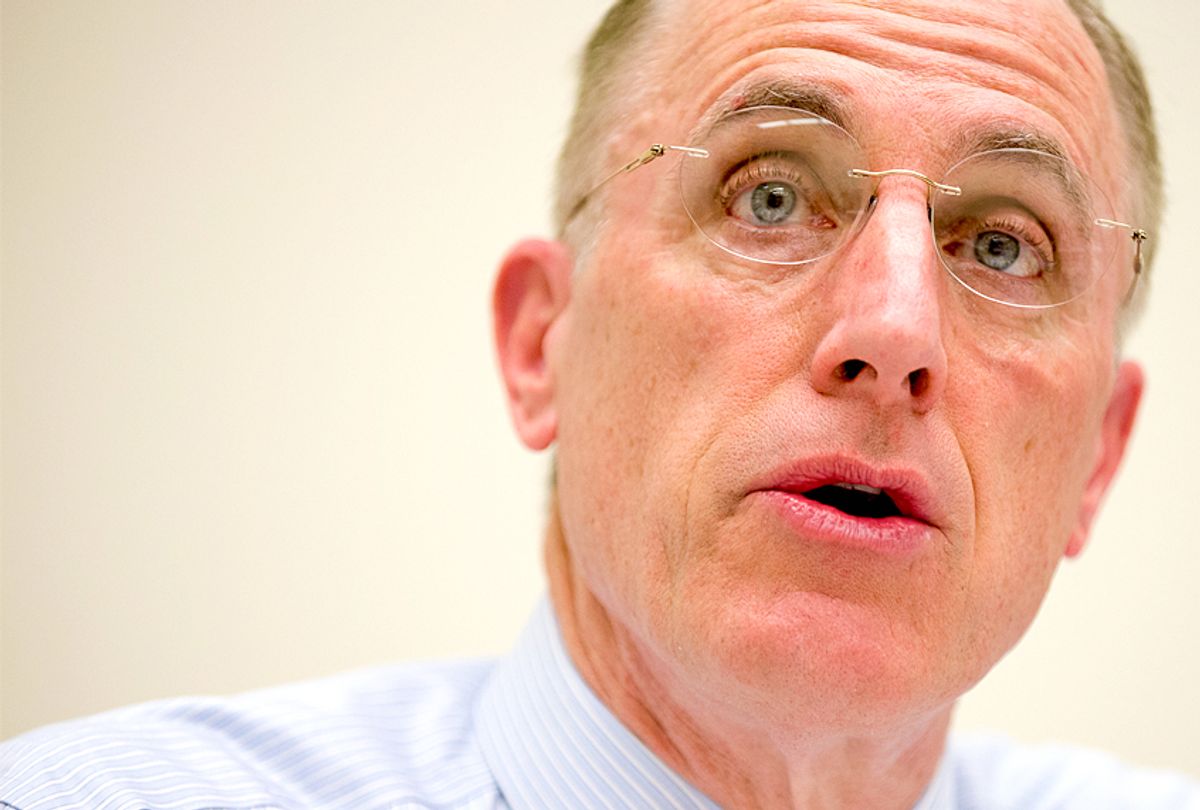 Rep. Tim Murphy of Pennsylvania — the staunchly anti-abortion Republican congressman who became the object of scorn earlier this week when it was revealed that he had asked his mistress to terminate her pregnancy — announced he will retire at the end of his current term.

"After discussions with my family and staff, I have come to the decision that I will not seek re-election to Congress at the end of my current term. I plan to spend my remaining months in office continuing my work as the national leader on mental health care reform, as well as issues affecting working families in southwestern Pennsylvania," said Murphy in a statement.

Murphy's announcement comes on the heels of a revelation that he had engaged in an extramarital affair with forensic psychologist Shannon Edwards. In late January, Edwards sent Murphy a disapproving text about an anti-abortion post he published on Facebook, calling it out as hypocritical.

"And you have zero issue posting your pro-life stance all over the place when you had no issue asking me to abort our unborn child just last week when we thought that was one of the options," Edwards wrote.

Murphy responded by claiming that the post was a staff error, even though he has been staunchly anti-abortion throughout his political career.

One aspect of the Pennsylvania Republican's story that has drawn attention is his co-sponsorship of a recent bill that will ban abortions after the 20th week of pregnancy. Such abortions are extremely rare, as 98 percent of women who receive abortions have the procedure before the 20th week. The small number who seek abortions after that time usually do so, according to researchers, because of health issues or financial concerns or because they are involved in abusive relationships.