Rex Tillerson is needed to "separate our country from chaos," says GOP senator 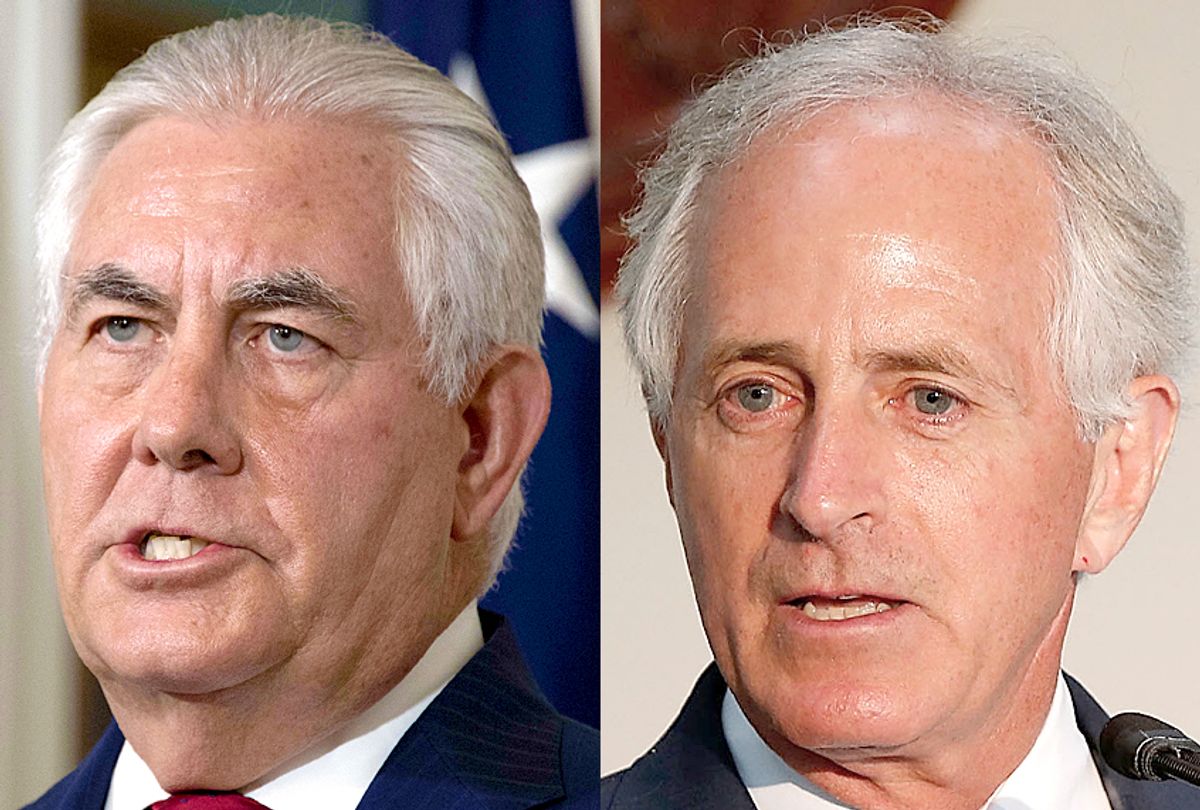 The chairman of the Senate Foreign Relations committee, Sen. Bob Corker of Tennessee, desperately wants you to believe that there is something impressive about Secretary of State Rex Tillerson other than his name.

On Wednesday Corker argued that Tillerson, along with White House chief of staff John Kelly and Secretary of Defense James Mattis, is one of the "people that help separate our country from chaos," according to CNN. After being asked to clarify whether the term "chaos" was a jab at President Donald Trump, Corker said that Tillerson and the other two foreign policy advisers "work very well together to make sure the policies we put forth around the world are sound and coherent. There are other people within the administration that don't. I hope they stay because they're valuable to the national security of our nation."

The Tennessee senator's last comment was most likely a reference to Trump's public undercutting of Tillerson over America's bilateral foreign policy with North Korean.

Despite an obsequious press conference on Wednesday in which Tillerson denied reports of wanting to resign and pledged his loyalty to the president, reports strongly indicate that Tillerson's relationship with the president has significantly deteriorated since February. Tillerson has attracted harsh criticism for his approach to being secretary of state.
Tillerson has urged a more moderate approach than Trump when it comes to issues like the Iran nuclear deal and North Korea, and Trump is reported to worry that Tillerson is more concerned about America's image overseas than making the president look good.
During his brief tenure, he has abandoned promoting democracy as a State Department mission, limited the department's ability to go after war criminals, failed to fully staff the department while complaining that it is not "a highly disciplined organization" and in general put in a low-key performance, right down to making so few appearances at the United Nations that his critics claimed they were downright inadequate.