Are great works of art like Buster Keaton’s “College” in danger?

In the classic, made 90 years ago this month, Keaton's character appears in blackface 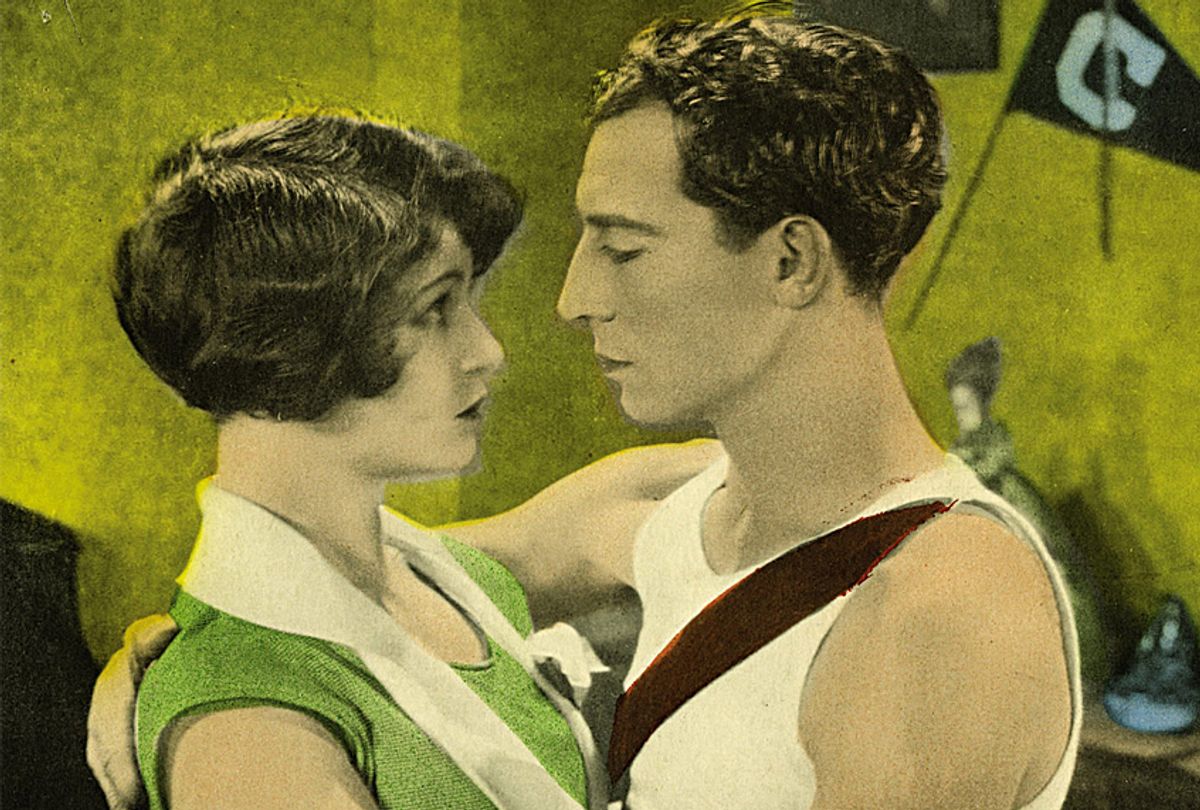 Have you ever encountered a news item that synchs up oh-so-scarily with some of your deepest fears about exactly what you don’t want to happen in the future, but what you’ve been dreading could?

I had this experience in late August when I learned that a Memphis theatre canceled a screening of “Gone with the Wind.” I’m not a huge “Gone with the Wind” guy, but I am a huge art guy, and I have this pet theory — like some horned monster I keep in my back pocket, hoping he will remain there — that all art is likely to be censored or buried away if more people become aware of it.

The reason many works of art are allowed to carry on unchecked now is because the avenging angels of society are largely ignorant about the art of the past.

For instance, there is my man Buster Keaton, who was born on Oct. 4, 1895. This fall marks the ninetieth anniversary of his film “College,” which is still the best movie I’ve ever watched about what it means to head off to a university, full of hopes, fears, a burgeoning sense of love in your heart that affections more adult than any you’ve experienced with your high school significant other await. Your heart might be going sailing for a tour around your chest — and the heavens of affection — Magellan-style. The setting is ironic, as it represents a freedom of ideas in the film, a stark contrast to today’s university model.

Keaton’s protagonist is a winsome character, and once he finds his would-be love, it’s not just that he wants to be with her — he wants to cater to her happiness, so that this person he cares about can enjoy a happiness greater than his own.

I always admired that. It made me look within myself to see if I ever did that in my own life, and how I could improve there. For this, really, is the point of art. It directs the focal lens back inward, into ourselves, what we can be, what we may need to address.

Keaton's character takes a number of jobs to impress this young woman, one of them a gig that requires him to dress in blackface. Obviously, dressing in blackface is terrible. But there is a galaxy of difference between an artist who incorporates the mores of the time and one who espouses racism.

Today’s rampaging angels don’t stop to consider this difference, because shouting something down serves as the shifting sands on which they seek to build themselves up. This is not an identity, it’s a house of cards on which nothing, save a lack of true fulfillment, trimmed with depression, can be built.

In basketball, there’s a term called “hero ball,” for when a player will launch ill-advised shots, disregarding teammates, in an effort to lead all to glory.

Hero ball is rampant in our culture now. We play hero ball when we make retroactive claims that were we in the past, we would never do what someone like a Keaton would. We would be the individual going against the grain of the totality of a society.

But would we? I’ve noticed that people who use words like “heteronormative,” “patriarchy” and “intersectional” did not even know what those words meant a few years ago. They started saying them because a large group started saying them.

There’s an irony that one of Keaton’s best films takes place in the college arena, when it’s also the kind of film that is so easy for college justice crusaders to shout down now. Keaton’s Great Stone Face expression is given multiple airings in “College,” that look of sad understanding that comes with the knowledge that it’s going to be very hard to get the outside world to grasp what you see so clearly, so undeniably, in a given moment. The communication of those concomitant thoughts may well be the root of all great art. In “College,” Keaton’s lovelorn hero, who is striving for true connection and smart enough to know it’s rare, has shouldered ceremony to the side. We stand on so much of it now, with this need to never appear to be in earnest. That’s not “chill,” certainly, and “intense,” instead -- a very bad thing to be in this society, because many people have no desire to get off their rear ends and instead prefer to be enabled in the course of nullity they’ve chosen. Or, if they not chosen, can’t rouse themselves from.

Keaton’s characters never want any part of that, which is a form of death-in-life. They exist within a context of a bygone world, in part, with different accepted sociological elements, and in a forever relevant one as well. If you dither about with always looking for things to object to, and that serves as the basis of your identity, you’re never going to have the kind of connection that is at the foundation of the quest in a film like “College.”

We exist in a sociological gloaming now, with a lot of the haze that’s in this Keaton film emanating from the Every School USA. It’s like there’s a big fog bank outside all of us, and when someone encounters something to avenge, a whistle is blown, and everyone races in its direction. Gazes are incessantly directed outward. Find more things to blow a whistle at, and you gain accreditation within the group as a good person. Pelts for crusading belts.

The miasma on the outside is matched with a fog bank on the inside, since we so rarely shine a light to burn off the clouds in our own conscience. Boom, meet the new make of human, one that is perpetually crowd-sourced. Art evades suppression only because we have to put in some effort to encounter most of it, beyond following the pack around.

The writer William Thackeray was a dude who didn’t like anything. But he loved Dickens’ "A Christmas Carol," in much the same way I love Keaton’s "College." And what he said was that you need to check out this book, because this man has done you a kindness in showing you ways back into yourself, back through your personal fog.

In other words, life is hard enough when you don’t truly live it. Start to live it. Live it full tilt. Drink it to the lees. Be a you, not a them. The pack that takes things down is ultimately the bloated task force that will take you down in a larger sense. Don’t go with it. You don’t have to go with Buster, necessarily, but go with art. Because no matter what you do to it, it will always be there to love you back, when you are ready for love. And there just isn’t very much in this world we can say that about.