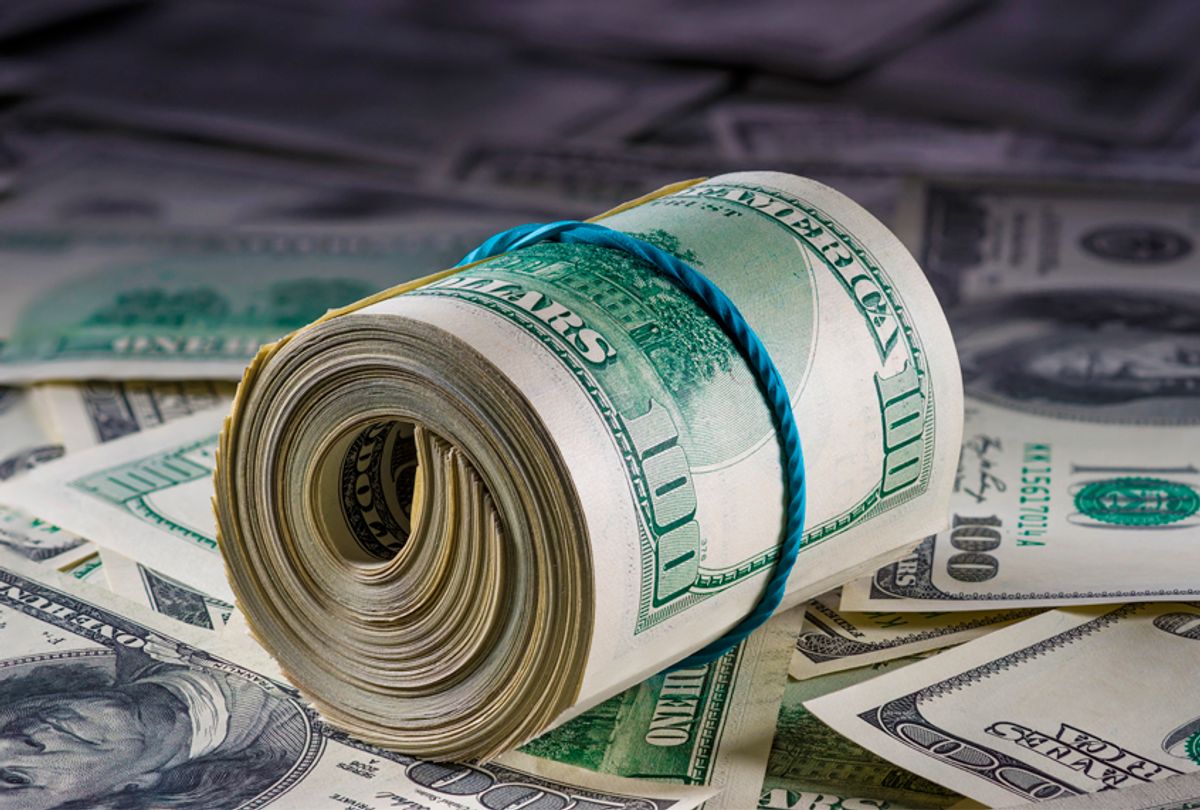 "Facebook was always anti-Trump,” President Donald Trump said in a late September tweet. He’s correct, in a way. In terms of donations, Facebook and its employees gave more than 100 times as much money to Hillary Clinton as to Trump during the 2016 presidential campaign.

But where Facebook has been much kinder to Trump is in its extremely permissive attitude toward the numerous low-quality and sometimes fraudulent fan pages that dominate the right-wing political space within the social network: Content that features videos of "patriots" beating "thugs," wild conspiracy theories, fabricated stories and worshipful coverage of the president.

According to a study released in August by the Berkman Klein Center for Internet and Society at Harvard University, low-quality websites like Breitbart News, Conservative Tribune, Gateway Pundit, Truthfeed, Western Journalism, Political Insider, and EndingtheFed were among the most popular conservative sites shared by Facebook users.

Despite being operated by small companies with almost no footprint within the larger media landscape, many of these pages have millions of “likes” on Facebook. That's largely the result of early ad spending, which the social network encouraged in the mid-2000s as it was trying to get a foothold in political advertising, according to people who have worked in the industry.

These junk pages, most of which employ almost no one with real journalism experience, enjoyed more influence on Facebook in the 2016 presidential election than more traditional conservative media organizations like the Washington Times, the New York Post or the Washington Examiner. The conspiracy-peddling Breitbart News, Conservative Tribune and Gateway Pundit sites even beat Fox News Channel, the researchers found.

These sites, many of which also strive to sell their elderly readers useless diet supplements and promote survivalist-style food hoarding, have largely turned to Facebook as their primary source of revenue after they’ve either been banned from Google’s ad networks (as in the case of overtly fake sites like ABCNews.com.co and CNN.com.de) or been blacklisted by advertisers who don’t want their messages appearing on websites that traffic in conspiracy theories or racism (as in the case of Breitbart).

“There’s definitely been a huge change, a dramatic change,” serial news fabricator Paul Horner told USA Today in August. “It’s hurt my wallet for sure with how difficult it is now to get something to go viral and people so quick to call things fake news."

While Google and some of the many businesses who use its network to advertise have cracked down harder on fake news, Facebook has taken a far more lenient approach, farming out fact-checking to underfunded outside partners and providing no demarcation between news and random websites the way that Google does. Facebook, which declined repeated requests to comment for this story, appears to inflict no penalty on pages that frequently produce misleading or false content.

But Facebook does more than just tolerate junk fan pages. It also allows them to make millions of dollars. It even helps them do so via a feature it unveiled in 2015 called “Instant Articles,” which allows users to read some shared articles without leaving its mobile applications.

Facebook users like the feature because it helps them get to content faster; the company likes it because it can serve the ads directly to users within the articles. Junk sites appreciate Instant Articles most of all because the feature allows them to evade restrictions that advertisers or Google may have placed on their regular websites.

“I know so many people who were on the verge of losing their businesses because of Google’s crackdowns, but Facebook has saved the day for them,” a source who has worked with several low-quality conservative websites told Salon. “It’s all because of Instant Articles and what you can do with them.”

While Facebook does provide a “block list” mechanism that advertisers can use to prevent their ads from appearing on specific websites, the controls it provides are not as sophisticated as those offered by Google. Many advertisers also seem to be less aware that their ads can appear on dubious Facebook pages as well as junk websites.

“Facebook, unfortunately, automatically opts-in most companies who advertise on their platform,” said a representative of Sleeping Giants, a Twitter-based activist group focused on notifying advertisers about their messages appearing on Breitbart News. “Most companies do not know this.”

While some of the changes Facebook has announced in its modest effort to crack down on fake news have meant that exaggerated or false content gets a lower priority within its News Feed feature, junk sites can easily get around them by buying ads within Facebook to spread their articles. Unless one of their pieces happens to be disputed by one of the social network’s fact-checking partners, Facebook will permit these lower-quality sites to promote their content as much as they want.

“One of the websites I work on earned over $43,000 in Facebook Instant Article revenue … yesterday. $65k over the weekend, just in FBIA revenue, not counting revenue from other ad vendors,” Ted Slater, a web developer who works for a company that owns several clickbait sites, wrote in a Sept. 4 Facebook post. “Yup. We know what we’re doing.” 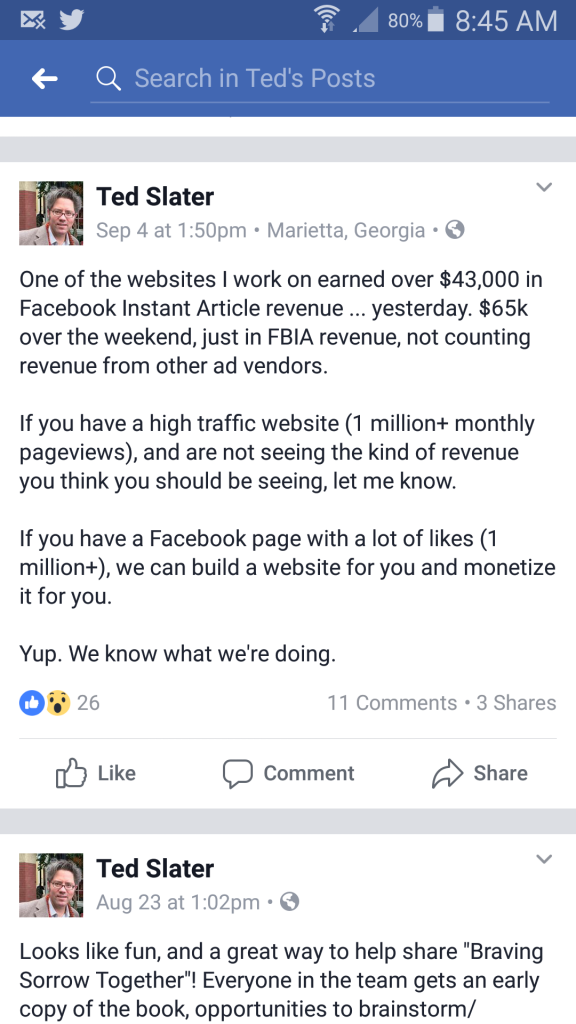