Erik Prince is considering a Senate run in Wyoming: Report

With help from Steve Bannon, the former Blackwater head is considering challenging the Republican establishment 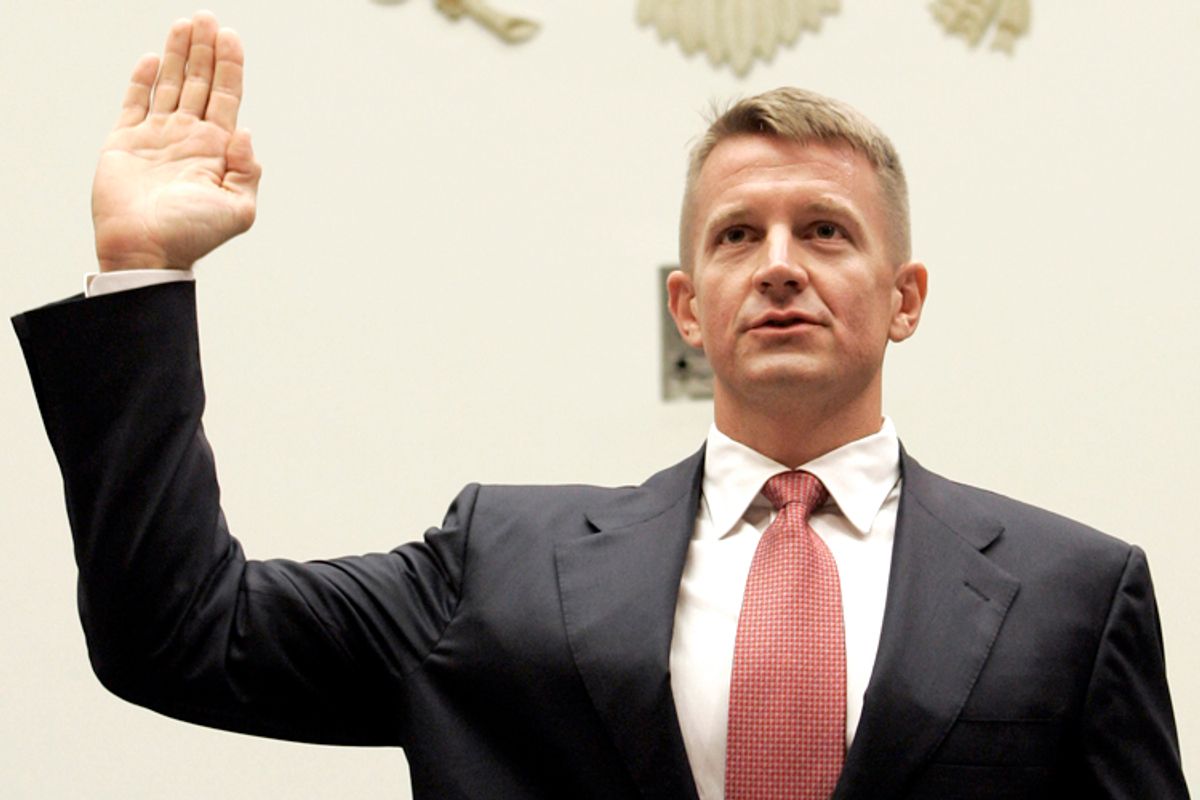 Erik Prince, the founder and former head of the controversial private security firm Blackwater, is mulling over a run for a U.S. Senate seat in Wyoming. The potential move has been encouraged by former White House chief strategist Steve Bannon, who has sought to wage war on the Republican establishment.

Prince, 48, is now the head of the China-based private aviation and logistics firm, Frontier Services Group, and would challenge Sen. John Barrasso, R-Wyo., who is an establishment favorite. Throughout the weekend Prince has looked for ways he could establish residency in the state, the New York Times reported.

Barrasso would have the backing of top Republican leaders including Senate Majority Leader Mitch McConnell, R-Ky., as well as "the well-funded political committees loyal to him," the Times reported. However, in the wake of Roy Moore's victory over incumbent Sen. Luther Strange, R-Ala., as well as increased elevation from Bannon, Prince could present a serious challenge.

Though Mr. Prince carries some baggage, Republicans have privately said that a primary challenge against a lawmaker like Mr. Barrasso is the kind they fear most: an out-of-the-blue run by a renegade from the right against a senator whose sin is not a lack of conservative credentials, but an association with Mr. McConnell and other party leaders.

Prince does not have any experience in public office, but he became an ally of President Trump when he was an informal adviser for his transition team and is the brother of Education Secretary Betsy DeVos, the Times reported.

Prince's past is riddled with controversy and has often tried to stay out of the limelight. But in recent months, reinvigorated by the Trump administration, he's made the rounds on cable news networks and taken out op-ed pages in order to promote his obsession with privatizing the war in Afghanistan using his own security firm — which he would profit from.

But with the help of Bannon, who is once again the head of Breitbart News, Prince is likely to target the Republican establishment as an outsider candidate that would unconditionally support the president's agenda. This would not be an easy fight for the Republicans.