Hang on to your hats, because you're about to get a history lesson 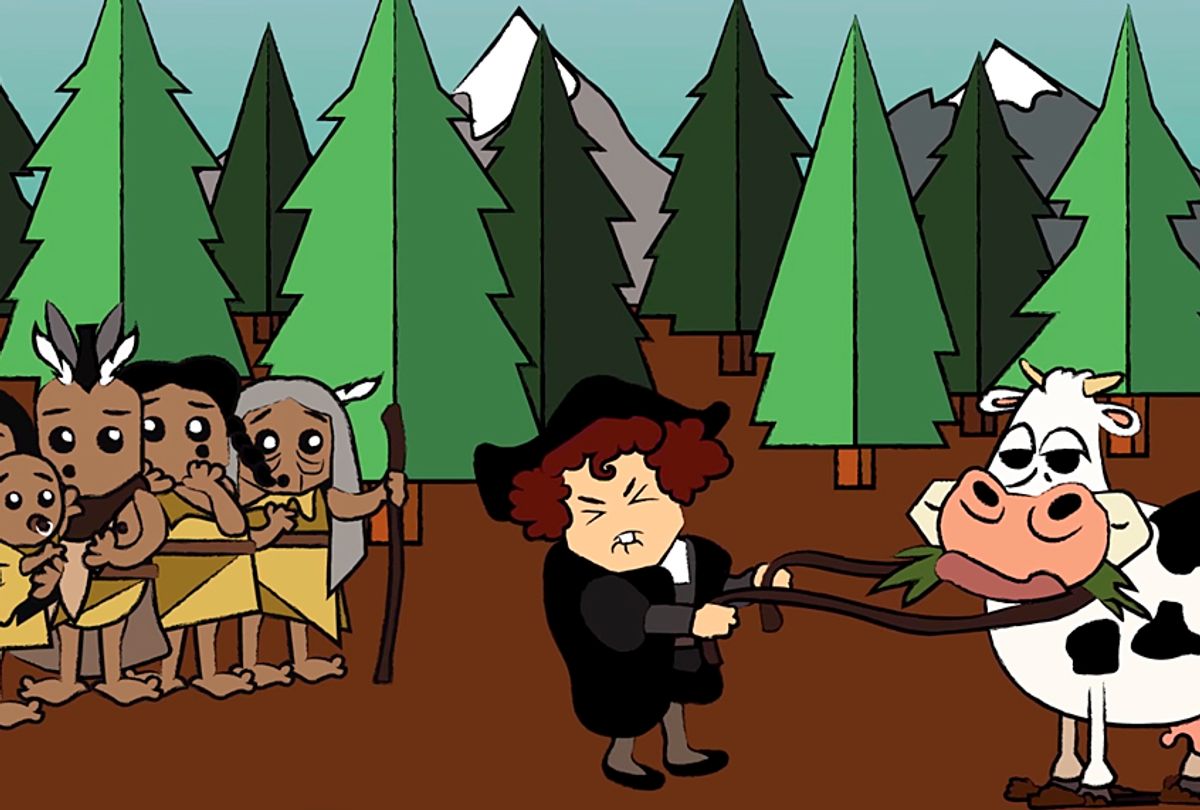 The Daily Wire, the news and commentary portal that is more accurately described as anti-liberal rather than actively conservative, has released itself an adorable, profoundly bigoted Columbus Day cartoon. Quick, watch it before it disappears from the web forever (which it honestly probably should).

This peachy, little morsel of all that is bad in the hearts of Americans spins off of the increasingly popular idea that Christopher Columbus — who was recognized as a genocidal slave master in his lifetime — should be defended from the "political correctness" of those who actually acknowledge his written history.

It also plays with the intertwined notion that he saved the indigenous people he subjected to bondage and slaughter from something much, much worse. Cannibalism gets a particularly dramatic starring role here. The 400-plus years of genocide that followed Columbus' establishment of settlements in the Caribbean gets no mention. Honestly, if not for the outsized, Technicolor racism on display, it would be tiresome.

Of course, Daily Wire founder Ben Shapiro — who, remember, left Breitbart with chin held high due to moral objections — is already out there trying to spin all this as satire, again proving that the right side of the media spectrum doesn't understand what that word means.

—@benshapiro tells me he's on vacation/didn't green light @realDailyWire's Columbus Day vid, but says it's satire & should be judged as such pic.twitter.com/LloK7nyenH

The website of editor Ben Shapiro is far from alone in offering steaming-hot plates of Columbus Day takeage today. It's somewhat of a sport at this point. Just take a look at the Federalist's nifty swing, an essay framing the ascendant use of Indigenous People's Day as a celebration of, yep, cannibalism.

Whereas Columbus Day was, in years past, perhaps an annual — if highly questionable — moment for Italian Americans to hold their heads high, in the Trump era it now seems a holiday for conservative editors and pundits best celebrated by edging up to the abyss and diving right in.