Donald Trump is his own best spokesman, for good and bad

The president is doing great, according to the president — because no one else would say that 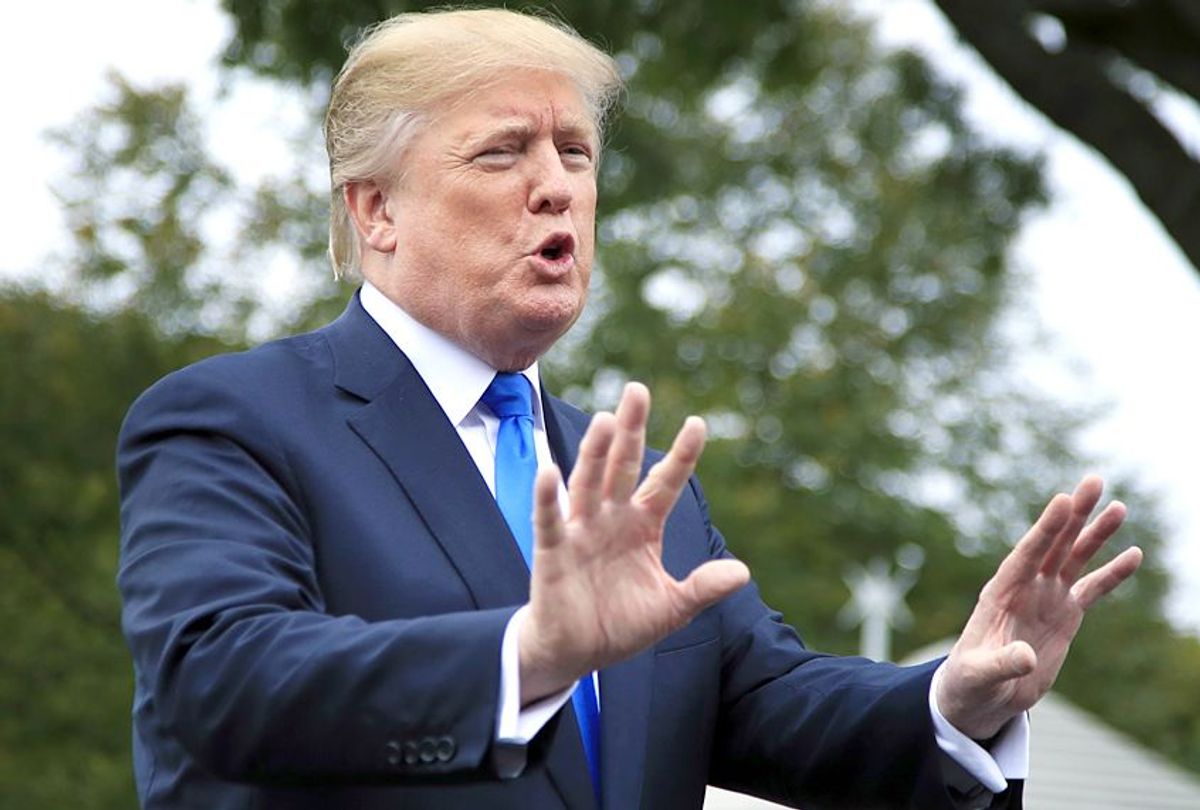 On Monday, president Donald Trump held an impromptu press conference in the White House Rose Garden. During this 40-minute question-and-answer session, the president was quite Trumpy: He falsely claimed that Presidents Barack Obama and George W. Bush didn't reach out to the families of fallen soldiers — while saying that he was sending out letters to family members who died in Niger, weeks after their mission — and said that he had a great relationship with congressional Republicans — hours after he bashed them on camera, saying, "They are not getting the job done." And he tried to tiptoe around the problems in Puerto Rico, saying the problem was that it was an island — again.

So clearly, there was a reason he went before the "fake news."

Faced with the truth being shown before him in nearly every medium (except Fox News), President Trump has been getting frustrated "that his greatness is not widely understood, that his critics are fierce and on TV every morning, that his poll numbers are both low and 'fake,' and that his White House is caricatured as adrift," Politico adroitly put it.

It's becoming a bit of a trend: When Trump goes before cameras, there's often a self-promoting reason behind it. He is a man who comes from a PR machine, not a public one, after all.

In reality, Trump has himself to blame for his presidential problems. His health care bill stalled because he didn't care about any specifics, just getting "a win." His tax plan doesn't have many specifics, even though he says it's going to be done soon; what the White House claims should be taken with a grain of salt. The deadly mission in Niger echoes an earlier deadly mission in Yemen, which was arranged in haste and ordered while the president was preoccupied with other things. America's involvement is also not being supported by neighboring Chad, which is pulling its troops after the Trump administration put the country on its expanded "totally-not-a-Muslim-ban" ban.

So the message to take out of his press conference — and, really, all of his on-camera events Monday — was that someone else was to blame for all of the problems that are occurring under his watch. More Politico, who carefully waded into the world of Trump's shallow self-reflections:

In other words, the buck probably stops somewhere else.