Here's Bill O'Reilly, proving his point about diminishing a president 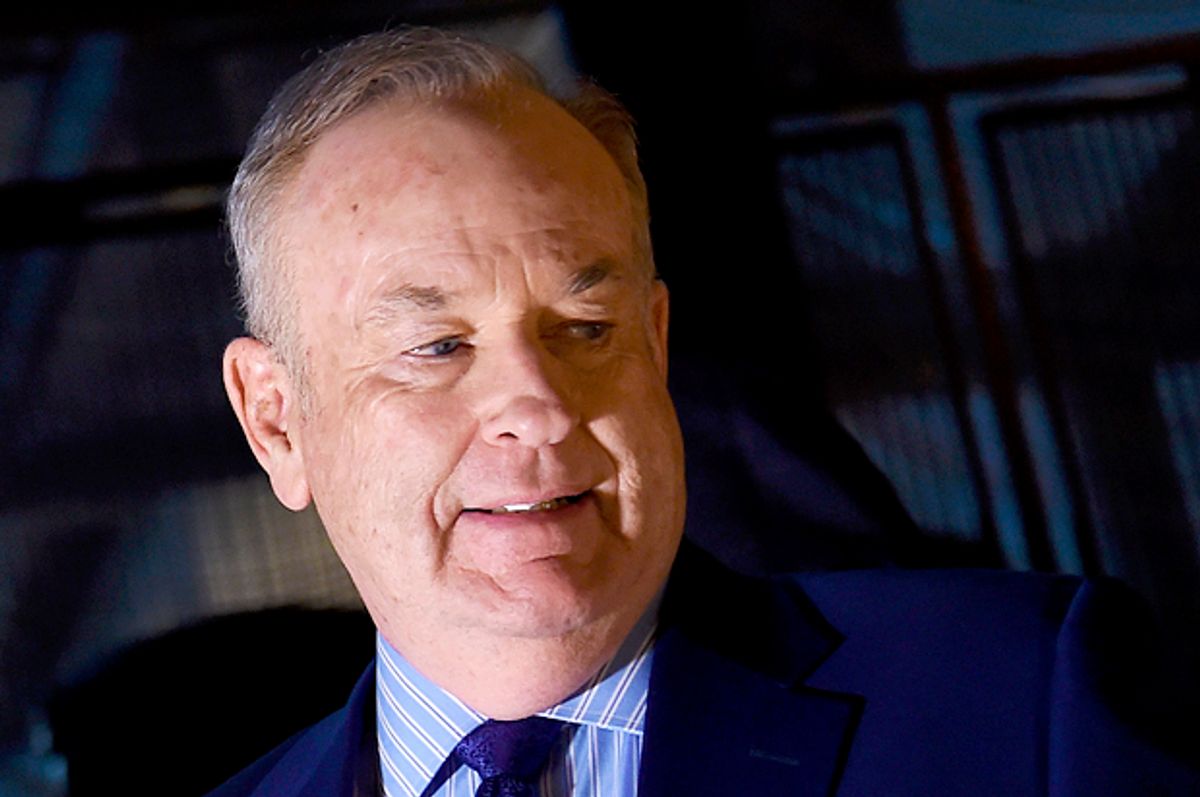 It just seems that anything President Trump says can & will be used to diminish him in the court of public opinion.

The intent of the tweet, presumably, was to defend President Donald Trump. Yet the fired Fox News host tried to undermine former President Barack Obama on a nightly basis.

Over the past eight years, O'Reilly slammed Obama for not "significantly improving" the economy, even though the president salvaged it from an an economic recession. He derided the Affordable Care Act as an "economic disaster," even though the legislation improved the health care of millions and offered a better alternative to whatever Republicans were advocating at the time.

O'Reilly, in short, was Obama's foil throughout his two terms in office. He audaciously used an interview with Obama before a Super Bowl game to berate the former president's mishaps. He mocked and ridiculed Obama's genuine accomplishes as if a Republican president would have done better.

But there's another reason that O'Reilly's tweet was so absurd. The media is not manipulating Trump's words to damage him — or diminish him in the court of public opinion. Trump himself is doing the best job at undermining Trump.

The politically incorrect president often gets himself into trouble for offensive remarks about everyone. He lies like no other politician before him. And he draws ire for comparing himself to former President Barack Obama in blatant attempts to knock his predecessor.

Trump says the worst thing possible at any occasion, such as his comments on recovery efforts in Puerto Rico.

Now that a Republican president is in office, O'Reilly gets to witness firsthand — again — how difficult it is to run a country. And he somehow wants and expects the media to go easier on Trump.