The talk-show format series on the streaming platform will is done, though Handler says she's getting just started 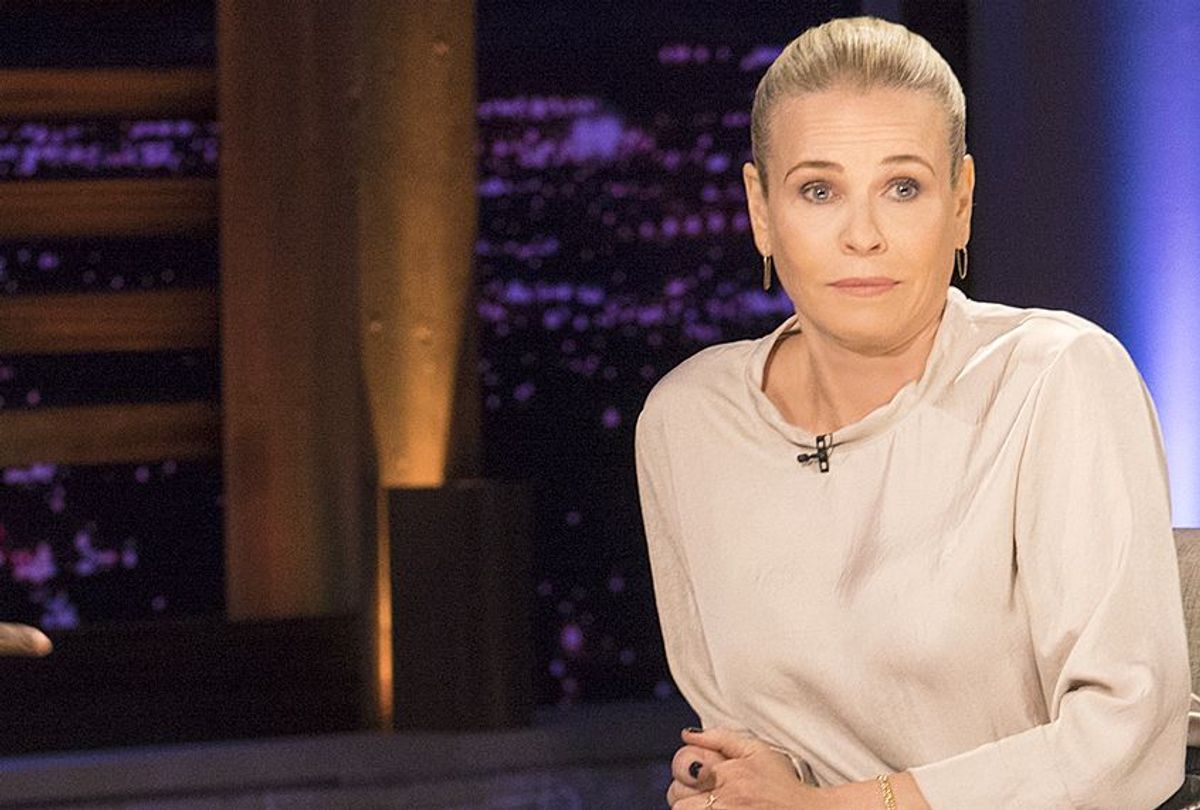 After a two-year run, Netflix's late-night talk show, "Chelsea" — starring, created by and produced by comedian Chelsea Handler — will come to a close, according to The Hollywood Reporter. In response, Handler says she will, "devote as much time as I can to becoming a more knowledgeable and engaged citizen and to focus on projects that have significance to me."

It's an unsurprising series of moves both for the streaming giant and the politically activated feminist comedian. Handler admitted at the start that the show, which never was embraced by critics, was troubled. Indeed, "Chelsea" never quite found its groove. A network style, talk show format series on a platform that specializes in serial, bingeable content, "Chelsea" was always an odd fit for Netflix and both a creative and financial gamble. It's unclear if "Chelsea" ever attracted the ratings Netflix clearly anticipated (the company does not release its internal viewership numbers), but it certainly did not "revolutionize" the talk-show format as hoped.

The show's perceived (and possible) failures may have been a function of Handler's own creative vision and boutique appeal (the closing of "Chelsea" marks at least the sixth Handler show either cancelled or shuttered). However, if there is blame to be portioned out (and it's not clear that there is), most of it should be heaped on the show's technical format and distribution.

Initially airing three nights a week, "Chelsea" later shifted to weekly hourlong broadcasts that emphasized off-the-set, out-of-studio action. Stuck between the mold of "The Daily Show" and "The Tonight Show," "Chelsea" never found a happy medium. As well, audiences have had, for the most of the "Chelsea" run, superior late-night offerings including, yes, "The Daily Show," but also "The Late Show with Stephen Colbert," "Full Frontal with Samantha Bee," "Last Week Tonight with John Oliver" and others. The fact that "Chelsea" was stuck on a platform that people normally go to for a wholly different sort of viewing experience can't have helped matters either.

None of this, however, is the most interesting part of the story. Whether "Chelsea" is ending per Handler's wishes, as she contends, or whether the difficult-to-produce show was simply unsuccessful ratings wise, the comedian's response to the shutting is remarkable.

Like so many across the country, the past presidential election and the countless events that have unfolded since have galvanized me. From the national level down to the grassroots, it’s clear our decisions at the ballot box next year will mark a defining moment for our nation.
For these reasons, I’ve decided not to return for another season of Chelsea, and instead devote as much time as I can to becoming a more knowledgeable and engaged citizen and to focus on projects that have significance to me. My goal is to be better informed, raise my voice, and participate in a more meaningful way. I want to travel the country and visit areas and people I don't know enough about, speak at colleges and listen to students, and gain a better understanding of our political divide. I have joined forces with EMILY’s List to elect more women to public office, register people to vote, and campaign for candidates who are fighting for women’s rights.

Handler has already been active in the political sphere through social media, live events, behind-the-scenes advocacy and other channels. More and more, her engagement has become the through line of her work with her traditional off-color comedy slowly taking a backseat. In this, the pivot is unsurprising, if welcome (though her debate with Tomi Lahren earlier this year was perhaps not).
Handler continued:

I’m excited to share that I will continue my partnership with Netflix, working together on a documentary where I’ll engage with people I don’t talk with enough – people of different ethnicities, religions and political philosophies. Netflix could not be more understanding, and I’m grateful for their continued support. New episodes of Chelsea will continue to stream weekly until the end of this year.

This forthcoming documentary should prove a better swing at political relevance and speak to Handler's core strengths as an out-of-studio host (for all the love her fans have for her, her live hosting has often been stilted and uneven). The best parts of her broken but daring Netflix docu-series "Chelsea Does" certainly offer an intriguing preview of what may come in terms of her work. Her statements across social media, her shows and beyond give us a stronger preview of her forthcoming turn to activism.