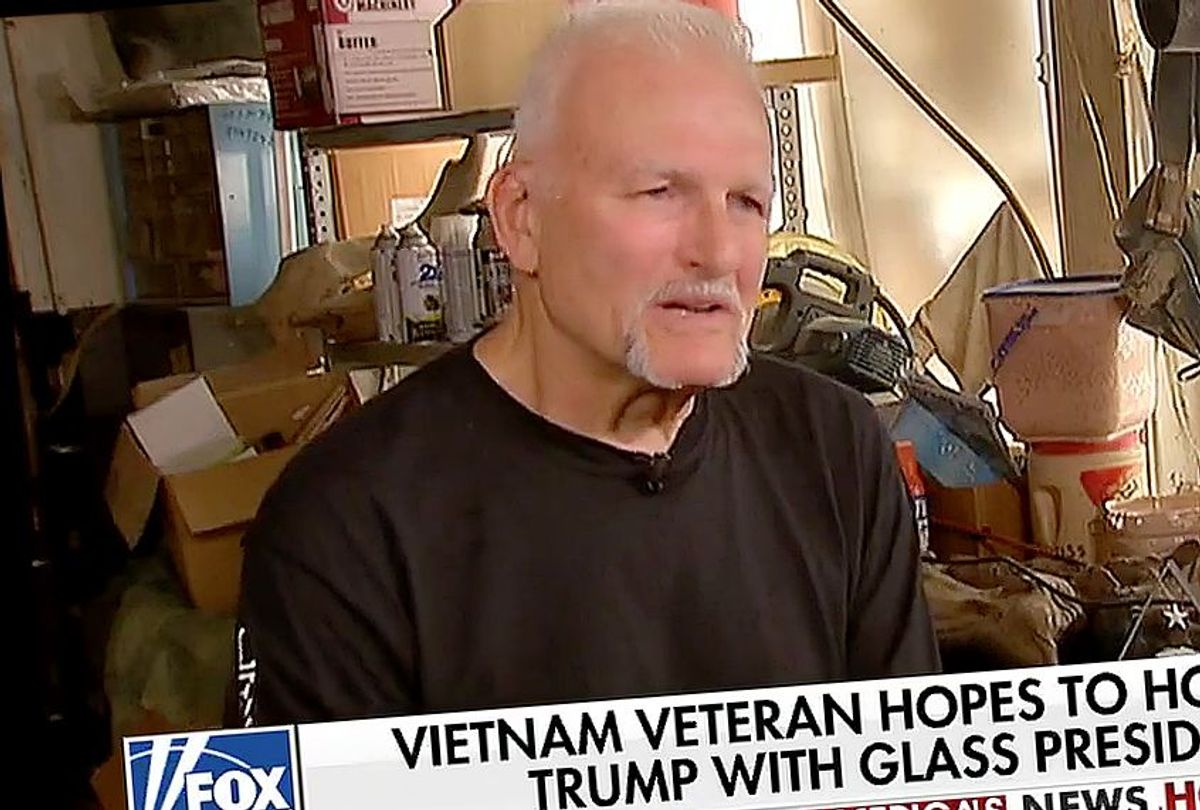 When Fox News ran a story on October 8 about John Garofalo — a self-described decorated Vietnam War Navy SEAL who had created a giant presidential glass seal for President Donald Trump — it was, at least to the network, a darling, inspiring piece of one veteran's deification of his glittering commander in chief. It was also, perhaps coincidentally, a perfect antidote to the bad press swirling about our leader's handling of the spiraling Niger situation and alleged treatment of Gold Star families.

The problem is, for this network that likes to accuse mainstream outlets of being "fake news," is that Garofalo's claim to heroism was itself fake.

"Unfortunately, all of Garofalo's claims turned out to be untrue," Fox News wrote in a retraction on its website. "The fact is that he did not serve in Vietnam. He was never a U.S. Navy SEAL. Even though he showed us medals, Garofalo was not awarded two Purple Hearts or any of the other nearly two dozen commendations he claimed to have received, except for the National Defense Service Medal."

The statement added, "It is true that Garafalo is a glass artist and a veteran. He served in Spain and he gifted two presidential seals to Presidents Ronald Reagan and George H.W. Bush."

Garofalo did indeed serve in the Navy from 1963 to 1967 as an aviation boatswain’s mate, according to Military Times.

Don Shipley, a retired SEAL who exposes individuals who falsify their own military backgrounds, is the one who outed Garofalo as a fraud according to The Washington Post. He contacted Fox News to inform it that Garofalo had misrepresented himself, although the network left the story up on its website as late as Thursday, garnering 1.5 million views in the process. After Fox News didn't take the story down, Shipley contacted the Navy Times.

Since then, Garofalo has spoken out, telling the Military Times his lie "got bigger and bigger. What I did I‘m ashamed of, and I didn’t mean to cause so much disgrace to the SEALs."

As Shipley told the Times, "I don’t know who has the balls in this day and age to do something like that." He also said that it "drove me nutty" when Fox News dragged its feet with a retraction. According to Shipley, he contacted host Bryan Llenas and wrote, “You can turn this story around. I‘ll help you but avoiding it won’t help."