"Putin's Revenge": It's the little things that cause our undoing 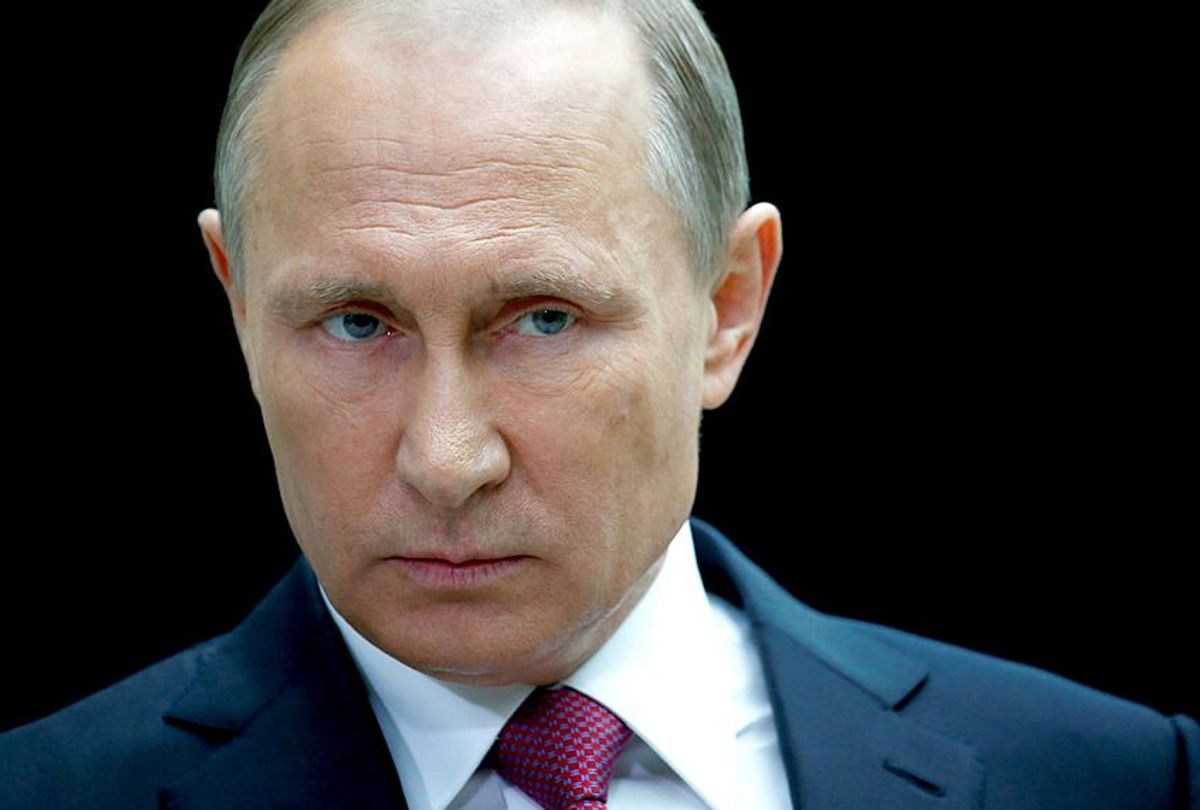 If not for one person’s failure to type the letters I and L, global politics may look very different right now.

They spell out the difference between “legitimate” and “illegitimate,” and refer to a phishing attempt to hack into Clinton’s campaign chairman John Podesta. In the Frontline piece, Podesta explains that one of his assistants with access to my email account checked with a security specialist regarding the upswing in notifications, purportedly from Google, to change his password.

The security person allegedly meant to type the word “illegitimate” in his response: “This is a legitimate email. John needs to change his password immediately and ensure that two-factor authentication is turned on his account.”

By spotlighting such accounts, “Putin’s Revenge,” the latest from veteran Frontline director, producer and writer Michael Kirk, reminds viewers of America’s vulnerabilities to cyberwarfare at the highest levels, which this election illustrated without a doubt. This special places that hack and the threat such concerted force poses to America’s midterm elections in 2018.

Step back from Kirk’s latest documentary, though, and a person may be struck by the fragility of modern democracy on a global scale. That all it takes is the effectiveness of petty men to upend our perception of stability.

Outwardly the purpose of “Putin’s Revenge” is to walk viewers through the political rise of Russia’s autocratic president Vladimir Putin, which the documentary dutifully does by building its narrative around interviews with Russian journalists and dissidents as well as expert contributions from journalists and biographers covering Putin for such publications as The Atlantic and the New York Times.

But Kirk and his co-writer Mike Wiser inform their biographical map by filtering Putin’s hardline autocratic methods through a psychological profile that draws more than a few parallels — Trump. Putin’s history as a former KGB officer is as common knowledge as that photo of him riding a horse shirtless.

Diluted into a meme long ago, that photo is a small part of a long campaign that began with Boris Yeltsin unwisely handing the presidency over to him in 1999. In part one of “Putin’s Revenge,” which airs Wednesday, Kirk and Wiser expediently trace his campaign to consolidate power to the opening days of what was initially his interim leadership, when he sold himself as a reform and a democrat — with the help of his public relations coach.

Even then, a former Putin advisor tells the interviewer, Putin understood that “everything could be manipulated. Any kind of press, any TV program is all about manipulation. It was decided what TV channels would show what news.”

Viewers who have been keeping up with current events are likely familiar with much of this timeline, starting with demolishing of independently run television studios and Putin’s move to bring broadcast media under government control.

That in itself is telling, as is the familiarity of exiled Russian journalist Masha Gessen and opposition figure Vladimir Kara-Murza, whose claim to fame among American viewers is that he survived two assassination attempts by poisoning. Gessen and Kara-Murza have appeared on a number of American news programs as well as night-time talk shows such as “Full Frontal with Samantha Bee” and “The Daily Show.”

Only a few years ago Gessen, Kara-Murza, and other experts featured would not have been recognizable to pop culture consumers, which is sobering to ponder. But as “Putin’s Revenge” spells out, they are guest stars in a reality show produced by a man obsessed with image and pathologically concerned about how the world sees him. If the similarity to our thin-skinned president is alarming, it should be.

Kirk and Wiser expand upon this idea in the second half, which frames Putin’s animosity toward the united states as a product of a resentment over a lifetime’s worth of perceived humiliations. The title’s “Revenge” refers to his seething over the actions of a number of American presidents, dating back to George H.W. Bush’s celebration of the Berlin Wall’s fall (when a young Putin was a counter-intelligence agent stationed in Dresden, Germany, which Gessen refers to as “a backwater”).

From there, many moments in recent history were seen by Putin as one slight upon another. Bush’s post- 9/11 and the subsequent topping of Saddam Hussein in Iraq and Muammar Gaddafi in Libya as well as uprisings brewing in former Soviet countries were seen as existential threats. As he centralized power, restoring Joseph Stalin’s national anthem with new words in the process, his quest to make Russia great again became just as much about elevating his standing in the world and deteriorating America’s.

By innovating tactics in cyberwarfare and enabling the viral spreading of misinformation via social media, “Putin’s Revenge” posits that Russian interference with American democracy was only a matter of time. Clinton, the latest in a line of old foes, had a questionable reputation among America’s electorate that made her a ripe target. The media’s obsession with the headline-grabbing salaciousness of Trump’s “Access Hollywood” tape drowned out the government’s warning about the hack in October — a warning handled and presented with insufficient urgency, Kirk and Wiser point out.

Frontline’s consistently fulfills its purpose of lining up recent news with history to put current events in a context that’s simple to comprehend. And I suppose “Putin’s Revenge” would be chilling if we weren’t already drowning in apprehensiveness over the dangerous ignorance and instability of our own president, a handy gift to Putin whose thoughtless words enabled and encouraged hackers to attack and exploit our cultural divisions.

“Putin’s Revenge” paints Putin as a spiteful malevolence to sharpen the warning of what we could be facing in the coming campaign cycle. But it also arrives at time when Western media is questioning whether we’re assigning too much power to Putin, as the world’s attention starts to turn toward Russia’s upcoming presidential election.

The only Kremlin- approved challenger so far is a reality TV star and former Russian Playboy model, the daughter of a deceased former St. Petersburg mayor who was one of Putin’s early allies. Everybody understands that election is a sham, and unless Putin somehow decides to relinquish power, he’ll become the second longest-ruler in Moscow, outdone only by Joseph Stalin’s 29 years in power.

Another term for Russia’s president may be a forgone conclusion but for now, America’s political landscape remains up in the air. And within Frontline’s two-hour alarm is a hopeful message provided by one of the interview subjects, by way of her recounting of the circumstances that led to demonstrations by Russian citizens.

Putin’s regime quickly quelled the protests, she explained, because “people in the streets can make all sorts of things happen.”