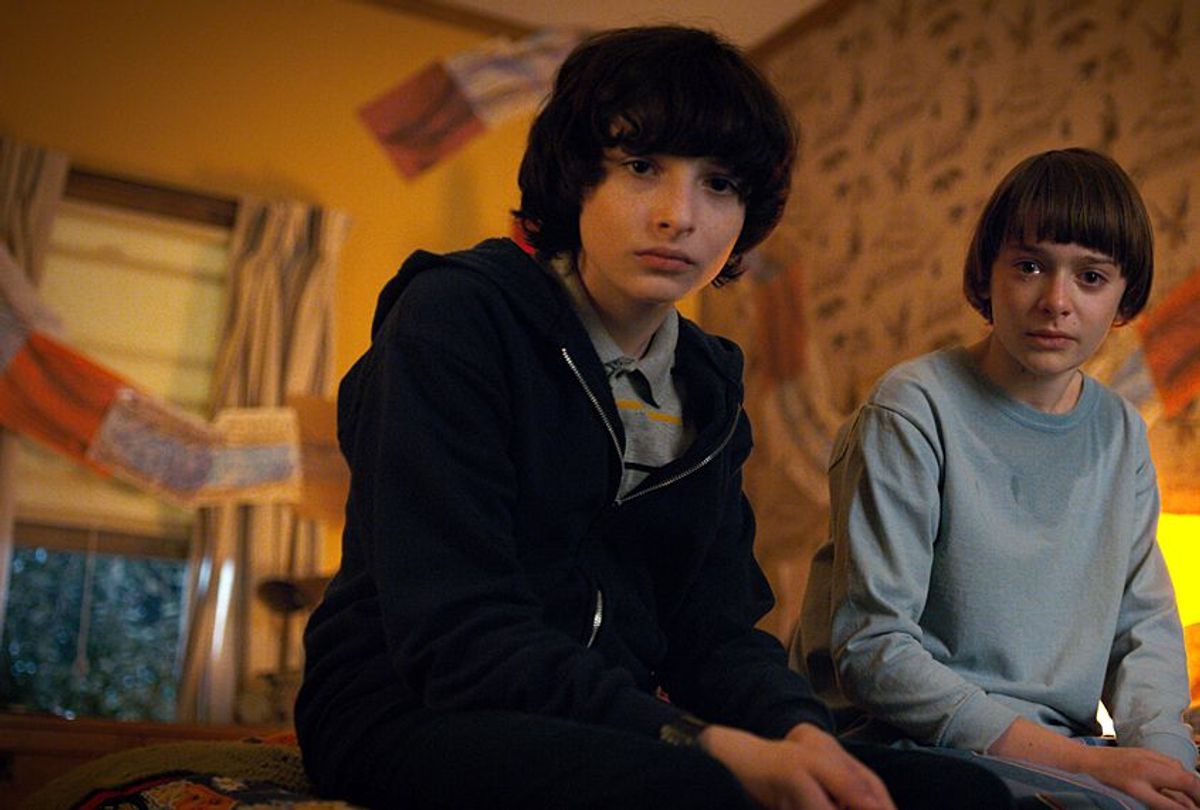 Sequels lean heavily on a fan’s affection for the work being follow-up — more so, actually, than the second season of a TV series. Television writers have a sizable investment in maintaining the audience’s faith in their characters and stories, of course, but they do so with their eye on a longer-term relationship. The journeys of the fictional people in our favorite shows change them in fundamental ways steadily and slowly enough for devoted viewers to adopt them as if they were flesh and blood family members or friends.

Movie writers may not be tasked with such a heavy mandate in large part because of the compressed nature of their stories, relying instead stories populated by established archetypes. He may be one of pop culture’s best loved heroes, but how much do we know about the interior workings of Indiana Jones?

Probably as much as we know about Barb Holland. But Barb, a breakout secondary character in season 1 of “Stranger Things,” captured the audience’s imagination because we were allowed to impress our own experiences with young women like her upon the character. The same goes for everyone in the fictional Spielbergian town of Hawkins, Indiana, the creation of the Duffer Brothers — a pair that’s since become closely associated with ‘80s nostalgia and spot-on homages to its music, atmosphere and above all, its movies.

The promise of “Stranger Things 2” lies in its presentation as sequel to Netflix’s eight-episode first round. Technically it’s a second season as well, but one that employs a broader canvas and takes advantage of a healthier budget to expand its world beyond the limits of Hawkins and its connection to the Upside Down.

“Stranger Things 2” extends its story across nine episodes, making it the equivalent of a six hour-plus epic or, given its two-pronged plot arc, two movies taking up a little over three hours each. One film is far and away superior to the other, frankly, but even the flaws in one tale do nothing to diminish the overall fondness for the adventures navigated by best friends Mike (Finn Wolfhard), Lucas (Caleb McLaughlin), Dustin (Gaten Matarazzo) and their returned friend Will Byers (Noah Schnapp) — or for Eleven (Millie Bobby Brown), a girl with telekinetic powers they accepted into their “party” on their quest to find will in season one.

A year has passed between the events that sucked Will into the murky extradimensional version of Hawkins, Indiana. Everyone is a year older, but nobody has changed much either. Fantasy escapism, informed by movies, video games and Dungeons & Dragons, still inform the boys’ worlds.

Hawkins itself remains the Spielbergian version of the safe small-town clinging to the illusion that nothing much ever happens there.  An agreement in the first season forged between Joyce’s longtime friend and the town’s chief of police Jim Hopper (David Harbour) and the government officials overseeing experiments at Hawkins Laboratory maintains this mirage.

The only others who know the truth about Eleven, the Upside Down and its Demigorgons are a bunch of ostracized overly-imaginative nerds and a couple of popular kids high enough in the high school caste system to know that telling the truth would amount to social suicide, not to mention the possibility of their actual deaths, assisted by the feds.

But they can only pretend this other reality doesn’t exist for so long because, as you may recall, it bled into our dimension in a very real way in the first year finale.

This is more or less the extent of what I can reveal about this world’s expansion until the new episodes premiere at midnight on Friday — which is fine, right? Our collective joy for “Stranger Things” began in the discovery of it. Netflix sneaked it into its stream in the summer of 2016 and word of it spread from there.

As a side effect of the rampant popularity the show took on shortly afterward, with the meme-ability of Barb as part of that, “Stranger Things” sustained criticism for its sugared, nostalgic portrayal of the politically 1980s, the very quality that made it so widely beloved.

The Duffer Brothers only mildly address some of those criticisms in “Stranger Things 2” while pushing its cinematic reverence even more conspicuously before. Elements of these new episode actually leap beyond mere tribute into straight-up lifting lines and visual cues from the era’s best-known films. Sean Astin casting as Bob Newby — yep, that's his name — winks at that factor, as does Paul Reiser’s role (Hope you like “Aliens,” kids).

There’s more to be written about in coming weeks with regard to Brown’s transformation this season and the expanded portrayal of Harbour, presented mainly as a skeptical lawman and resident hero with a gun in the first episodes. This season grants him something of a redemption story allowing him to heal his loss, affording him the opportunity to carry a significant share of narrative’s emotional weight and showcase the extent of his dramatic skills.

But as before, “Stranger Things” is at its strongest when it reminds the viewer that it is a child’s story. One with nightmarish extradimensional dreamscapes teeming with man-eating monsters but, yes, it’s a kid’s story. Although we meet more of the kids’ parents this time around, the sequel’s finest moments honor everything we know about the original band of brave kids as their relationship and rivalries shift, as do  their alliances depending on social setting; such is the way of the school society. Nerds rule, except when they don’t. And a newcomer named Max (Sadie Sink) adds another element to the foursome’s outcast dynamic.

Where “Stranger Things” may stumble is in its choice to keep Eleven and Brown apart from the larger group for most of the season, producing that feeling of watching two movies at the same time. The truth of El's identity is one of story’s central puzzles, and by the end of “Stranger Things 2” we learn more about her than anyone else in the story, although that knowledge ultimately does little to heighten our estimation for the series as a whole.

None of the sequel’s missteps blemish the plot enough to prevent or slow a person’s binging of it — you probably will anyway, and moreover, you should. We’re in the season of confectionery indulgence and innocent scares, an awareness of which “Stranger Things 2” takes advantage. These new chapters gives us just enough of what we want, satisfyingly earning our continued endearment with all the title represents. It’s not perfect, but it is a good sequel and well worth the anticipation that preceded its release.