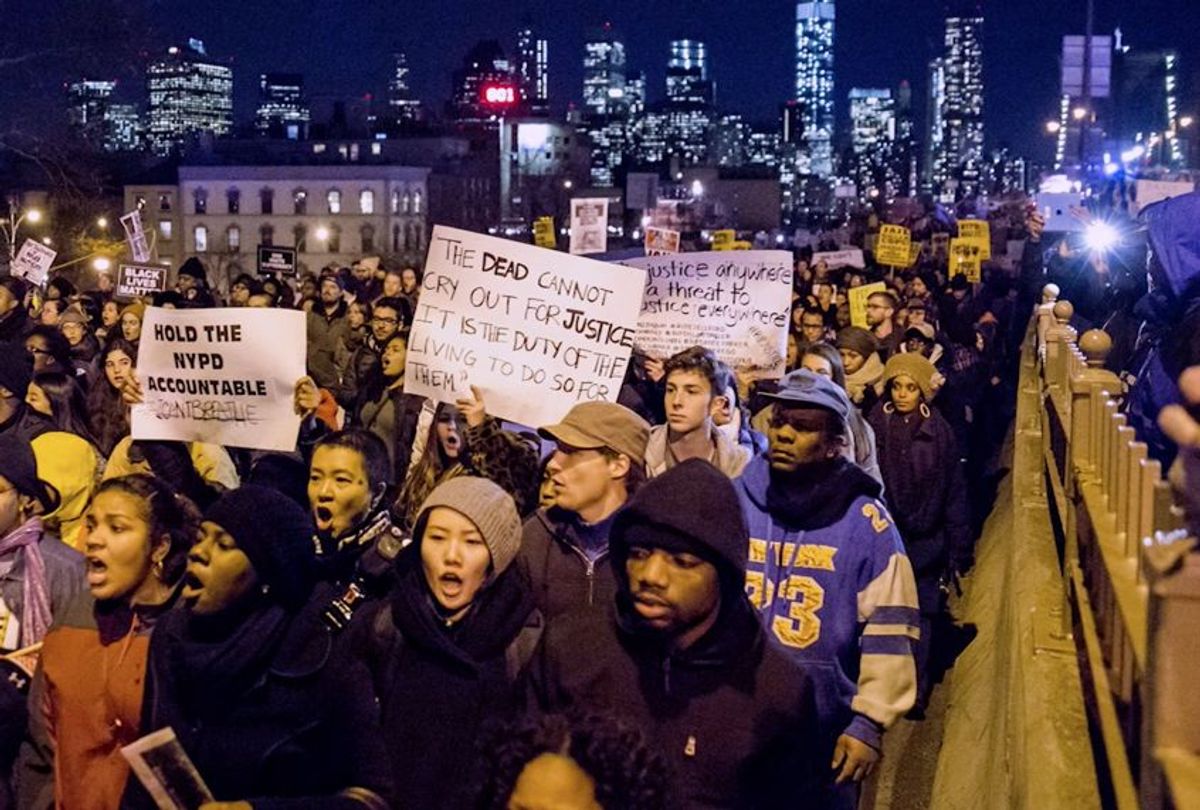 The United States' prison population has surpassed 2 million. One in three black men are expected to go to prison in their lifetime, compared to one in 17 white men. One out of every 115 adults, black, white and otherwise, is incarcerated.

The statistics are harrowing, frightening even. But lost in those numbers is the more human notion that America's enormous and expensive prison system is populated and operated by individual, thinking, caring people.

That is what a new film series released today, called "We Are Witnesses," wants viewers to remember. Created by the criminal-justice platform The Marshall Project, in partnership with Participant Media, The New Yorker and Condé Nast Entertainment, "We Are Witnesses" features 18 individuals telling 18 different stories of their experiences with the criminal-justice system.

Marhsall Project founder and "We Are Witnesses" executive producer, Neil Barsky, told Salon that by diving into a series of intimate interviews, the project attempts to "convey the enormity and the tragedy of the criminal justice ecosystem." He calls it "a 360 degree look at the millions and millions of people whose lives are impacted by our system of crime and punishment."

Yes, that means getting face to face with the prisoners in the system and those who have made their way out of it. But that also means listening to often-unheard voices, ones that may be disquieting to prison reform advocates.

There's the Rikers corrections officer, who relays how terrifying it is to walk the prison's halls, the victims of crime, the retired federal judge overwhelmed by his caseload, and a retired police officer. "I wanted to show that while a system could be corrupt and corrupting, the people involved can be noble," Barsky says. "I don’t see this as a good versus evil institution — mass incarceration — I see it as a perversion of justice."

Some of the stories are more familiar. There's Erica Garner, the daughter of Eric Garner, who was killed by a police officer in 2014 when he was put in a chokehold. There's the late Venida Browder, the mother of Kalief Browder who committed suicide after he was held in Rikers Island under abominable conditions for three years without trial for allegedly stealing a backpack. There's Yusef Salaam, a member of the wrongfully convicted Central Park Five, innocent teenagers President Donald Trump notoriously wanted put to death.

But then there's also Steve Osborne, a retired NYPD police officer, who tries to convey what it means to be a cop. "There's no room for error," he tells the camera. "Nobody wants to hear that you made a mistake." He counters Erica Garner's viewing of the video of her father's death, defending the officer responsible.

And this happens throughout the films: while many of the stories overlap when it comes to trauma and severity of punishment, others contradict them. "The idea of this, is let the viewer decide," Barsky says. "I still believe that showing all perspectives is a much more powerful way of changing minds."

"We Are Witnesses" isn't trying to draw conclusions for you, but it is urgent to make people understand the personal and national costs of such an ineffective, often inhumane system. "The criminal justice system, by its very nature, isolates and demonizes those behind bars and those guarding them," Barsky says. Nonetheless, he says "I think across the board there’s a growing awareness that mass incarceration should be seen as a crisis, but because it’s been going on for so long, it’s seen as the status quo. 'We Are Witnesses' is one way to address that."

See the trailer below and experience "We Are Witnesses" here.