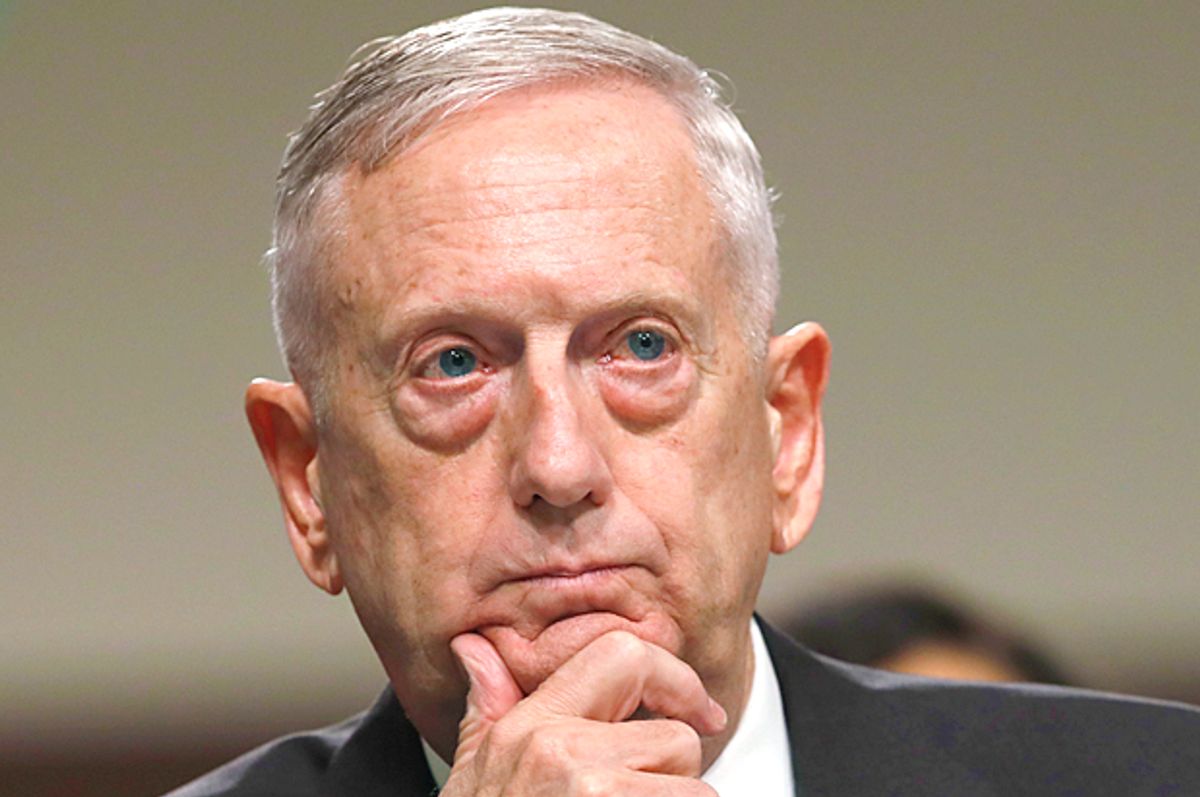 Secretary of Defense Jim Mattis took advantage of several opportunities during his trip this week to the Korean Peninsula to indirectly distance himself from President Donald Trump's saber rattling toward North Korea.

He added, "Ultimately, our diplomats have to be backed up by strong soldiers and sailors, airmen and Marines, so they speak from a position of strength, of combined strength, of alliance strength, shoulder to shoulder."

Later, at the so-called "truce village" of Panmunjom where North and South Korea touch, Mattis quoted Secretary of State Rex Tillerson as saying, "Our goal is not war."

In yet another statement, Mattis denounced North Korea as "an oppressive regime that shackles its people, denying their freedom, their welfare and their human dignity in pursuit of nuclear weapons and their means of delivery in order to threaten others with catastrophe." This description did not, however, cancel out his repeated desire for a peaceful resolution to the ongoing crisis.

Mattis' decision to reference Tillerson bolsters the secretary of state's attempts to negotiate peace less than a month after he was publicly undercut by his own president. After it was reported that Tillerson had told reporters the administration had direct lines of communication with North Korea — even claiming, "We can talk to them, we do talk to them" — Trump tweeted that Tillerson was "wasting his time trying to negotiate with Little Rocket Man."

Trump added, "Save your energy Rex, we'll do what has to be done!"

The president has made a number of other comments about North Korea that observers have worried could lead to a deterioration in America's bilateral relationship with the country.

It is entirely possible that, given Trump's penchant for making incendiary statements on the world stage, Mattis has taken it upon himself to protect the world from the president's erratic behavior.

In July, former presidential adviser David Gergen told Salon that he has asked people in the Defense Department if anyone could check Trump's foreign policy proposals if they go off the deep end. "And the answer they’ve given me back — I don’t think there’s any reason to believe he’s giving such an order... [is] that if they’re given an order that they think comes from an erratic personality, they will double-check it with the secretary before they carry it out."

At least there's one adult in the room.