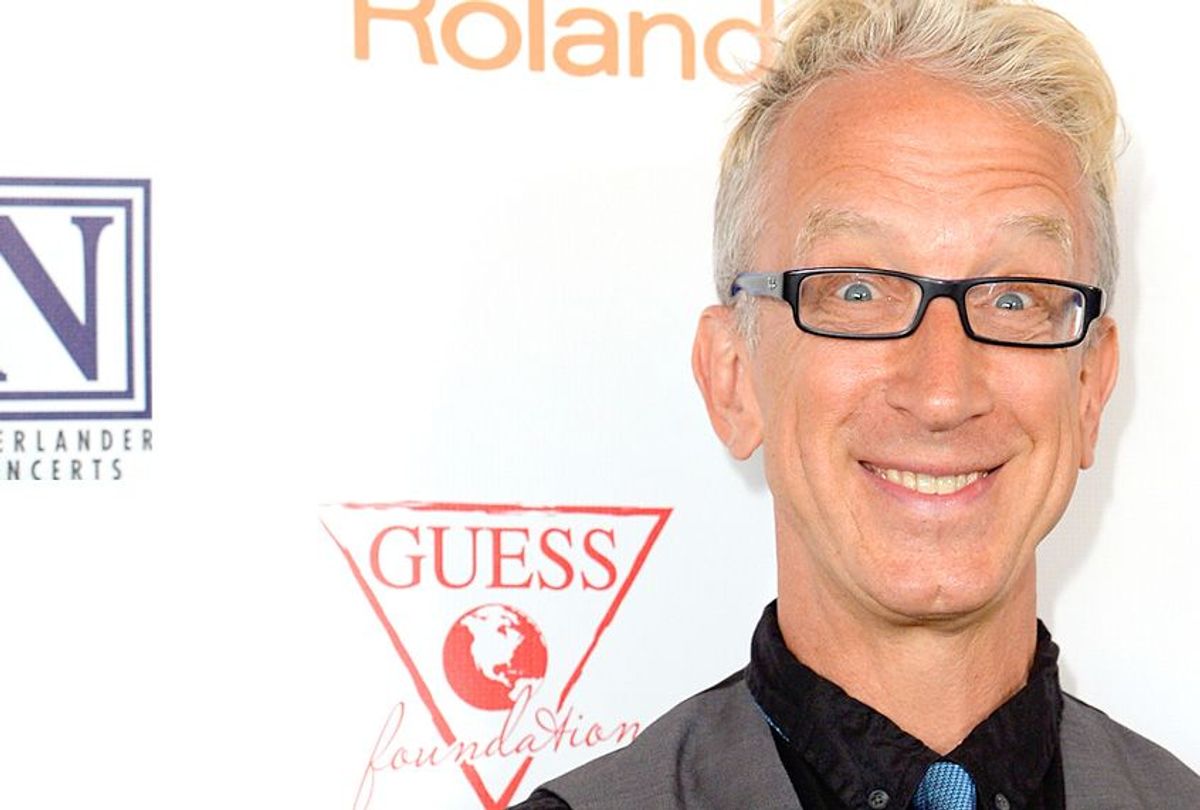 Veteran comedian Andy Dick has a longstanding and well-earned reputation for inappropriate behavior involving drugs, sex and generally acting the fool. Some of it has been in good jest and used to good, comedic ends in performance. Some of it goes well past that in private (his many trips to rehab bear that out).

Now it appears that at least some of that has caught up with him, in the new wave of responses to the systematic pattern of sexual abuse now being upturned in Hollywood, thanks in part to exposés on the behaviors of Harvey Weinstein, James Toback, Kevin Spacey and others.

According to The Hollywood Reporter, Dick has been fired from his small role in the still in-production indie film "Raising Buchanan," due to his on-set behavior. The Reporter writes, "two sources detailed Dick’s inappropriate behavior, which included groping people’s genitals, unwanted kissing/licking and sexual propositions of at least four members of the production."

Dick, for his part, confirmed his termination to the Reporter and offered a perhaps less-than-wise response to the allegations. "My middle name is ‘misconduct,'" he said. "They know what they signed up for."

Dick went on to deny the still officially unspecified charges saying, "I don't grope people anymore. I don't expose myself anymore." This is a reference to the sort of behavior that, for many years, was part of Dick's routine both onstage and off. "I do understand that the temperature in the world right now is delicate."

After that, Dick dug a deeper hole. "I overtook my medication and took too many Xanax and I was a bit loopy," he told the Reporter. "That didn't make me rape people. I really don't get it. I'm always trying to be funny and trying to get a date. I still don't have a date. I am on Tinder and I'm looking."

Much as Weinstein did in his first response to The New York Times' initial exposé on the producer's alleged history of sexual abuse, Dick, 51, pinned any such behavior on his age. "I don't know the difference between sexual harassment and trying to get a date," he said. "In the '70s, all the girlfriends I got was by kissing and licking their cheek. I don't know anymore."

Dick continued, eventually blaming anyone who would consider themselves victims of his advances. "There were beautiful women and beautiful guys on the set. I flirt with them. I might kiss someone on the set and ask them to go to dinner. They are the ones that took it south."

"I won't do it anymore," Dick said of his advances. "I won't lick anyone's face anymore. We have an agreement."

According to the Reporter, Dick's problems on the set of "Raising Buchanan" were not limited to the alleged sexual harassment and assaults. He reportedly showed up to the production a day late, without his lines memorized, and "appeared and acted as if he were intoxicated," as one source says. Dick, as mentioned above, has long struggled with substance-abuse issues.

The industry has often kept Dick at arm's reach, given his on-again-off-again problems with dependence, his professional irresponsibility and other behaviors. His actions and the addictions he sometimes successfully battles have long often gotten in the way of his clear talent.

Now, however, it seems at least some members of the industry are no longer willing to accept his behavior or, more to the point, are being more open and honest about it. Given the mounting allegations against a growing list of notable figures in Hollywood and beyond, moments such as these are at least a somewhat encouraging sign that change may be in the works in the midst of so much disturbing news.