A welcome update of "S.W.A.T." debuts on the heels of a grim diversity report on TV writers rooms 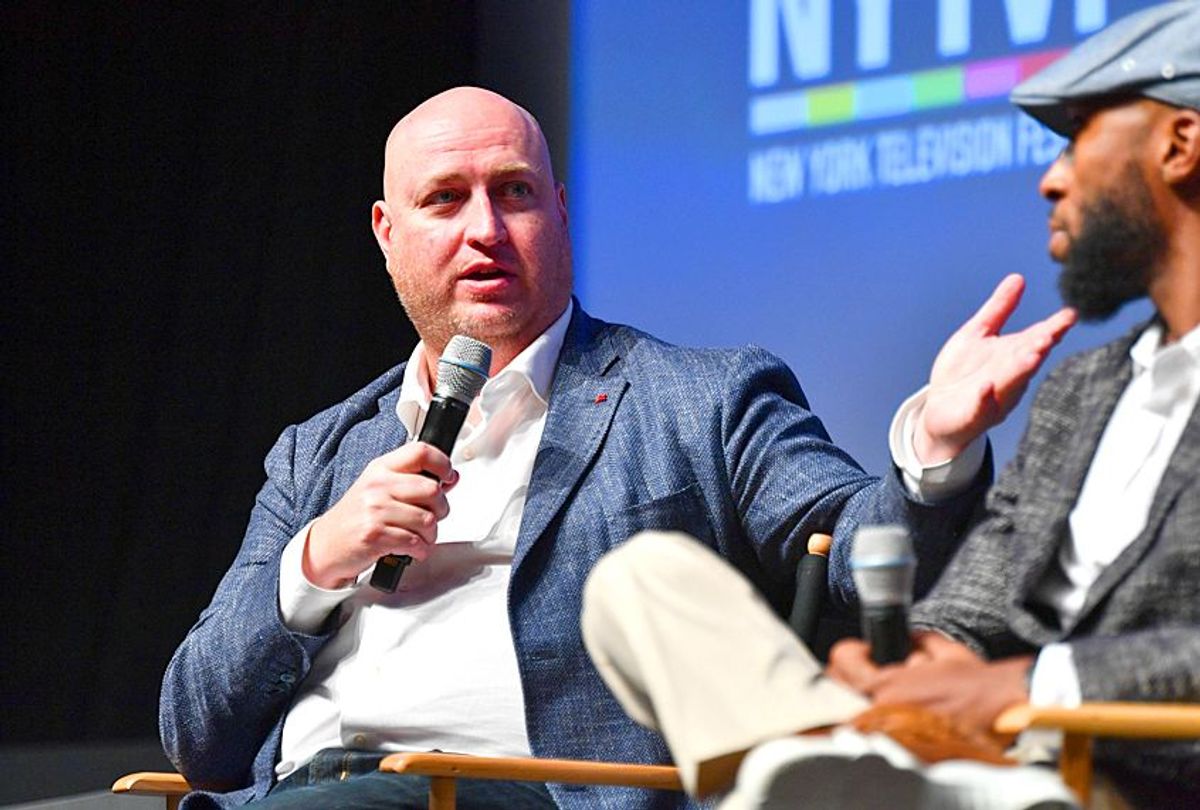 CBS's reboot of "S.W.A.T." is debuting at either an auspicious point in the season and the current headline cycle, or at a most unfortunate time. It all depends on your point of view.

The modern version of the 1975 police drama, debuting Thursday at 10 p.m., comes to us a month after a mass shooting in Las Vegas that left the nation shaken, days following a terrorist attack in New York, and in the midst of a widespread tense debate over the disproportionate level of police brutality suffered by African Americans.

Understandably then, a number of viewers may see Shemar Moore's casting as Daniel "Hondo" Harrelson, a role originated by Steve Forrest in the '70s, as a cynical and placating move. Moore's casting makes him the only lead of color in CBS's lineup of new series for 2017-2018 which, given the network's less-than-stellar diversity track record is worth pointing out as an improvement for the network and an indicator that it has many miles to go.

But the show's pedigree behind the camera adds something extra to this story. The revival is executive produced by Shawn Ryan, the creator behind such series as "The Shield" for FX and "The Chicago Code" for Fox. Ryan previously produced "The Unit" for CBS, a series that also featured a lead of color in Dennis Haysbert.

Ryan also is partnering with Aaron Rahsaan Thomas, with whom he originally worked on Netflix's "The Get Down" before exiting the project.

In separate conversations I had with Ryan and Thomas prior to the fall season's launch, each stressed the importance of taking the network's tried-and-true procedural format and presenting a team of cops who are not an emotionally removed, militaristic force but a group of people who know the men and women in the area they police.

"Whereas on another show, the focus may be on forensics or solving crimes using computer science, we're dealing with people in the community in every episode," Thomas told Salon. "That's how we solve our mysteries."

Thomas and Ryan share showrunner duties for "S.W.A.T.," which adds a vital perspective to the drama's approach that I'll expand upon in a bit.

Originally this article was going to be a straight feature on Ryan's and Thomas' approach to "S.W.A.T." and the way that their modernized take on the series stands apart from other CBS programming by design.

Then on Wednesday, racial justice organization Color of Change released Race in the Writers' Room: How Hollywood Whitewashes the Stories That Shape America. The report, written by  UCLA dean of social sciences and professor of sociology and African American studies Darnell Hunt, examined 234 broadcast, cable and streaming scripted series from the 2016-17 season.

Foremost among its findings? Black writers comprised a mere 4.8 percent of the 3,817 of the writing staffs on these shows. Two-thirds of the dramas and comedies examined had no black writers in their rooms.

Most of the series employing black writers were led by a black showrunner (Less than 10% of shows across 18 networks are led by showrunners of color, according to the report). And those series had five or more black writers at the table in addition to white writers. Meanwhile, among the writers room headed by a white showrunner, more than 69 percent hired no black writers at all.

In an industry environment where over 90% of showrunners are white, it's no mystery that, as the report indicates, "the ultimate result of this exclusion is the widespread reliance on Black stereotypes to drive Black character portrayals, where Black characters even exist at all — at best, 'cardboard' characters, at worst, unfair, inaccurate and dehumanizing portrayals."

CBS is far from the only offender here. The report calls out AMC, Amazon, Hulu, Showtime and others. However, in the report's foreword, Color of Change executive director Rashad Robinson specifically cited the network.

"CBS, once the champion of Norman Lear's record-breaking lineup of successful shows, including 'All in the Family', 'The Jeffersons' and 'Maude,' as well as the home of shows like 'M*A*S*H,' is now digging in its heels to defend writers' rooms that systematically exclude non-white people, and target white audiences with regressive 'white shows' in which people of color do not exist in a meaningful way," Robinson writes.

Moreover, in explaining why practicing inclusion in the writers' room is necessary to make a positive impact on culture, he pointed to the network's bread and butter.

"Crime procedurals greatly miseducate the public about both Black people and Black family and community life," Robinson writes. " . . . We know this shapes both what people think about Black people in real life and the public policies and political rhetoric they do or do not support."

This bring us back to the new "S.W.A.T." As I've previously written, CBS's inclusive revival of "S.W.A.T." doesn't absolve them of the longstanding practices of excluding leads of color from their primetime line-up. But it is a positive step and, better still, the show has a good story to tell behind the camera with the partnership of Ryan and Thomas.

Ryan is a producer with a positive industry track record who recognizes he has the power to be part of the solution, and is acting on that. In our interview he recalled attending another network's diversity event, which was set up to feature showrunners. "The conversation led to the power of television and sort of the power of seeing yourself represented on television. And how those representations that we may not think about can really affect a 13 year old or a 15 year old out living their life."

Understand, most of the problems described in these reports and the sluggishness of change can be explained by the simple fact that the people who score these jobs hire their friends, people they know. This happens at the corporate level, and impacts casting as well as production staffing. CBS in particular has a longstanding reputation of going to the same talent well over and over again.

To that end Thomas — like "S.W.A.T." star Moore — came up in the CBS system. He's an alumnus of the CBS Writers Mentoring Program and got his start as a writers' assistant on Showtime's "Soul Food: The Series." He's also has writing credits on "Friday Night Lights," "Numb3rs" and "CSI: NY."  But although that placed him better circumstances than most, his partnership with Ryan on this series makes the difference in the tone driving "S.W.A.T."

Thomas was encouraged to bring his experience of growing up in Kansas City to the table: he mourned the killing of a good friend by cops, but also knew and liked a cop who lived on his street. Thomas' idea was to make Hondo a character who understands the viewpoint of Black Lives Matter while also resonating with the concerns of his brethren in blue.

Part of the Color of Change report's finding is that having one writer of color in the room doesn't necessarily guarantee an improved portrayal of minorities on series. Here, Ryan and Thomas consciously strive to ensure that it does. The L.A. portrayed in "S.W.A.T." reflects the city's ethnic diversity as opposed to expressly portraying the wealthy and mostly white version of  Los Angeles typically reflected in prime-time. The series debut follows a case centered in Hondo's neighborhood, for example. Future episodes set the team in the Latino-dominant Boyle Heights neighborhood as well as pursue narratives centered upon the city's Muslim, Armenian and the Filipino communities.

"I don't want to oversell how much a TV show or how much a CBS drama can change things," he said, cautiously going on to add, "very naively and optimistically, I'm just wondering if the way we're portraying or going to portray the police and Hondo as trying to be different, maybe that could have an effect in some way. It's naïve on my part to think so, but it's fun to go to work and try."

Thomas seconded this. "These things go on fits and starts in Hollywood. But we look at is as we have an opportunity to help the conversation continue to move forward as much as possible. So we hope our show can be a part of that."