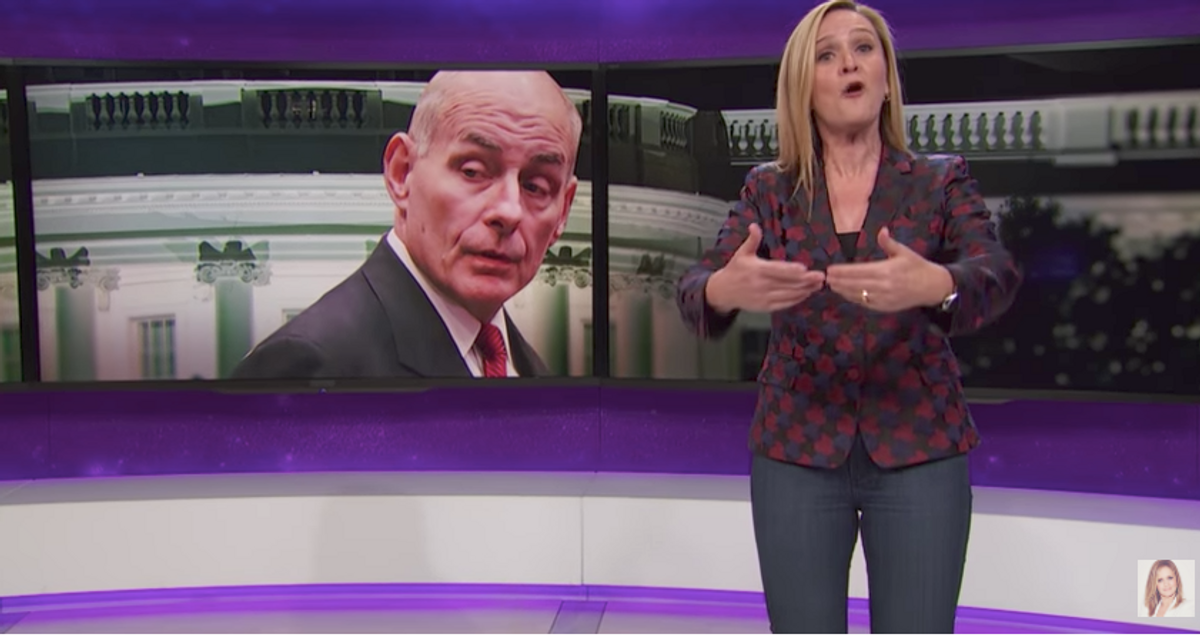 Samantha Bee says it's time for the public to stop putting its faith in "kind of okay white people" because "they are not gonna save us, they are into it."

Of course, Bee was referring to White House Chief of Staff John Kelly.

On Wednesday's "Full Frontal," Bee slammed Kelly over his attempt to explain his view of the Civil War, in which he said Confederate Gen. Robert E. Lee was an "honorable man."

"He was a man that gave up his country to fight for his state which in 150 years ago was more important than country. It was always loyalty to state first back in those days. Now it's different today," Kelly said on Fox News. "But the lack of an ability to compromise led to the Civil War. And men and women of good faith on both sides made their stand where their conscience had to make their stand"

"Fuck all the way off with that revisionist, both-sides bulls**t," Bee said. "Okay, I'm sorry, that was harsh."

Bee continued, "You know what? Let us compromise: woman to property, as in, you are my property. You come work for me for free, I'll beat and rape you whenever I want and you let me know how long you're willing to wait for the nation to come to a compromise on your humanity."

Bee questioned how Kelly was supposed to be the person to "whip [President Donald] Trump into shape," and compared him to Trump's daughter, Ivanka Trump, after much of the public once believed her to be the voice of reason in the administration.

Bee continued, "If this guy is the adult in the room, we need to start figuring out ways to lock the door from the outside.