Legends of the "pee tape": Trump's bodyguard can neither confirm nor deny 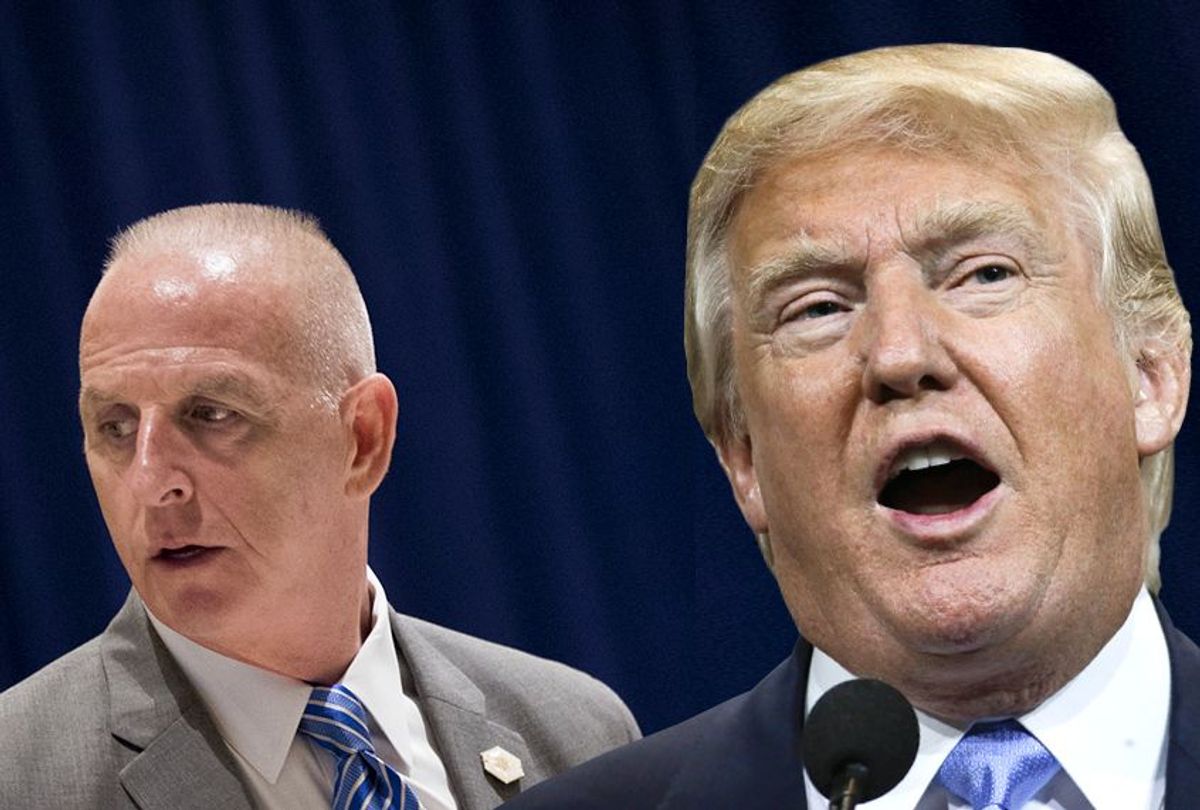 For most of the last year, a swirl of salacious gossip has surrounded President Donald Trump. At its center is the notorious dossier of potentially compromising facts or rumors about Trump, apparently compiled by former British spy Christopher Steele.

There's a lot of explosive information in the dossier, but the most eye-popping allegation — which remains unsubstantiated, to be clear — concerns one night in Moscow.

According to the dossier, Trump's 2013 trip to Moscow involved a visit by prostitutes to the hotel suite where he was staying, one purportedly occupied on a previous occasion by Barack and Michelle Obama. Worse yet for Trump, the dalliance was secretly filmed by Russian officials happy to have compromising materials. This perhaps-apocryphal recording is known in media and political circles — especially on Twitter — as the "pee tape." If such a tape were to exist, it would be, at the same time, the holy grail of lowbrow sensationalism and the most intimate look we've ever had at a modern president.

This footage is Schrödinger's video. It simultaneously exists and doesn't exist. Each story about Trump's alleged dealings with Moscow or Kremlin agents reminds us that this video could be out there.

On Wednesday, Trump's longtime bodyguard Keith Schiller spoke to Congress, and said that Trump was offered prostitutes while he was on that trip to Russia, according to NBC News. Schiller, though, said he interpreted the offer as a joke:

It is not known what happened in that hotel room after Schiller went to bed. Maybe Trump went to sleep. Maybe one of the Russian nationals who were escorting him came by or sent visitors.

This isn't to say that we suddenly have more evidence that a lurid tape actually exists, because we don't. But this news won't make Trump-Russia collusion deniers too excited. Schiller's interview offers a small but important acknowledgement that during Trump's 2013 visit to Russia, an offer was made. Trump may not have taken anyone up on the offer when Schiller was around, but Schiller effectively admitted that there was a potential opportunity.

The second part of Schiller's two-pronged defense isn't open-and-shut, either. Schiller said that "he and Trump were aware of the risk that hotel rooms in Moscow could be set up to capture hidden video." A defense like that — essentially, the argument that reasonable people take reasonable precautions — would work better if we were not talking about a man who looked directly at the sun during a solar eclipse, despite the basic and clear warnings delivered to roughly 100 percent of the human population.

This hypothetical video may sound like pure, trashy media candy — a sugar high that would make the Lewinsky scandal seem like a town council debate on library funding — but there is some potential substance here too. As special counsel Robert Mueller goes through Trump's inner circle, searching for evidence that members of his campaign colluded with Russia to dig dirt on Hillary Clinton — whether it be by hacking her emails or members of her campaign — the dossier gives Americans an unverified cheat sheet as to what may have happened.

Of course the existence of such a video would also mean that the president of the United States was a total liar. Then again, we knew that already.