"SNL" tiptoed around the Louis allegations, referencing him sporadically throughout the show, yet had a Moore skit 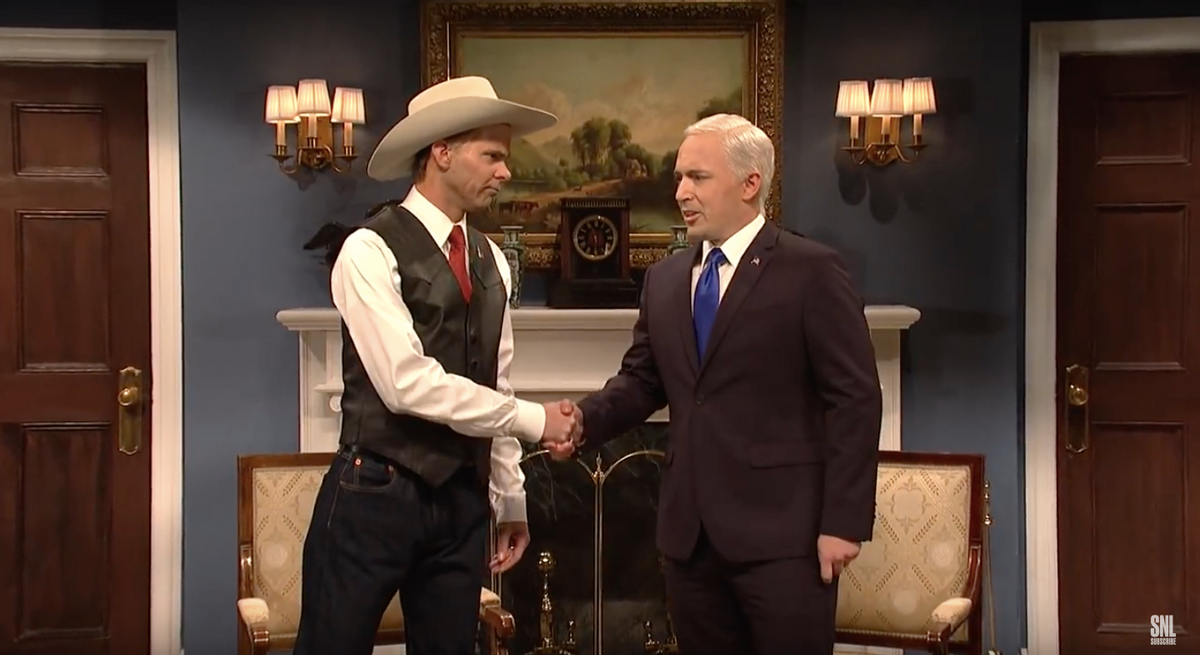 NBC's weekly variety show dedicated a full skit to the Moore allegations, mocking Alabama's penchant for electing unqualified and grotesque candidates. But when it came to Louis, who had also been accused of sexual improprieties, "SNL" only mentioned his name once throughout the entire show.

It was a bombshell story ripe for scorn and ridicule. "SNL" cast member Beck Bennet, however, failed to deliver the one joke that explicitly mentioned Louis, stumbling over his words before he even got to the comedian's name.

“Even I heard about Louis C.K. and I’m not allowed to watch TV. I’m only allowed to listen to it,” Bennett said in his character of Vice President Mike Pence.

Comedian Tiffany Haddish hosted the show Saturday and did allude to the allegations in her opening monologue.

“Listen, fellas, listen. If you got your thing-thing out and she’s got all her clothes on, you’re wrong. You’re in the wrong,” Haddish said.

NBC has not had the greatest record in the wake of a flurry of sexual abuse charges. The network's news division refused to publish Ronan Farrow's reporting on the Weinstein allegations, forcing him to turn to New Yorker magazine, which provided him a platform to out Weinstein as a serial abuser.