Jon Stewart on Louis C.K.: "Did I miss something? Could I have done more?"

The veteran comedian was visibly shaken as he responded to the accusations by five women against Louis C.K. 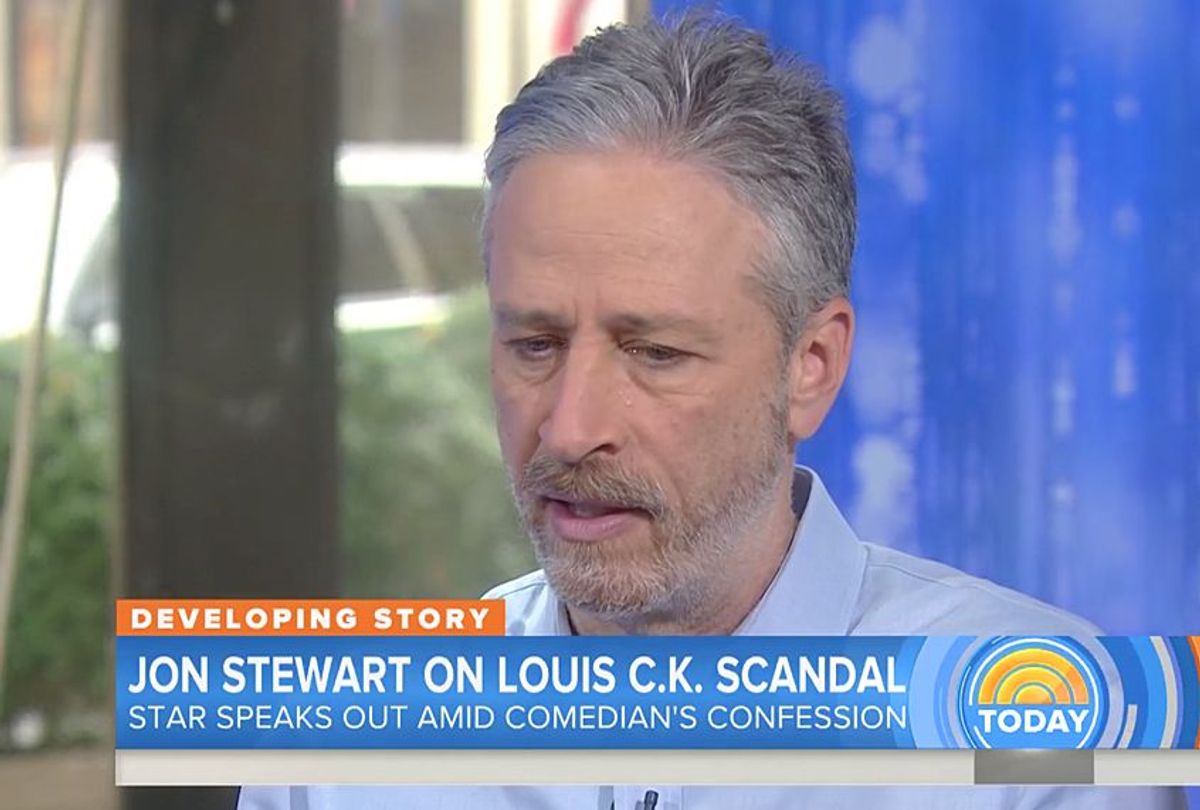 On Tuesday morning's broadcast of the "Today" show, anchor Matt Lauer asked comedian and former "The Daily Show" host Jon Stewart to comment on his friend Louis C.K.'s admission of sexual misconduct toward five women. Stewart said that he was "stunned."

"You give your friends the benefit of the doubt," he continued. "I have friends who have compulsions and who have done things like gambling or drinking or drugs, and we've lost some of them, some of them died. You always find yourself back to a moment of 'Did I miss something? Could I have done more?' And in this situation, I think we all could have."

Stewart wanting to give Louis C.K. the benefit of the doubt is something comedian Marc Maron also echoed. Maron also noted that he had asked Louis C.K. about the allegations before and that the comedian had always denied them.

Stewart spoke somberly, obviously upset about the situation. "So, you feel anger at what he did to people," he said. "Look, comedy on its best day, is not a great environment for women. I think it's gotten better over the years, but certainly when we started 30 years ago, it was really difficult."

"So to do it was an act of bravery in and of itself," he said of women choosing to enter that charged environment. "The idea that there was this added layer of pressure and manipulation and fear and humiliation . . . "

From there, Stewart demanded change and expressed an understanding of the overlying problems in his community.

Stewart made clear that sexual misconduct in the comedy world was not confined to Louis C.K. "It's endemic," Stewart said. "I think it's a question of we're used to being in charge, and I think if you talk to women, they're in a very difficult position and you get mad at yourself, too, for laughing it off and for thinking that didn't happen. And, it's hard." It wasn't a perfect response, but it certainly wasn't an awful one.

That all changed once The New York Times published an exposé Thursday of last week, listing five women accusing Louis C.K. of sexual misconduct. The next day, C.K. admitted his guilt with a lengthy, sometime disingenuous and bizarre statement. "At the time, I said to myself that what I did was okay because I never showed a woman my dick without asking first, which is also true," he wrote. "But what I learned later in life, too late, is that when you have power over another person, asking them to look at your dick isn’t a question. It’s a predicament for them."