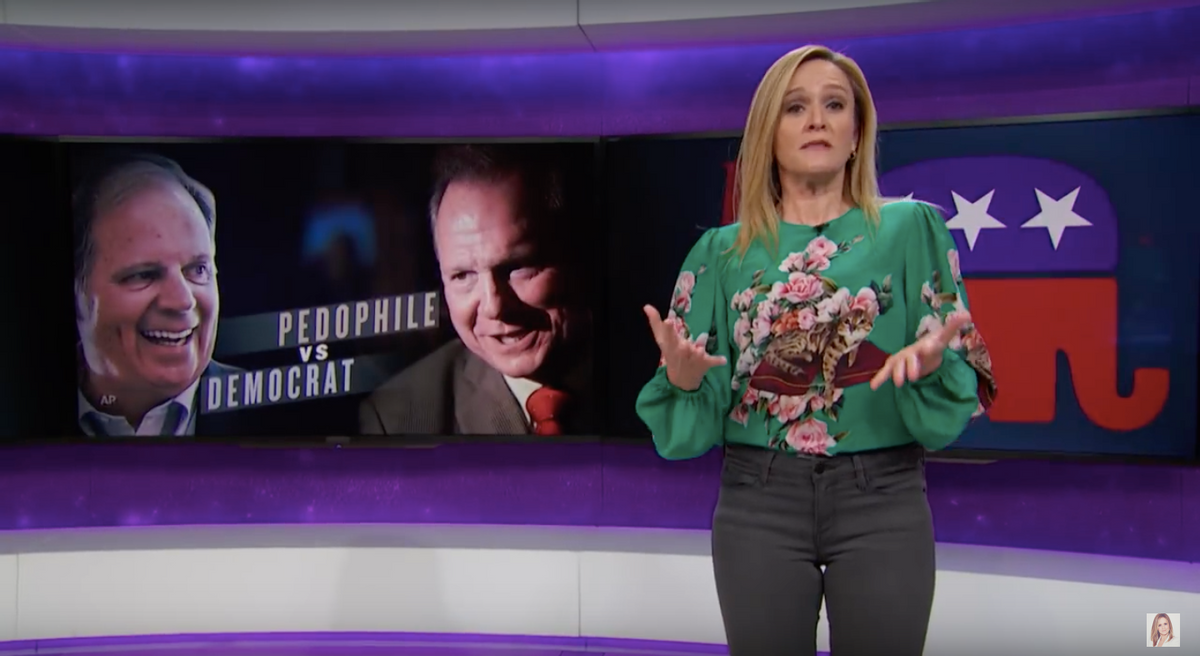 Samantha Bee has been one of the most consistent voices in speaking out against sexual harassment and misconduct. On Wednesday, the "Full Frontal" host took on the latest sex abuse scandals, which continue to hit the world of politics and entertainment.

Bee began by looking at the flurry of sexual harassment charges against Republican Alabama Senate candidate Roy Moore, noting this wasn’t just an Alabama problem, but a “human problem.”

The issue of sexual misconduct has proven to be more than an isolated incident. It is a national endemic that has affected almost every community.

It’s “easy to condemn someone else’s predator, but it’s harder when it’s your own critically acclaimed pervert,” Bee said, as an image of Louis C.K. appeared beside her.

“Each community has to kick out their own creeps; that applies whether you’re in politics, entertainment or whatever the fuck you call Steven Seagal’s profession,” Bee said.

While America has made some progress in recent weeks, calling out and condemning those who have preyed on women over the years, there is still a lot of work to be done.

“We’ve made important progress in the entertainment industry, but it’s not enough," Bee said. "Everyone in Hollywood is patting themselves on the back for exiling Harvey Weinstein, but this week The Hollywood Reporter raved about ‘Daddy’s Home 2,’ proclaiming, ‘Mel Gibson is once again family friendly.’ Because nothing says ‘family friendly’ like a racist domestic abuser with a drinking problem, and the words ‘Daddy’s home.’”

The special election in Alabama offers an opportunity for voters to right some wrongs. And recent polls suggest that Alabama voters may be willing to bail on Moore, even if it means electing a Democratic candidate in Doug Jones.

Nevertheless, Alabama maintains a reputation of ornery defiance in certain parts of the country. So Bee pleaded with Alabamans to do the right thing come election day.

“If you want to prove that your lovely state is better than liberal, sex-crazed Hollywood, the voter registration deadline for the special election is November 27th. Please prove all of us Yankee assholes wrong about you.”