Less than 24 hours after The Washington Post exposed a purported pattern of harassment, the anchor is gone 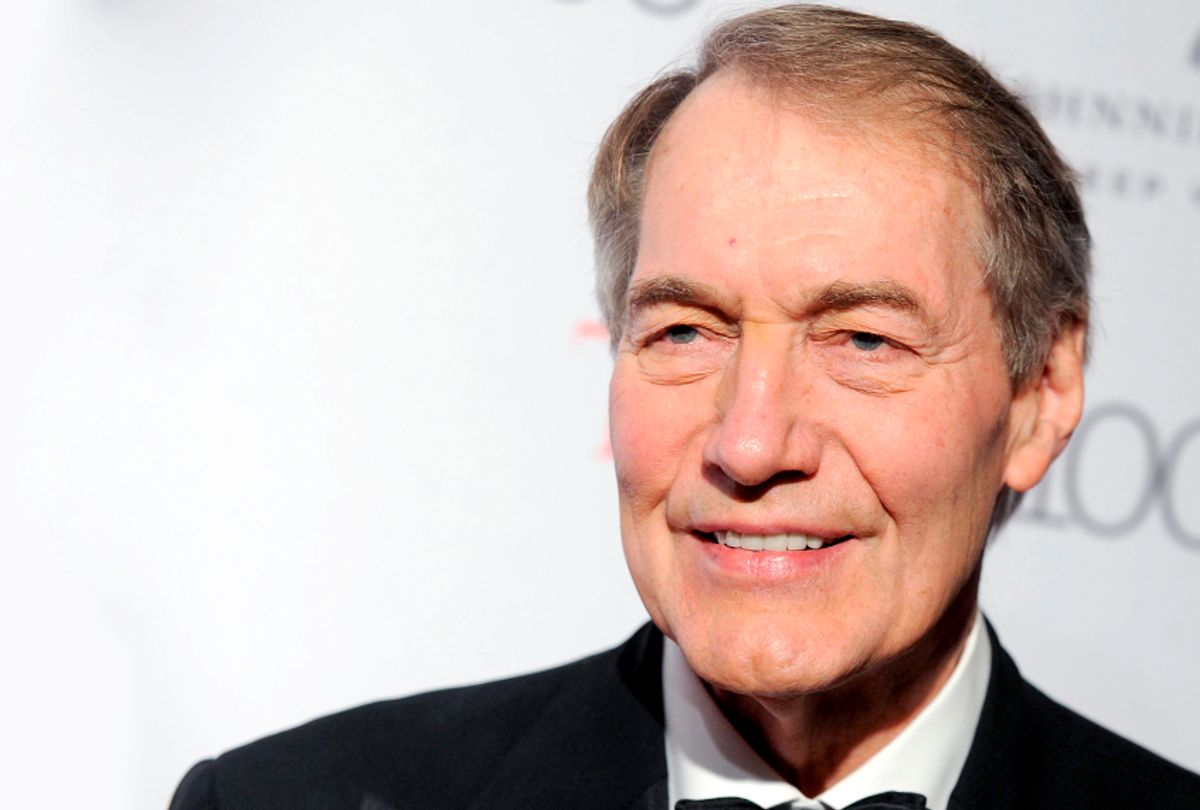 CBS has fired Charlie Rose less than 24 hours after The Washington Post published an exposé detailing an alleged pattern of sexual harassment and assault going back to at least the 1990s. Rose, 75, was an anchor of the network's flagship news program, "CBS This Morning," as well as a contributor to its long-running magazine-format show "60 Minutes."

In a memo to staff, CBS News President David Rhodes wrote, “A short time ago we terminated Charlie Rose’s employment with CBS News, effective immediately. This followed the revelation yesterday of extremely disturbing and intolerable behavior said to have revolved around his PBS program."

Rhodes continued, "Despite Charlie’s important journalistic contribution to our news division, there is absolutely nothing more important, in this or any organization, than ensuring a safe, professional workplace — a supportive environment where people feel they can do their best work. We need to be such a place.”

He added: "CBS News has reported on extraordinary revelations at other media companies this year and last. Our credibility in that reporting requires credibility managing basic standard of behavior. That is why we have taken these actions."

Rose, who has worked for the network at various times in his long career, began his most recent stint as the host of "This Morning" in 2012. He has worked at CBS' "60 Minutes" franchise since 1999.

As well, Variety has reported that PBS will no longer be broadcasting Rose's self-produced chat show, "Charlie Rose." A statement from the broadcaster reads, "In light of yesterday’s revelations, PBS has terminated its relationship with Charlie Rose and cancelled distribution of his programs." It adds, "PBS expects all the producers we work with to provide a workplace where people feel safe and are treated with dignity and respect."

Without a distribution partner, it's likely that "Charlie Rose," out of whose offices many of the allegations came, will no longer be produced at all.

Earlier this morning, Rose's now-former co-anchors at "CBS This Morning," Gayle King and Norah O'Donnell, gave him no quarter.

“This is a moment that demands a frank and honest assessment about where we stand and more generally the safety of women," O'Donnell said. "Let me be very clear. There is no excuse for this alleged behavior. It is systematic and pervasive and I've been doing a lot of listening."

She continued, "Women cannot achieve equality in the workplace or in society until there is a reckoning and a taking of responsibility," adding that there "will be an investigation." Whether today's firing is the result of that investigation is unclear as of this time.

In The Washington Post's exposé Monday, reporters talked to eight women — some of them anonymous — who accused Rose of a litany of abuses including unwanted propositions, non-consensual touching of the thighs, breasts and buttocks and inappropriate comments. One even claimed that Rose touched her in a way at his house that would fit the legal definition of sexual assault.

Rose, for his part, offered a statement Monday night via Twitter saying, "It is essential that these women know I hear them and that I apologize for my inappropriate behavior. I am greatly embarrassed."

He added, "I have behaved insensitively at times, and I accept responsibility for that, though I do not believe that all of these allegations are accurate. I always thought I was pursuing shared feelings, even though I now realize I was mistaken."

Despite this, when asked by a cameraman Monday night on the streets of New York, Rose responded, "It's not wrongdoings."

When asked if he has anything to say to the women who have accused him of "wrongdoings," Charlie Rose responds and says: "It's not wrongdoings." pic.twitter.com/DXBm75HHLw