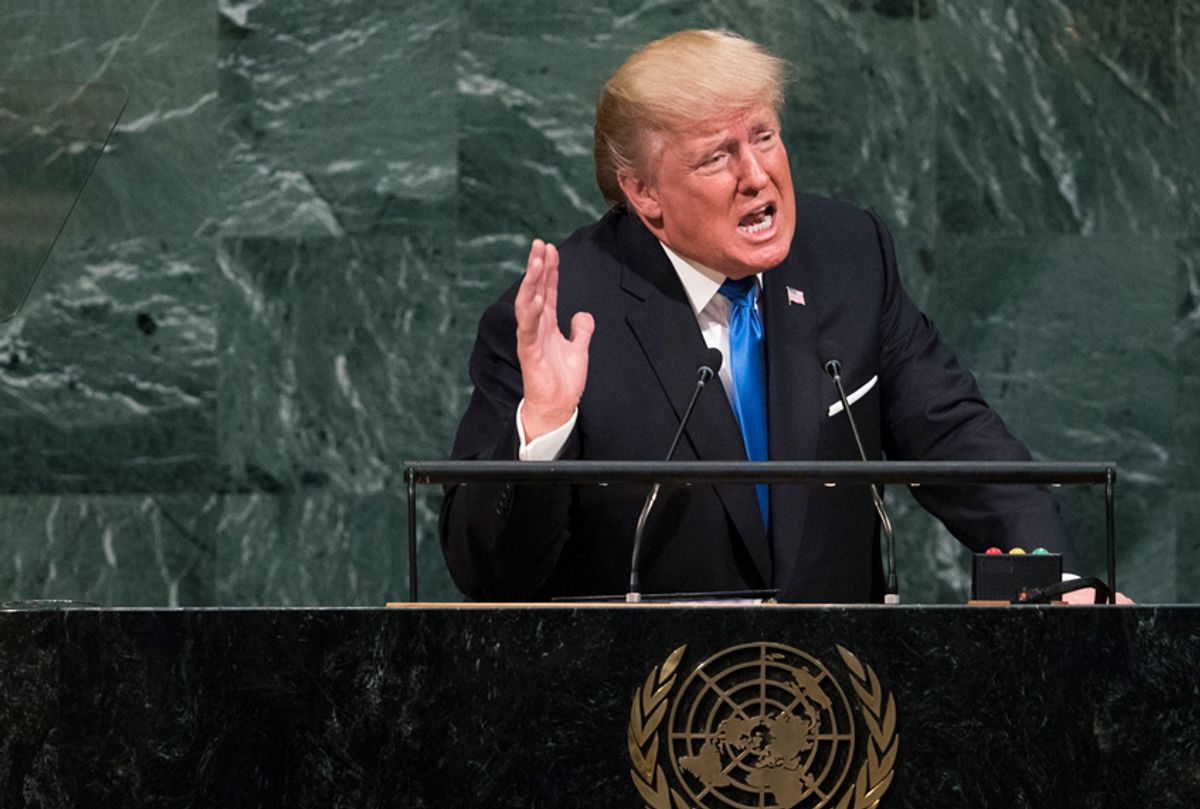 It is well known that President Donald Trump's incessant tweeting has caused him political problems, but it now appears that it may put him in legal trouble as well.

Trump's potential legal problem was highlighted by three tweets which he issued last month in response to the ongoing probe into alleged collusion between members of his administration and himself.

"You're not likely to get a charge because he (Trump) called somebody a liar in one instance. But the tweets form a pattern of conduct with the other actions he's engaged in where it starts to look like he is trying to undermine this investigation in many different ways and potentially trying to pressure those who are running the investigation or cooperating with the investigation," Noah Bookbinder, the executive director of Citizens for Responsibility and Ethics in Washington, told USA Today.

Bookbinder also told USA Today that Trump's tweets attacking Papadopoulos could be construed as a further attempt to obstruct the special counsel's investigation into the Russia scandal.

"To the extent the president’s tweets regarding the indictment of Manafort and Gates or the cooperation of Papadopoulos are knowingly false and intended to mislead investigators, influence the testimony of others or cover up what actually occurred, that could support an obstruction of justice case," Barry Berke, a partner at the New York law firm of Kramer Levin Naftalis and Frankel, told USA Today.

Trump's ongoing legal problems have not merely complicated his penchant for tweeting, but also created considerable stress in the White House. As a recent report in The Washington Post explained:

Some in the West Wing avoid the mere mention of Russia or the investigation whenever possible. Others take solace in the reassurances of White House lawyer Ty Cobb that special counsel Robert S. Mueller III will be wrapping up the probe soon and the president and those close to him will be exonerated. And a few engage in grim gallows humor, privately joking about wiretaps.

Cobb also tried to put up a strong front to the Post, "The people who have been interviewed generally feel they were treated fairly by the special counsel, and adequately prepared to assist them in understanding the relevant material. They came back feeling relieved that it was over, but nobody I know of was shaken or scared."