This Alex Jones parody is so good, Infowars is having a fit over it 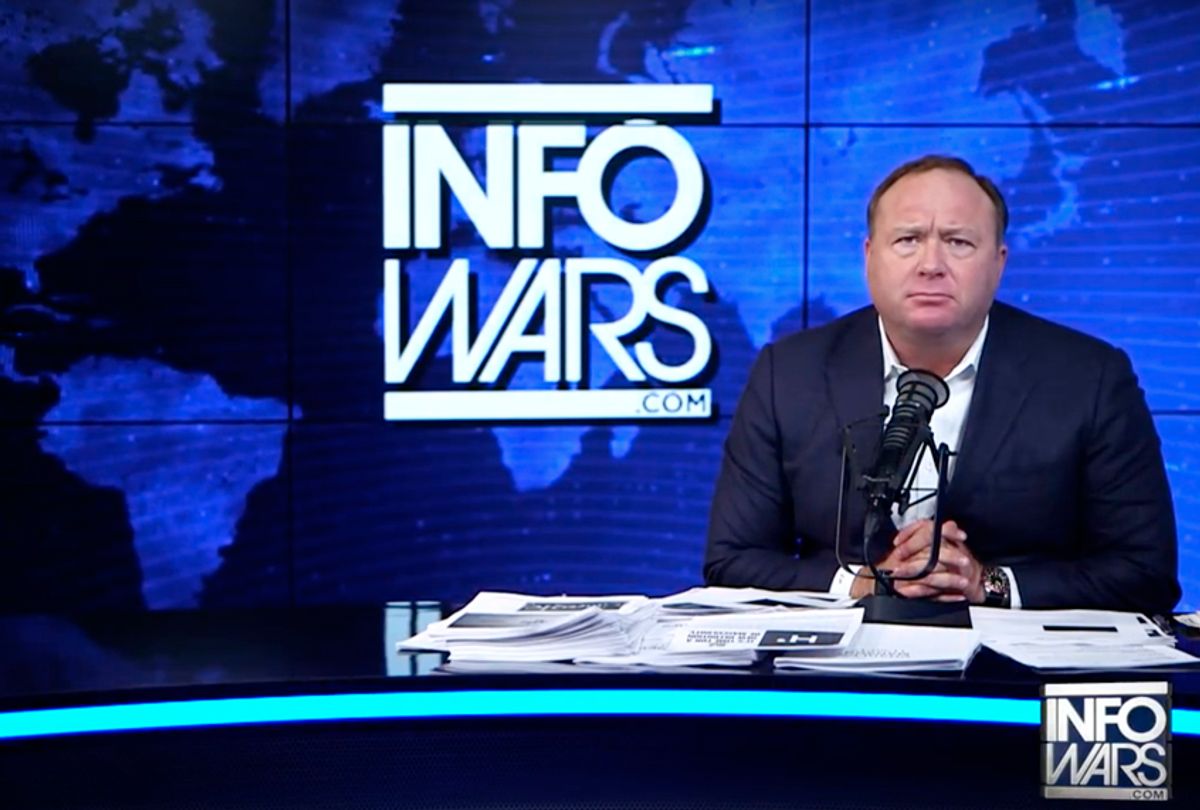 Honestly, it's pretty easy to parody Alex Jones. The gravel-voiced, vein-popping, conspiracy-theorist leader of his own mini media empire and health-supplement sales platform is so impossibly over the top that he lends himself to it. So hyperbolically buffoonish is the host that you sometimes have to wonder if his whole public presence isn't some kind of Andy Kaufmanesque art project critiquing modern broadcasting. Indeed, it may be.

The ease to which Jones lends himself to satire, however, doesn't make the web series "Lil' Alex Jones" from Cafe any less enjoyable. Starring a particularly feisty child, the mini-show zeroes in on Jones' outsized petulance which, let's face it, is only significantly different from that of a pre-teen in its subject matter.

Here, Lil' Alex Jones confronts the evils of Flintstones Chewable Vitamins, censorship at the book fair, his stepdad, Mark, and whatever shadowy cabal of illuminati is secretly pouring pee into his bedsheets. The tone is perfect, as is Lil' Alex Jones' constant hawking of snake-oil supplements, one of which is guaranteed to bring on puberty in children as young as nine.

Take a look below.

Indeed, so good is this stuff that Alex Jones' conspiracy and alleged plagiarism portal has gone ahead and made a target of Lil' Alex Jones and crew.

In a post titled, "Video: Lefty Parody Backfires, Pushes Gen Z to Conservatism" (in all caps, of course), Infowars contributor Jamie White writes, "The Left once again proves it can’t meme with ‘Lil Alex Jones’ show." Exactly when or how the left ceded its lead in the partisan Meme Race is not explained.

Perhaps somewhat surprisingly, White's post is almost entirely factual. Really, he spends more time embedding clips of "Lil' Alex Jones" than anything else. Proof that Cafe's videos are creating a shift towards right-wing politics in the 22-and-under set is not forthcoming.

"The Left has been trying to attack Alex Jones and Infowars with a myriad of parody shows," he writes, "including Comedy Central’s ‘The Opposition With Jason Keppler’ [sic] and 'Patriothole' by satirical website Clickhole." The last example isn’t a TV show, but don’t let this be the first time that facts get in the way of a good Infowars argument.

This again is true. He also states that "over the summer, YouTubers SuperDeluxe attempted to smear Jones with a Bon Iver parody song that has since gone viral and is now a mega meme," a reference that contradicts his previous text.

Now, at first blush, it appears that Lil' Alex has struck a strong enough nerve that Jones and Infowars, aggrieved and sullen, felt the need to lash out. Then again, given that White doesn't actually do much other than offer readers clips of the Cafe creation, maybe it's a sign that someone in Jones' camp enjoys the joke as much as we do and wanted to share it. It's unclear at this time.