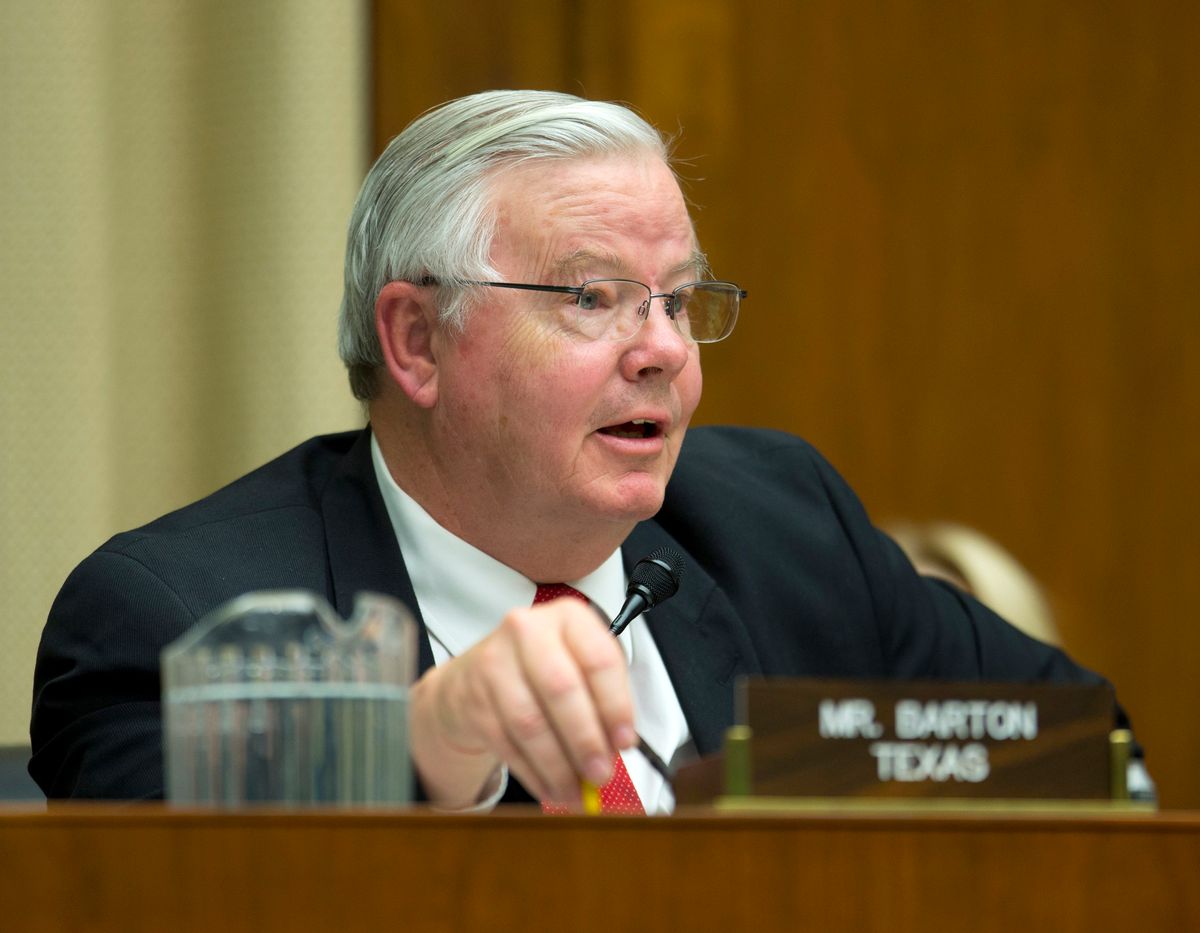 FILE - In this April 1, 2014, file photo, Rep. Joe Barton, R-Texas, questions David Friedman, the acting head of the National Highway Traffic Safety Administration, during his testimony on Capitol Hill in Washington before the House Energy and Commerce subcommittee on Oversight and Investigation. Barton told a constituent to "shut up" during a town hall meeting in his home district Saturday, March 11, 2017. (AP Photo/Evan Vucci, File) (AP)
--

Representative Joe Barton, R-Tex., has issued an apology after his nude photos surfaced on social media earlier in the week.

“While separated from my second wife, prior to the divorce, I had sexual relationships with other mature adult women," Barton said. "Each was consensual. Those relationships have ended. I am sorry I did not use better judgment during those days. I am sorry that I let my constituents down."

Barton, the longest-serving congressman from Texas, is adamant that the relationships — from which the photos surfaced — were consensual. No other women have yet come forward to dispute those claims.

Barton told The Texas Tribune, “You're as aware of what was posted as I am. I am talking to a number of people, all of whom I have faith in and am deciding how to respond, quite frankly."

Though GOP circles are questioning Barton’s political future, according to The Tribune, a spokeswoman says Barton has no intention to resign and will continue with his campaign. Barton announced earlier this month that he’s running for re-election.

The scandal comes at a time when victims of sexual assault are coming forward in droves, from accusations against Hollywood bigwigs such as Harvey Weinstein and Kevin Spacey to politicians such as Senator Al Franken, D-Minn., and Democratic Representative John Conyers Jr. of Michigan.