How to talk politics at the Thanksgiving table

A guide to keeping it civil with your liberal, conservative and everything in-between relatives 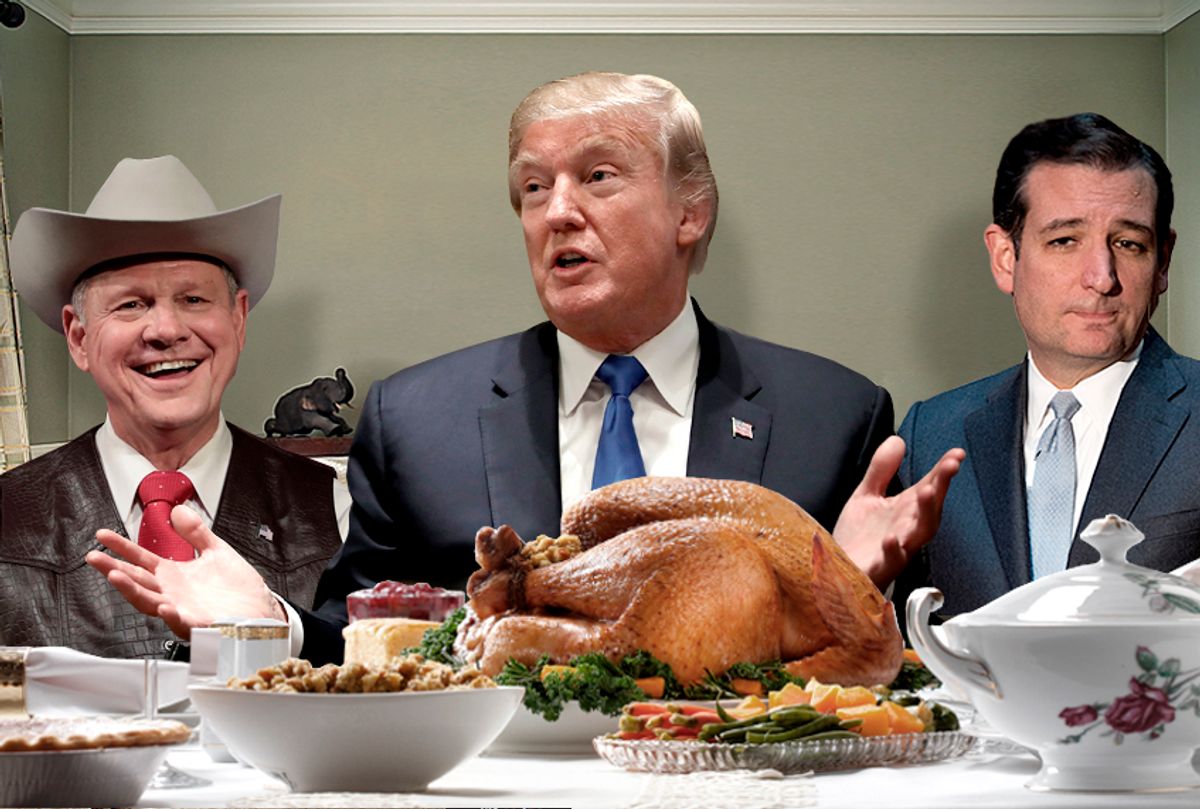 Considering that American politics have always been intensely polarizing, it makes sense that heated political disagreements will arise among impassioned family members when they're gathered for a big holiday. But is there any way to keep those conversations civil?

"Don't use liberal or conservative, Republican or Democrat. No generalization. No absolutes," Pete Dominick, a comedian and host of SiriusXM's "Stand Up With Pete Dominick," told me on "Salon Talks." "That stops the conversation. If I find out you're a conservative, I've decided everything about what I think you believe. And that's no good."

This advice is certainly a welcome way to start. If these conversations are going to happen no matter what — and let's be honest here, that is frequently the case — then at the very least it helps to establish ground rules that will prevent either side from feeling unfairly stereotyped.

It also helps to make sure no one feels attacked.

"Listen, we're in the room together. We gotta be here for the next three hours. I decided it was worth it to bring my family to Thanksgiving at your house, knowing that you were gonna be here, because there's other people I can tolerate," Dominick said. "The conversation's gonna come up, I'm ready to tangle, as long as it doesn't get too personal with name-calling."

In addition to making sure no one feels attacked, it is also important to make sure that people who insist on political arguing at least abide by certain ground rules. Back in August, I wrote up a series of rules that reduce the likelihood of people using bad sources or poor logic to present and defend their positions. If both parties in a debate can abide by common sense principles — such as using reliable sources and not turning their opponents beliefs into straw man arguments — then that abiding sense of fairness can win the day for both sides in a debate.

Watch the video above to learn how to have debates that remain substantive at all times. And, check out my full conversation with Dominick on Facebook to hear what he's learned from having an open mind and listening to a diverse range of perspectives on political issues.