Meet the Rozsa Rule: Here's how to weed fake facts out of political debates

These weird tricks (hi, internet!) might save you in a real-life political dispute with people using bad sources 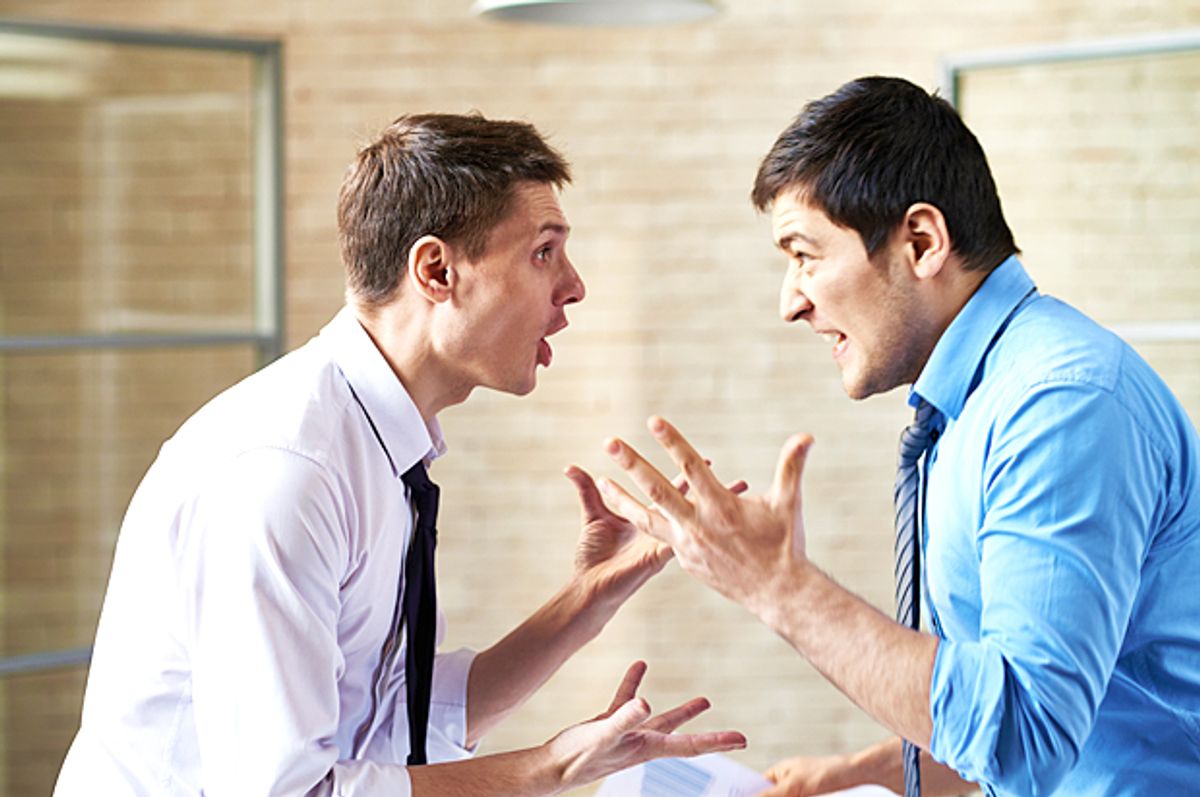 Political rhetoric is so superheated these days that, when creating the Rozsa Rule for Fair Debate, I decided it would be best to avoid taking shots at any particular ideology or point of view. As anyone who reads my work already knows, I am what my friend Brian calls "left of left-of-center" in my own ideology. (For example, I believe Michael Dukakis would have been one of America's greatest presidents). That said, these rules are designed to stop bad actors from my own side just as much as those with other philosophies.

The goal here is to end bad arguing tactics during in-person political debates.

The main difference between in-person political debates and the ones held online is that it's much more difficult to sift through the other person's sources in a face-to-face conversation. Both I and other people I know have expressed frustration at the ease with which their acquaintances can persuade listeners with faulty arguments based on shoddy research and biased commentary passing itself off as detached analysis (particularly if the evidence in question is linked in any way to YouTube or Reddit).

That is why I've come up with the Rozsa Rule. It contains three stipulations, all of them linked by a common theme: If someone wants their position to be taken seriously in an in-person debate, then anything they say about the opposing side must be substantiated by a neutral source that backs up their position. To ensure this happens, there are three requirements:

1. If video exists that one side says supports its argument, that party must show that video to all other parties in the debate. The footage must always (a) contain at least 60 seconds of unedited footage, meaning there can be no cuts and no interruptions from third-party commentary (either from other participants in the debate or within the video itself) during that span; or (b) must contain the entire clip, again unedited and uninterrupted, if the original source footage is less than 60 seconds long.

2. If text exists that one side says supports its argument, that party must provide one full page of such text (say, 500 words or so) and allow all other parties to read it without edits, abridgment or third-party commentary from either the printed text itself or other debate participants. If the original text is less than one page or about 500 words, they must be allowed to read the entirety of it within the aforementioned unaltered form.

3. Whenever a participant in the debate wants to express his or her point, they should be allowed 30 seconds in which to do so without interruption, but should not continue not beyond 60 seconds. If another party interrupts them during the first 30 seconds, the clock automatically resets; if they go beyond 60 seconds, they can be interrupted and/or cut off.

One purpose of these rules is to identify straw man arguments — that is, when one side misrepresents the positions taken by another in order to "win" the discussion. These can be especially tricky to call out in an in-person conversation, since realistically, no one engaged in those discussions is going to spend a lot of time watching unfiltered original sources. This is why YouTube political videos and other forms of designed-to-be-viral polemical media are so popular — they conveniently slice, dice and spice up the speeches, studies, reports, political articles and editorials (like the ones I write for a living) and other original sources that both sides will use to prop up their own positions and tear down those of their opponents. Even worse, they can engage in these distortions for minutes on end in a fashion that is entertaining and, for that reason, persuasive.

More often than not, though, these sources are at best biased and at worst outright deceptive. That's why the Rozsa Rule was designed to force people who try to win arguments by using these types of bad sources to allow other debate participants to see the original material themselves. Because it is unlikely that people engaged in a face-to-face conversation are going to want to read or watch source material for an extended period, the 60-second or one-page rule was applied. Better still, it forces participants who rely on propaganda to confront the weakness of their own reasoning. If you can't rebut what an opponent has to say without allowing them even one minute or one page without interference, then you are almost certainly not arguing in good faith.

In addition to weeding out straw-man arguments, the Rozsa Rule is meant to force everyone engaged in a debate to play fair. One of the worst things about the talking heads we regularly see bickering with each other on mainstream news networks is that, by constantly cutting each other off, they send the message that the person with the loudest and most persistent set of vocal chords is somehow the "winner" in their discussions. People don't always behave like that for that reason -- certainly I have interrupted people in the heat of the moment out of passion rather than sinister intent -- but that doesn't make it okay. The third stipulation in the Rozsa Rules is meant to ensure that no party is able to give off the appearance of "winning" simply by being the loudest instead of the smartest. Just as important, it guarantees that people who are reluctant to voice their opinions because of the likelihood of being shouted down will have their own voice.

I won't pretend that these rules are foolproof. If nothing else, that assumption would underestimate the tenacity and creativity of fools. But when I've insisted that they be applied in my own in-person political discussions, I have invariably found that they elevate the quality of the exchanges and helped all parties feel that they were allowed to participate. If you have an ideology worth following, there is no good reason to oppose these common-sense guidelines.

If you find them objectionable, on the other hand, maybe that's a sign that your point of view isn't as defensible as you think.