Can a transgender actor ever be just an "actor"?

Hari Nef is frustrated with the way she's been talked about — but don't journalists have a duty to identify? 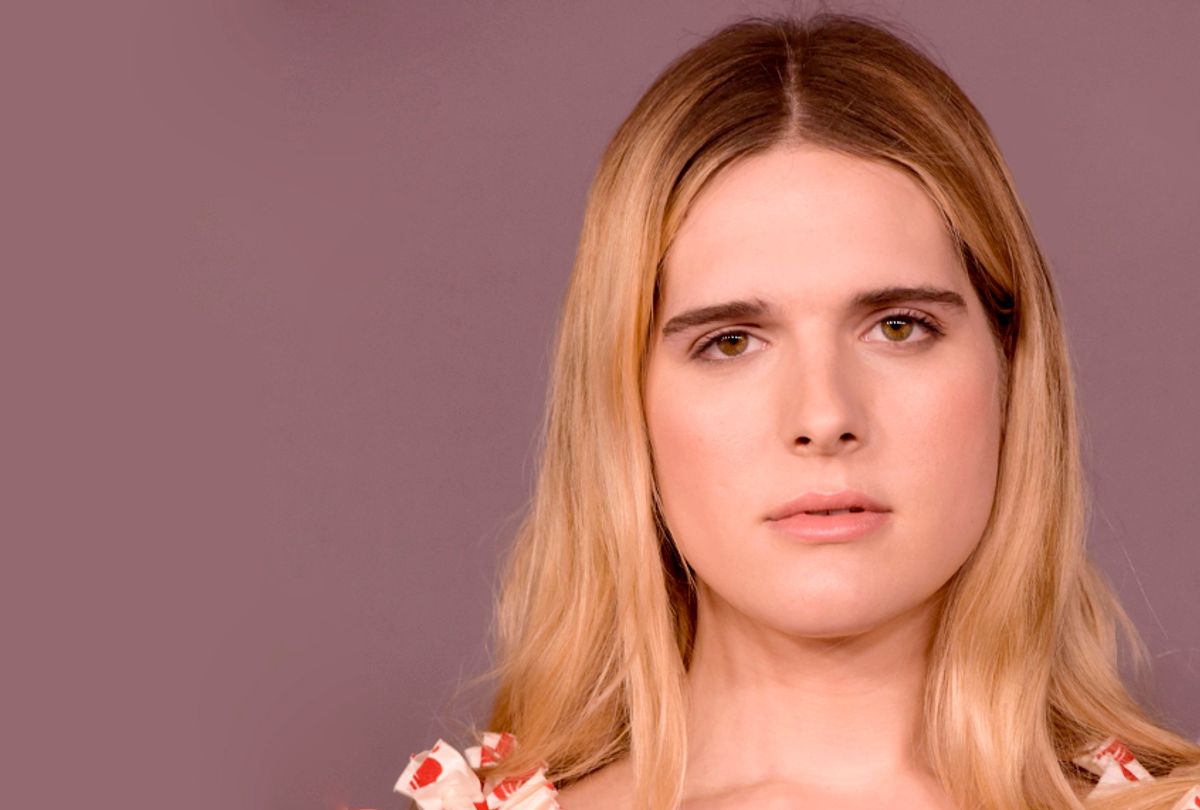 Many accomplished artists — actors, musicians, writers — are able to transcend the attributes society attached to them that are, quite often, part of what made them famous in the first place.

Beyoncé is a black musician, for certain, and proud of it. But, by now, that does not circumscribe her value. Nor does Ellen DeGeneres' queerness make her just or only a queer talk-show host.

But when does this transcendence take place? Who decides when it does? It is the media? The individual? The public? As of late, Hari Nef is forcing people to ask just these questions.

An accomplished actress and model, Nef has been featured on Amazon’s "Transparent," walked runways for some of the biggest fashion houses and appeared on the pages of magazines such as Vogue, Elle, Love and the like. At the moment, she's the face of Gucci’s new fragrance, Bloom.

Nef's trans identity is often something she wishes would surface only when it’s relevant. However, the bulk of reporting and profiles covering Nef centers on her gender identity, not her job or her ability to do it.

“Transgender model Hari Nef,” InStyle calls Nef in a tweet about her campaign with L’Oreal. “Transgender Model Hari Nef On the Cover of Newly Launched Magazine,” says The Forward.

In a piece on a LACMA gala, where there was no correlation between trans issues and the evening, the Los Angeles Times first identified Nef as a “transgender actress” as well, much to her dismay.

“Last night you asked me about my gender identity. i did not answer. in today's [LA Times] you published my gender identity. why?” Nef said in a now-deleted tweet directed toward the article’s author. Afterwards, the Times amended the text, but failed to address the change in a footnoted update, a norm in journalism.

After Marie Claire named Nef one of the “Women Changing the World We Live In,” it seems she reached some kind of breaking point. Nef tweeted that she was tired of being named an activist when she had rarely spoken on trans issues in the past year.

i actually haven’t said much of anything at all in regard to trans issues on the public record in 2017. i barely talk about gender at all https://t.co/FgNEn4o8p7

it’s a shame i’m so consistently framed as a distuptor/activist because there are folks in this field changing the world who get less press — hari nef (@harinef) October 11, 2017

i’m gonna say it again in as clear of terms as i can muster: don’t call me trans. don’t talk about it. don’t project an agenda onto my work

So the question remains, why are we identifying Nef by her gender identity when she herself is trying to operate in the entertainment industry without stressing it? Certainly we don’t do the same for people who are cisgender.

The why of it is debatable, though the results are clear. Singling out Nef and other famous trans people in this way has the effect of implying that their fame is unusual, that they don’t otherwise belong, that their gender identity outweighs their talent. It's easy to see why Nef would bristle at that.

Moreover, making Nef out to be the a constant and consistent trans activist actually devalues the serious work of actual activists, from Janet Mock and Laverne Cox to Mara Kiesling and Chelsea Manning. Not that Nef needs to be an activist simply because she is transgender.

Nothing above is said to downplay the extreme obstacles trans people face in the United States and across the world.

In day-to-day life, trans people experience job discrimination, high rates of unemployment, poverty and homelessness and an all-around lack of representation in the media. All of it takes a toll.

In America, the average life expectancy of a trans woman of color is a mere 35 years due to the preventable health issues and suicide that results from a life on the outside looking in. There is also the question of the violence trans people encounter. Indeed, one advocacy group projects that 2017 will be the deadliest year for transgender Americans on record.

Giving trans people exposure is, thus, crucial and possibly lifesaving. It reminds trans people who have yet to reach a comfort level with their identities, who are harassed, or who are young that not only does life get easier, but that they can be just as successful as cisgender people. It allows them to believe, as we all should, that they can to be whoever they want and that merit, not identity, should always be the key value.

In this sense, Nef is actually an inherently activist presence in entertainment. Given that her trans identity is both intrinsic to the way the world sees her and something important for the world to see, her success is a boon to the trans community whether she herself speaks out or not.

Remember that, to this day, cisgender men win awards for playing trans women in TV shows and movies, that magazines declare straight couples who share each other’s clothing gender pioneers, that trans characters are often relegated to storylines revolving around violence and sadness.

Nef, simply by doing her job without comment, serves as a corrective to much of that, and the effects of her work could be be lasting.

Given all that and given that Nef’s gender identity is how the world came to know her alongside her talents, does she have the right to decide how her identity surfaces in conversations about her?

For some in the community, being tied to a trans identity is less than problematic. Model Arisce Wanzer, for one, is satisfied with the press identifying her as a "trans model."

"I don’t mind being called a 'trans model.' When I was growing up, all there was on TV were trans people being portrayed as wrong or evil," Wanzer told Salon. "For me to be able to show young trans kids out there that I am here, that’s my everyday activism."

Wanzer also feels that, due to her gender identity, her career has continued to thrive in ways that those of cisgender models would not. Wanzer has been named one of "the 15 Greatest Transgender Models" by OUT and made national headlines for being the first trans model to land the cover of Spiegel, a historic 111-year-old catalog magazine. Wanzer feels that this success has done the work of normalizing her identity, something she so desperately needed as a child.

Even if not every trans talent out there is unhappy being labeled as a trans this or a trans that, it's easy to feel for Nef. It would be fair if she were sick of talking about something that only she is assumed to be an expert on, fair to be tired of her gender identity being brought up as a reminder that she is considered different by the mainstream at every turn in her career.

Perhaps that's why Nef has made it abundantly clear that she does not want to be seen as a trans activist or a trans anything. She'd rather be simply a model, simply an actress. There's a value to that that's beyond personal.

As explained above, her doing those things without comment is its own kind of victory in the struggle to normalize non-cisgender identities. By not differentiating herself, she's making trans people seem not so different.

All of this begs the questions: Should the media take Nef’s request into account or should she remain a trans model in the journalistic roll call? Is Nef’s gender identity always relevant? If the way the world has come to know Nef is by her gender identity, one could argue that reporters have a duty to reflect that identification in their writing . . . right?

Not really. Not anymore.

Stressing a subject's gender identity before all else reinforces a notion that the subject is not woman, model or actress, but a trans woman, a trans model, a trans actress. It says famous people who are trans are only famous because they are trans. It suggests that there will always be an asterisk beside whatever they accomplish, that their efforts and output should not be judged with the same scales applied to cisgender people in the same positions. This is a mainstreamed version of the same mindset that keeps the trans community at the margins and under fire.

None of this is to say trans accomplishments shouldn't be celebrated or that trans people shouldn't be called the first trans this or the most successful trans that when they themselves want it stressed. It's just to say we need to quietly afford to trans people a place in society alongside those who are cisgender without making it a big deal. That's how things actually change.

So, journalists covering trans entertainers, maybe it's time ask yourselves if you were writing a similar story about a cisgender person, would their identity be the first thing the readers see? Would it be mentioned at all? No? perhaps it’s time for a rewrite.