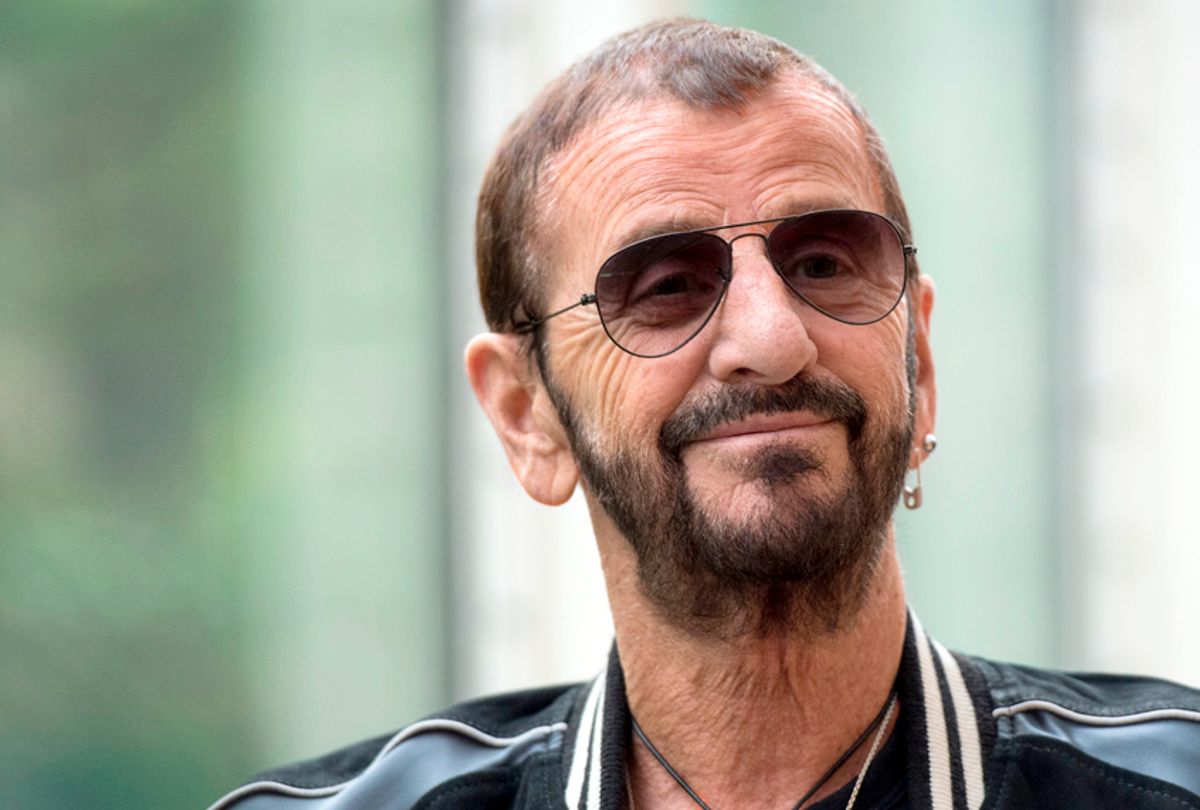 On CNN’s "New Day with Chris Cuomo" on Monday, Breitbart’s senior-editor-at-large Joel Pollak defended embattled Republican Alabama Senate candidate Roy Moore by citing the Ringo Starr song “You’re Sixteen You're Beautiful (And You're Mine).” The song was originally written by the Sherman Brothers and performed by Johnny Burnette in 1960.

Pollak tried to argue that Starr, who was 33 at the time he first recorded the cover, is comparable to Moore because he once released a song professing love for a fictional teenage girl. Moore, on the other hand, is accused of making unwanted sexual advances on actual teenage girls, which is somewhat different.

“In 1973, Ringo Starr hit number one in the Billboard charts with a song ‘You're Sixteen You're Beautiful (And You're Mine),’” said Pollak. He went on to say that Ringo “was 30-something at the time, singing about a 16-year-old."

Chris Cuomo stopped Pollak at this point. “You think that Ringo Starr's song is supposed to be a nod towards allowing 30-year-old men to prey on teenagers?” he asked. “You don't believe that, Joel.”

Pollak then attempted to defend Roy Moore by noting that sometimes, allegations of sexual abuse are false, even though he acknowledged that they’re usually true.

“Can you think of another case where you had more than five women coming forward, who don't know each other, with allegations of this nature — and they were found to be false?” Cuomo asked. When Pollak struggled to come up with a response and instead tried to pivot to scandals involving Democrats, Cuomo said “You can’t come up with a single case where women in this volume have been exposed as part of some conspiracy to undermine a man running for office."

Pollak responded, “You started this segment by saying allegations of child molestation, right? No, there's only one single allegation of a woman who was under legal age.” Volume, for Pollak, seems to be key.

Cuomo went on to point out that, in addition to the girl who was 14 at the time of Moore's alleged assault, another woman who accused the former judge was barely of legal age at the time of the incident, arguably too young to have a man in his 30s making advances on her with or without consent.

"She was very young to have somebody who's that age come on her, let alone if it was an unwanted touching, known as an assault," Cuomo said. Indeed, without consent, unwanted physical touching, which is what is alleged in these cases, is often a legal matter.

Pollack went on to note with a bit of terror the increasing number of women who feel empowered enough to speak out against their alleged assailants after years, sometimes decades, of feeling silenced by a titled justice system. Men now face the risk of being “exposed to accusations that may or may not be true," Pollack said, "and that’s a new thing.”

It is indeed a new thing that the public is less and less prone to calling women liars or telling them that they are remembering an incident incorrectly when they make allegations of sexual abuse. Of course, not all men accused are guilty (some are victims themselves). Though accusations perhaps shouldn't always be taken at face value, they are now at least being listened to, something that appears to have disturbed Pollack — enough so that he's dragged poor Ringo Starr into the mess the GOP has created for itself.