Reminder: James O'Keefe has a history of failing to discredit journalists

The conservative activist has already been discredited. But he still keeps trying 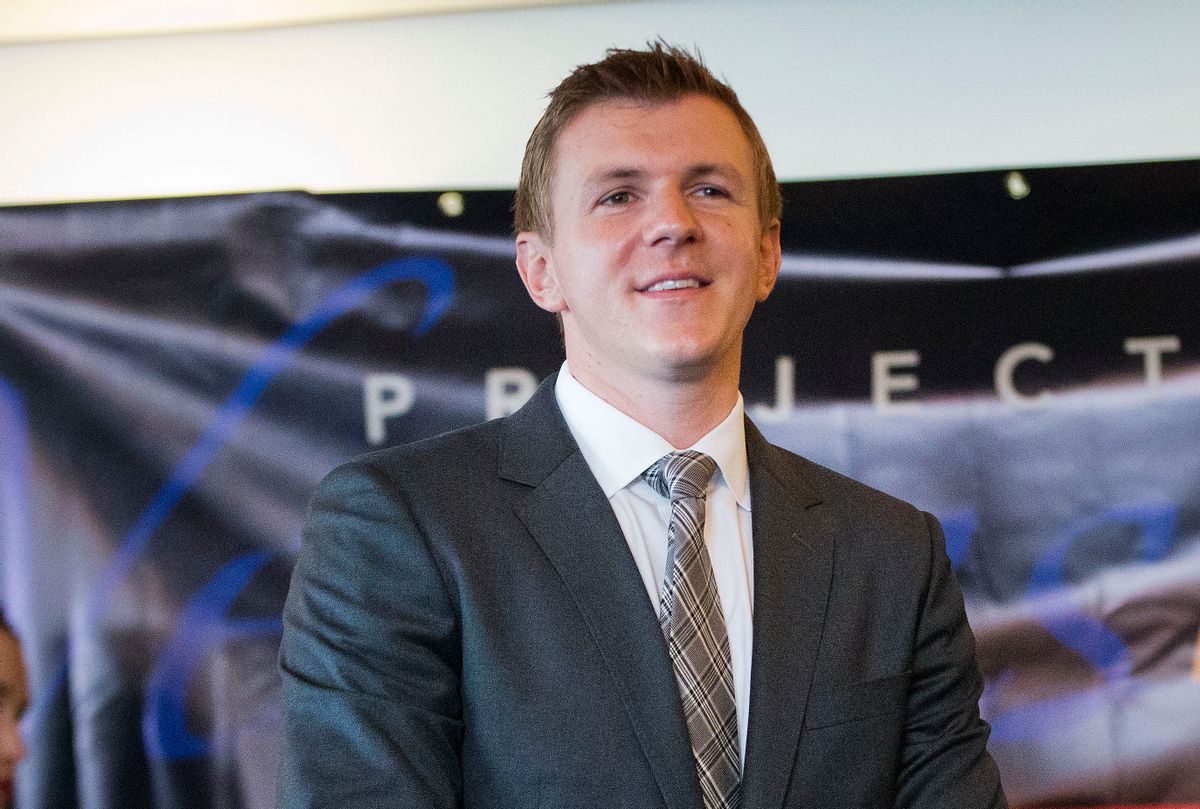 It is time for the media to stop talking about James O'Keefe. The fact that the conservative documentarian's work is still regarded as newsworthy borders on journalistic malpractice on a massive scale.

On Tuesday, O'Keefe got in trouble when his organization, Project Veritas, was exposed in an attempt to trick The Washington Post into believing a fake story from a woman claiming to have been impregnated by Alabama Senate candidate Roy Moore. The woman, Jaime T. Phillips, who had ties to Project Veritas, told reporters from the Post that she had had an abortion after sleeping with Moore in 1992.

After the Post discovered inconsistencies in her story — including a GoFundMe account she had forgotten to take down that detailed her ambition to "work in the conservative media movement to combat the lies and deceit of the liberal MSM" — they confronted Phillips about them and eventually saw her walk into Project Veritas headquarters on Monday. Later, a reporter and videographer from the Post confronted O'Keefe about his attempt to entrap their organization.

O'Keefe was caught in a transparent attempt to frame The Washington Post for journalistic irresponsibility, and it was virtually certain that his organization selectively edited whatever footage they have and released it in a deceptive fashion, so that it could hurt the Post's reputation. That was proven when the Post released the full, uncut version.

How do we know this? Because O'Keefe has done this many, many times before.

In 2009, O'Keefe paved the way for the destruction of ACORN — a collection of community-based organizations that helped register low-income voters — by deceptively editing footage to make it look like one of its chapters was willing to help a pimp (played by O'Keefe) smuggle young girls into the United States as prostitutes. In 2010 he pleaded guilty, along with three co-defendants—two of whom posed as telephone repairmen in the scheme—of entering the office of Sen. Mary Landrieu, D-La., in New Orleans' Hale Boggs Federal Building, under false pretenses. That same year, they tried to trick CNN Correspondent Abbie Boudreau into going on a boat filled with adult devices and then record her.

By 2014, O'Keefe was caught releasing deceptively edited audio footage about Josh Fox, the director of the anti-oil documentary "Gasland." O'Keefe tried to depict Fox as being interested in accepting money from a shady company, even though Fox released undoctored footage proving that O'Keefe had cut Fox turning them down. He was also caught in attempts to trap the Hillary Clinton campaign, billionaire George Soros' nonprofit Open Society Foundations, the League of Conservation Voters and the Michigan affiliate of the American Federation of Teachers.

No reputable media outlet, regardless of its political views, has the right to cover as serious or reliable any of the work produced by this man or his cohorts. He has been exposed as a liar many times before and, while it is unlikely that he will stop his pernicious activities in the near future, the very least the media can do is dismiss any material produced by him or Project Veritas as toxic to the touch.

CORRECTION: An earlier version of this story stated incorrectly that O'Keefe posed as a telephone repairman and attempted to tamper with phone lines in the 2010 scheme to enter Sen. Landrieu's office under false pretenses. Two of O'Keefe's colleagues, who pleaded guilty alongside O'Keefe and a fourth co-defendant, posed as telephone repairmen while O'Keefe filmed them. The story has been updated.